Graphics card pricing has gotten so high it's to the point of being prohibitive to either upgrade or enter PC Gaming in general. This is where something as beneficial as GeForce NOW streaming service really comes in to save the day. Is it as good as gaming natively on your PC with a mid to high end graphics card? No. Is it close enough to give you a good gaming experience? Yes.

We got into the Open Beta going on right now, you can apply yourself too here, and were eager to try this service out in our own lab away from controls of others like we saw at the NVIDIA suite at CES. I was eager to try it out on an older MacBook Pro 2009 model, but due to a failed reinstall of the MacOS we had to divert to the Windows client, not nearly as impressive as running something like Middle Earth: Shadow of War or PUBG on more modern hardware. But we pulled all the GPU power from our X370 test bench and tossed on a simple Radeon R7 250 with 1GB of VRAM and proceeded to set it all up. 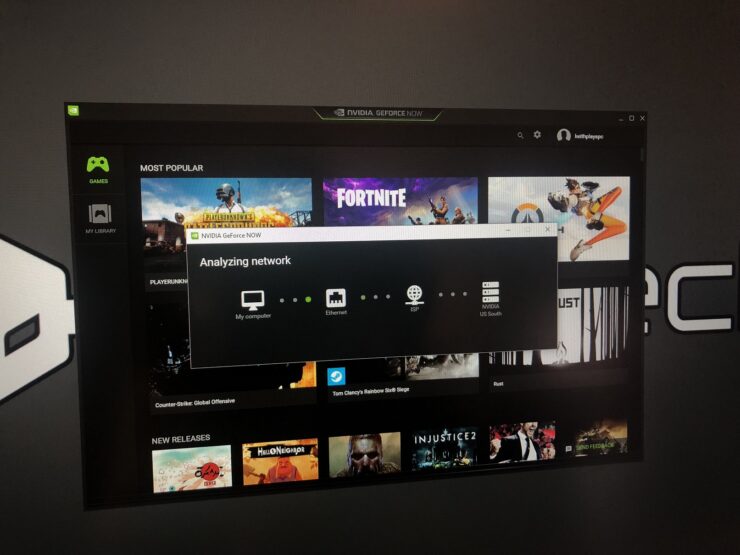 Even with my paltry 45 down / 6 up connection I was only greeted with a warning of potential stutter of 1% of frames. To be honest, I was expecting worse but it didn't actually take long to get everything running smoothly. Installation speeds were out of this world, yes I know it's all offsite on their servers, but it was literally seconds from the time I hit install on Batman Arkham Knight to when it was loading up for the first time, and that's over 50GB of game data.

We wanted to actually show how this whole process works from login to gameplay with a newer AAA title, Middle Earth: Shadow of War, and a more popular title like PUBG. The video runs fairly long, but we cut out the dead time for PUBG so you could see how it works in its early state.

Right now the Open Beta is free and you'll only have access to games you own already or can purchase games if you wish. So if you've got a computer that can turn on, chances are you can now turn it into a gaming PC until prices come back down to earth for that flashy new graphics card you really wanted.