EVGA, One of the leading partners of Nvidia has announced two new graphic cards which are based on the new Geforce GTX 400 GPU “GTX 465”. EVGA released two variants of the graphic card, one is the stock one with reference clocks and other is the SuperClocked (SC) version. The stock card comes with 607/3206 MHz (core/memory) while the SuperClocked clocks are pushed to 625/3240 MHz which is just a slight overclock rather than a super. 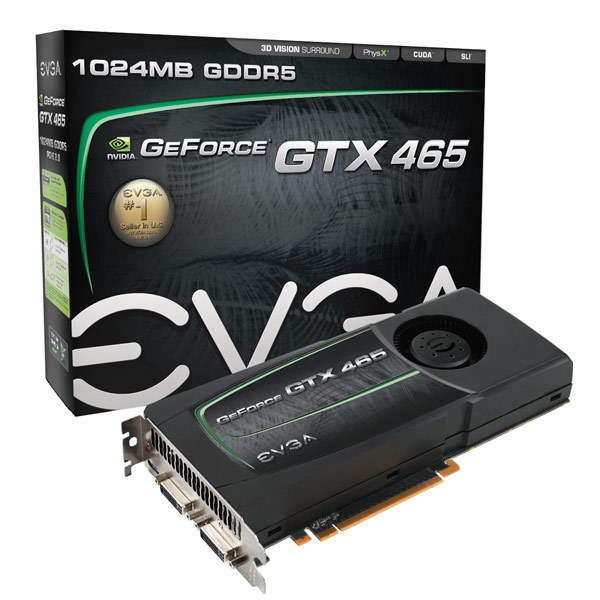 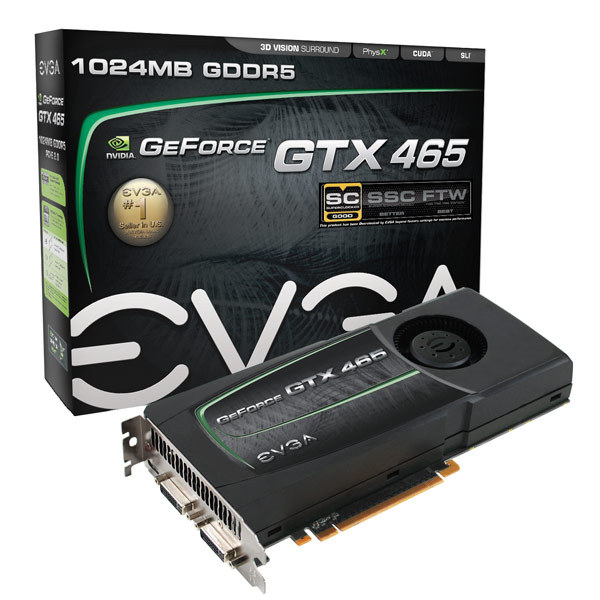 The card packs the same 352 Cuda cores as the reference with 1GB memory buffer and a 256 bit wide memory bandwidth and GDDR5 memory. The price of the reference card from EVGA is 279$ while the superclocked is priced at 299$.