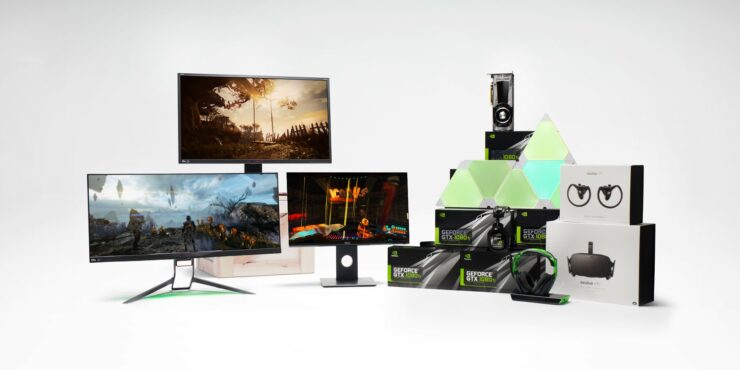 Looks like the guys at NVIDIA GeForce aren't sitting on the sidelines. This year at E3, they've got their first booth in several years going on the floor. They'll be looking to show off Destiny 2 running in 4k at 60 FPS along with other games like Absolver, PlayerUknown's Battlegrounds, as well as Project Cars 2.  It'll be interesting to see what all they have in store for visitors and viewers alike this year as it seems that over the past few years E3 has given even more airtime to PC gaming than ever before.  With Intel now sponsoring the PCGaming show it's possible we may see NVIDIA take some time on the stage as the past years PCGaming show was sponsored by AMD and utilized as a stage to make some big announcements on their end.

But let's get down to brass tacks on this one, the real star of the show.  The bigger announcement here is NVIDIA's E3 2017 #GAMEREADY contest where they're giving away a ton of goodies ranging from one of 50 GeForce GTX 1080 Ti graphics cards to the mythical GeForce GTX G-Assist (just a Storage drive, so don't get crazy here).

If you're wondering how you enter just follow this here link and all the information you'll need in order to enter will be there. I just thought this might be something our readers would be interested in, after all who doesn't like the chance to win some free gear, right?

If for nothing else the chance to get your hands on an April Fools joke become sorta reality. The GeForce GTX G-Assist was one of the April Fools gags that got me laughing, but at the same time wondering if they would bring something this novel to the market in the form of a USB storage device.  Looks like they did, and just in case you missed that gag we're throwing it in right here for you.