The Coalition is back with the Gears of War series, but this time they've dropped the 'of War' so I guess war does change sometimes. Our review for Gears 5 isn't up yet but when it is we'll link it so you can easily find it if that was what you were looking for.  Here we'll be looking at Gears 5 PC performance and how the cards I have in office stack, up.  Gears 5 is a bit of an interesting one from a release standpoint as it released on Xbox as well as the multiple stores on the PC; Steam as well as the Xbox PC App and Windows Store.

For our testing, we are using the Xbox PC app version that came along with my Xbox Live Ultimate Subscription. Because of this, we are limited to DX12 Fullscreen but not having the ability to use exclusive fullscreen which can impact performance somewhat but without the ability to change that then the performance is what it is, hopefully, that'll get updated one day.   We tested Gears 5 using the in-game benchmark but used FrameView to capture the frametime output and then used our same tool as usual to extract AVG FPS, 1% Low, and .1% Low frame rates.  For those who want to use OCAT, Presentmon, or FrameView be aware that MsBetweenDisplayChangeActual =/= MsBetweenPresents as when running a DX12 program in a non-exclusive format will send MsBetweenPresents on a triple buffering like pacing, often causing performance to look the same across multiple cards only because of the way DX12 and Windows is handling the screen, odd but if you're running a variable refresh rate panel then you'll likely see MsBetweenDisplayChangeActual = MsBetweenPresents so long as you stay within the variable refresh rate window. The in-game benchmark is quite a bit more taxing than typical gameplay and will represent some of the lowest performance you'll see in the game, you will see performance like this in the game just not always.

With that out of the way we used the Ultra Preset but made one change as the Animation Quality is set to "Auto" but we changed it to "Best" and when running these tests I do not let variable settings take effect if at all possible. The below screenshots show the entirety of the settings we used for the testing of Gears 5, outside of the resolution of course.

Testing presets at 4K gives us a couple of quick metrics before diving into the game too deeply.  First off it shows us how the game looks at various presets as well as how performance scales with those settings.  Gears 5 does a better job of squeezing out more performance from the "Low" setting than most games I've tested recently, but the image quality is clearly low.  But seeing as how it more than double the frame rate from the Ultra setting if you find yourself on older hardware it at least offers you the ability to give it a go, however at this point you're better off running it on an Xbox because those textures are ugly!  The "Medium preset has an obvious improvement to image quality but at the trade-off of a pretty big hit to performance, one I would be willing to take for the improvement.  Moving up to "High" doesn't appear to have a major impact when playing, but when looking back you actually see that there are assets now in the game that were missing from the lower settings, take note of the drain grates on the street for example. Moving to "Ultra" is most evident in the lighting of the game and how it reacts to the world, honestly, I would find it nearly impossible to see the difference between "High" and "Ultra" when the game is in motion. 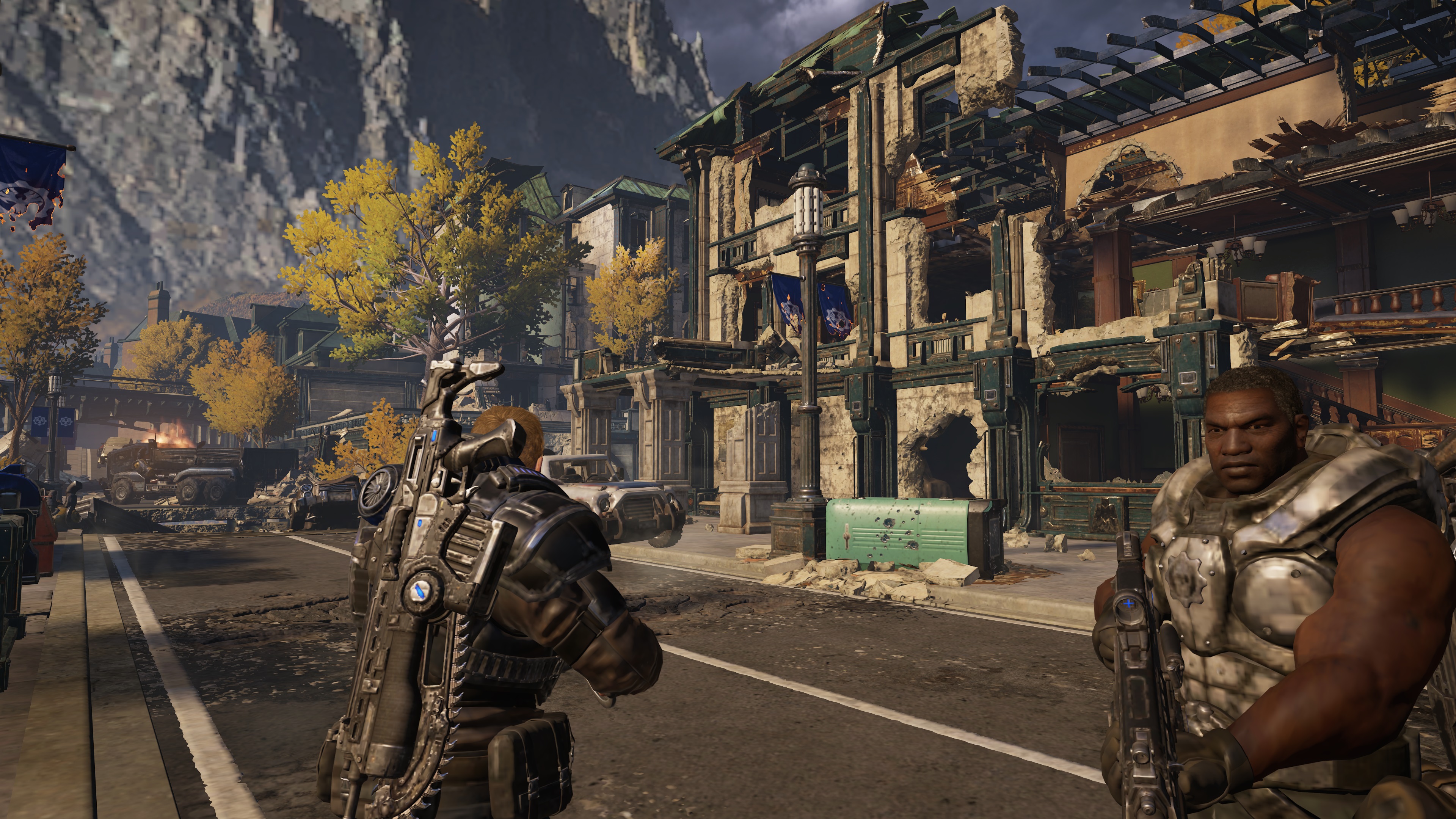 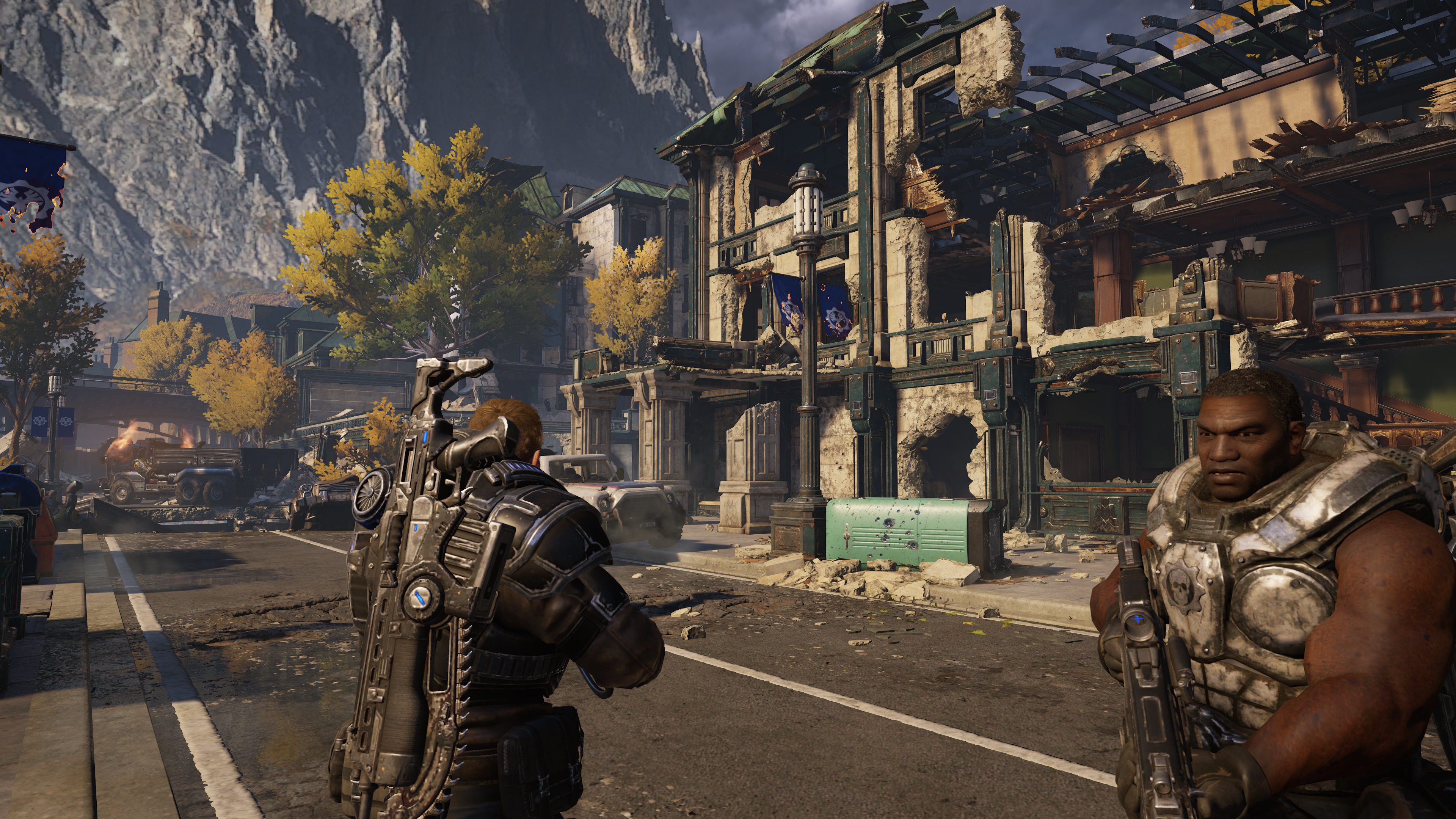 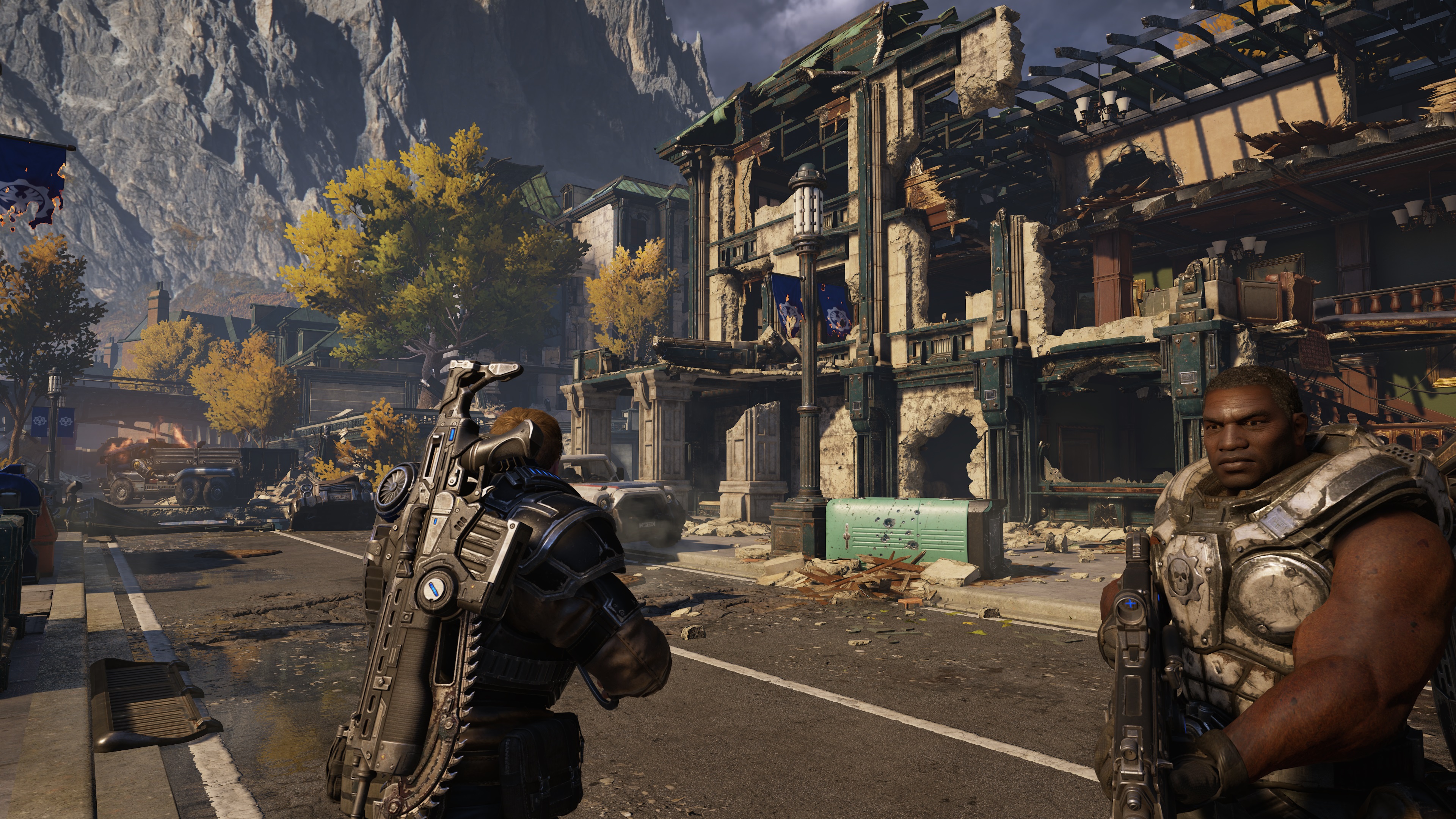 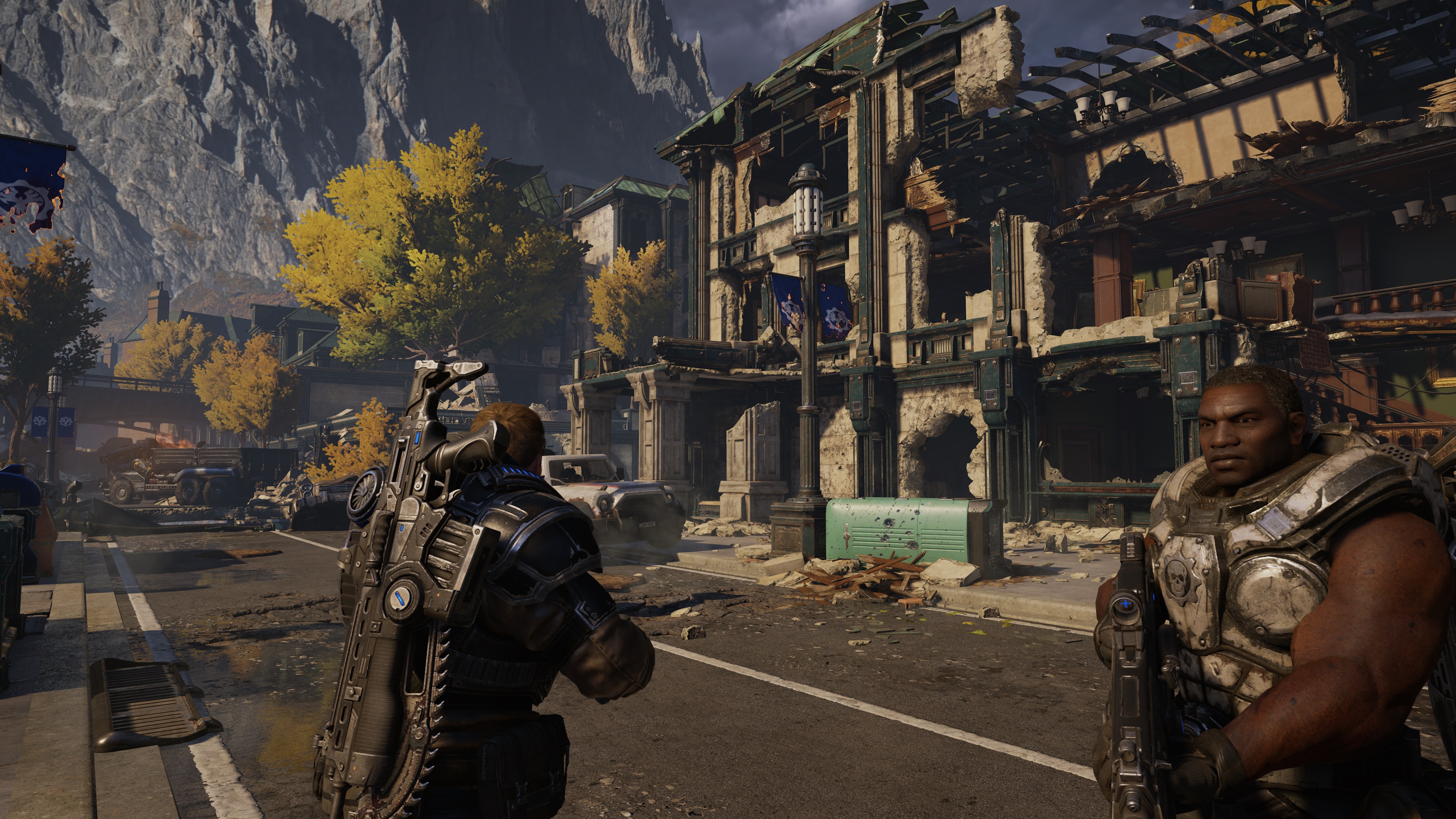 While this test won’t tell just how many cores and threads the game can and will use, it does show how the game performs as you move up in cores and threads available. These were tested at the 1080p settings that we tested the rest of the results while pairing the CPU with the RTX 2080 Ti Founders Edition.  You'll notice a new 4th bar in this chart and that's the GPU Bound % number indicating how much of the performance is bound by the GPU so that you can actually see the dropoff, this was part of the conclusion from the in-game benchmark and when it is available from the games I will be including it as it's a good quick visual to see where things are really bottlenecked.

In Gears 5 we see that bringing more to the table doesn’t necessarily mean more frames. Once you hit 4 cores and 8 threads the improvement is modest at best and shows the game leans very heavily on the GPU for its performance. While at least a 4 core 8 threaded part would be ideal we have to keep in mind that this is at 1080p with the highest end gaming graphics card, so even a basic quad core will serve anyone with a midrange card adequetly.  The most curious take-away is the fact that this game will even run at all on a Dual-Core, while that makes me sigh a bit at least those still clinging on aren't locked out of this one.

Before I get too far into the conclusion, I want to reiterate that the in-game benchmark is quite a bit more taxing than typical gameplay and will represent some of the lowest performance you'll see in the game, you will see performance like this in the game just not always.  That said, Gears 5 shook things up quite a bit in the way graphics cards stack up and how they handle this game.  The team over at Radeon gave some deep attention to their Navi based 5700 Series when it comes to average framerates as they're miles ahead of the Vega cards, unfortunately they still mimic previous generations when it comes to 1% and .1% performance.  Radeon does show some strong numbers in the lower mid-range with good performance on the RX 580 and RX 570.  GeForce performance is an interesting one with Pascal bringing more to the table than I expected while Turing brings much tighter performance between the average and bottom frame rates resulting in a typically smoother experience.  Overall, everyone is performing in this one and the game looks great at higher detail settings and as long as you're not pushing the frame buffer of your graphics cards outside of its walls then you're going to find yourself in a good place with Gears 5. So everyone, rev up your Lancers and get ready to Roadie Run!