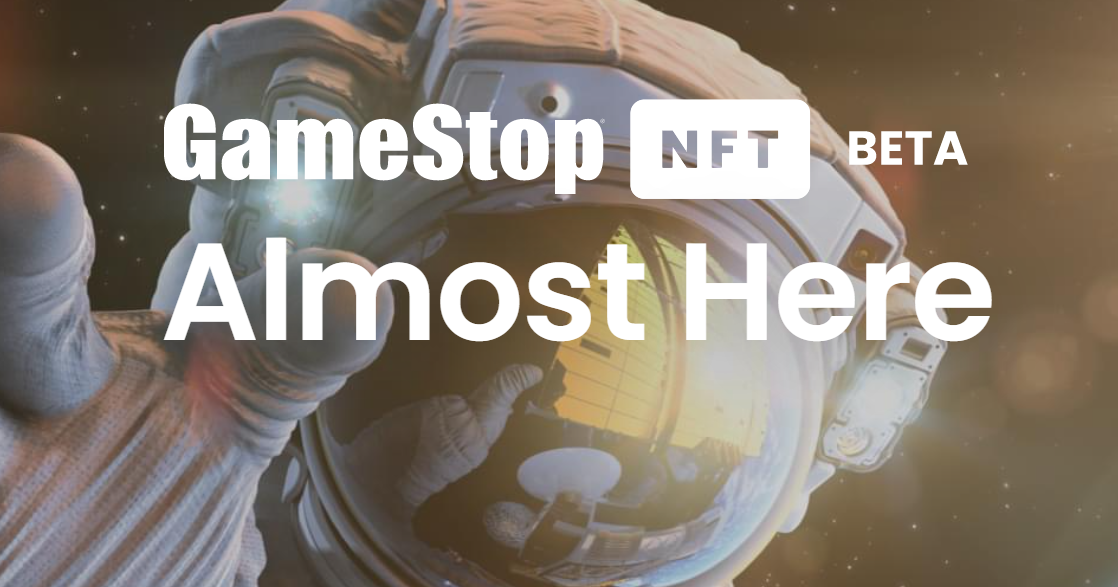 GameStop (NYSE:GME), a retailer of eclectic gaming-related items, appears poised to launch its transformational NFT-focused marketplace a lot sooner than previously expected, as per a tweet by the co-founder of Immutable X, Robbie Ferguson.

While noting the apex position of Immutable X when it comes to the transaction value of NFT trades, Mr. Ferguson indicated that "4+ major [NFT] marketplaces" would integrate with Immutable X's open order book in the next 8 to 12 weeks:

And this is without the 4+ major marketplaces integrating w/ @immutable's open orderbook in the next 8-12 weeks.

Of course, GameStop's NFT marketplace, which is expected to host billions of low-cost, in-game digital assets and NFTs, including digital real estate and in-game skins, is expected to feature in this august list of early participants, alongside OpenSea, Coinbase, and VeVe.

For the uninitiated, Immutable X is now an Ethereum Layer 2 (L2) partner for GameStop's NFT platform, which is built on Loopring's technology. Immutable X claims to be the first layer 2 on Ethereum that is specifically geared toward NFTs, allowing "zero gas fees for trading and minting NFTs in a carbon-neutral environment". Immutable X claims that it can process up to 9,000 transactions per second. The platform also minimizes custodial risks as users retain private keys. Finally, the Immutable X Mint allows users to create and distribute assets (based on ERC-721 and ERC-20 protocols) in a convenient and secure manner. As a refresher, the L2 is an entire protocol that is built on top of the Ethereum blockchain. The protocol interacts with the main blockchain via smart contracts – programs that automatically execute actions when certain conditions are met.

Robbie Ferguson has tweeted that 4 major marketplaces are integrating with @Immutable in the next 8-12 weeks.

If one of those is GameStop NFT, this would place a launch date between June 1st and June 30th, 4-8 weeks sooner than #GME’s launch deadline of July 31st, 2022. https://t.co/8aDOjedMOa

This brings us to the crux of the matter. GameStop had previously announced the end of July as the likely timeframe for the launch of its bespoke NFT marketplace. However, as per the tweet by Mr. Ferguson, the four major NFT-focused marketplaces, including GameStop's initiative, are likely to be integrated with Immutable X's open order book within the next 8 to 12 weeks, or between the 01st and the 30th of June 2022. Should this eventuality materialize, GameStop would be able to launch its NFT platform a lot sooner than previously expected.