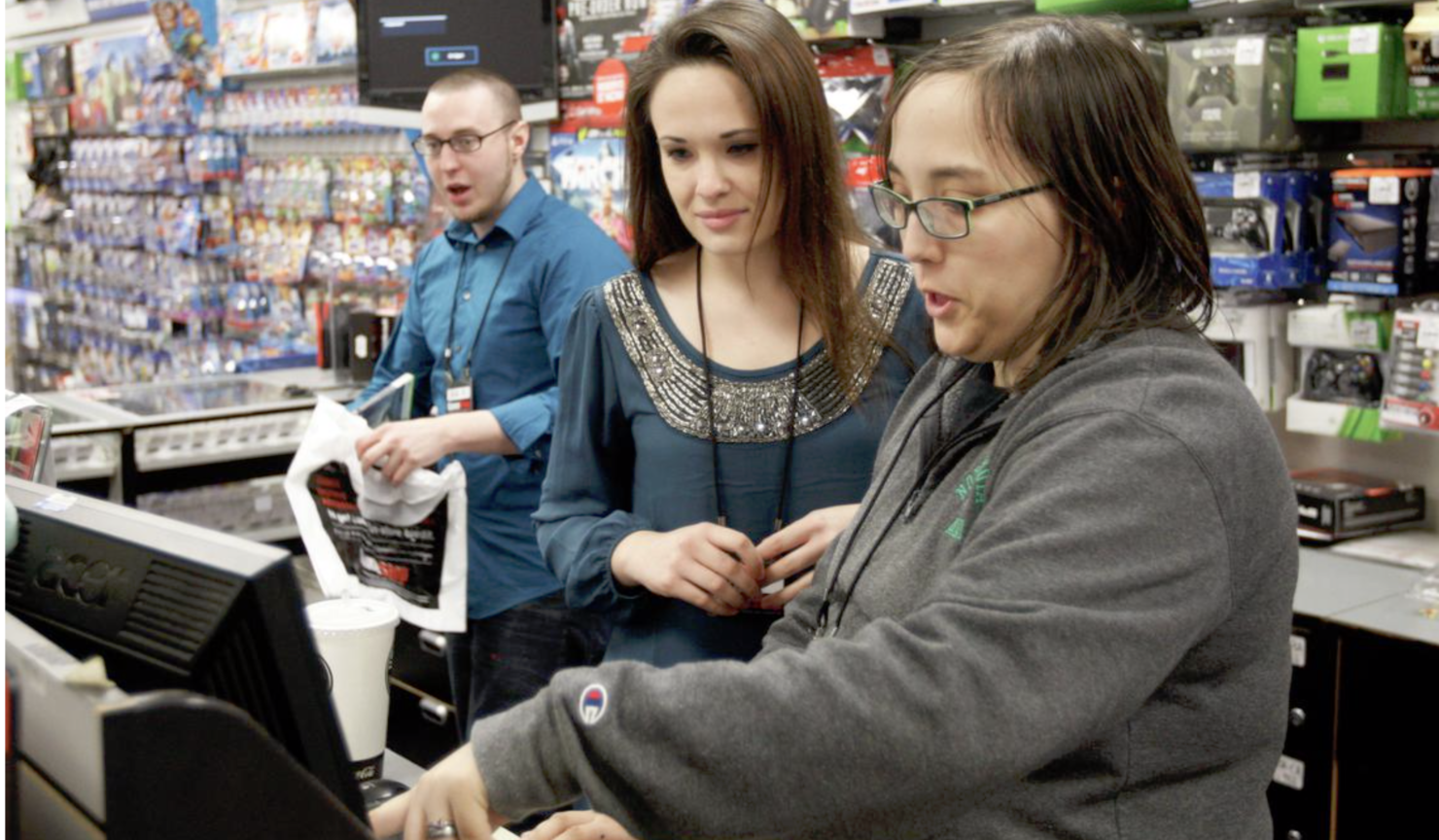 Struggling brick-and-mortar video game retailer GameStop Corp (NYSE:GME) posted its sales results for the 2019 holiday season yesterday, and the numbers did not provide good news for either the company's investors, its management or its employees. GameStop's operating at the end of a console-cycle and competing with digital marketplaces at the same time. This combined pressure from both ends has put the company's management in a difficult stop as it looks to stay the course until new gaming consoles from Microsoft Corporation and Sony Interactive Entertainment hit the shelves later this year.

In the nine weeks of the holiday season ending on the 4th of January, GameStop Inc reported $1.83 billion in global sales, for a 27.5% decrease from 2018's holiday season that ended in January last year. The drop has prompted GameStop to confirm that annual revenues for the retailer will now be below the guidance that it gave at its most recent earnings release.

For the full fiscal year 2020, GameStop believes that its comparative store sales will drop by at least 19%, resulting in an adjusted Net Loss for the year. Prior to yesterday's report, GameStop was believed to post positive earnings per share ranging between $0.10 - $0.20. 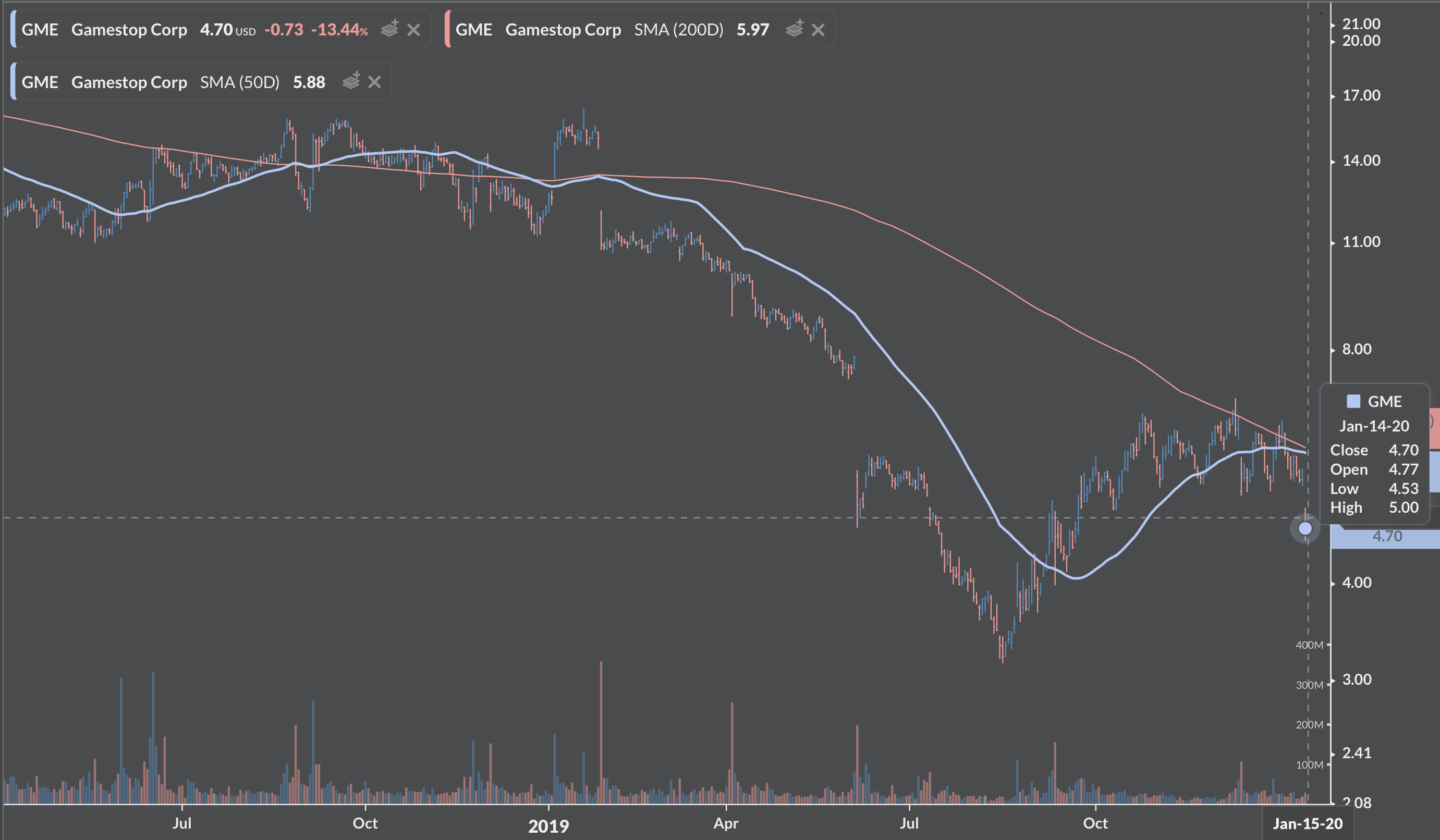 GameStop dropped by 13% during the day's trading after yesterday's dismal results.

Following GameStop's holiday season earnings results yesterday, the company's Chief Executive Officer Mr. George Sherman and its Chief Financial Officer Mr. Jim Bell presented the management's point of view at the ICR Conference 2020. Gamestop's top executive stuck to the company line that a tail-end of the console cycle is proving to be difficult for the company this quarter as its customers have put off their purchasing decisions after next-generation consoles launch later this year.

To boost his claims, Mr. Sherman pointed out that upcoming gaming consoles will feature slots for physical disks, and that they will be backward compatible. Both these factors, when combined with GameStop's existing "loyalty base" will enable the retailer to turn things around post-new-console-launch.

Highlighting his company's plans of riding out decreasing sales and an increasing shift to online video game retailing, the executive highlighted that GameStop (NYSE:GME) is changing its cost structure and reevaluating global footprints. The company has been aggressively shutting down stores in Europe, and Mr. Sherman believes that not only will these changes help his company in 2020, but that the retailer is currently in the final stage of implementing them. 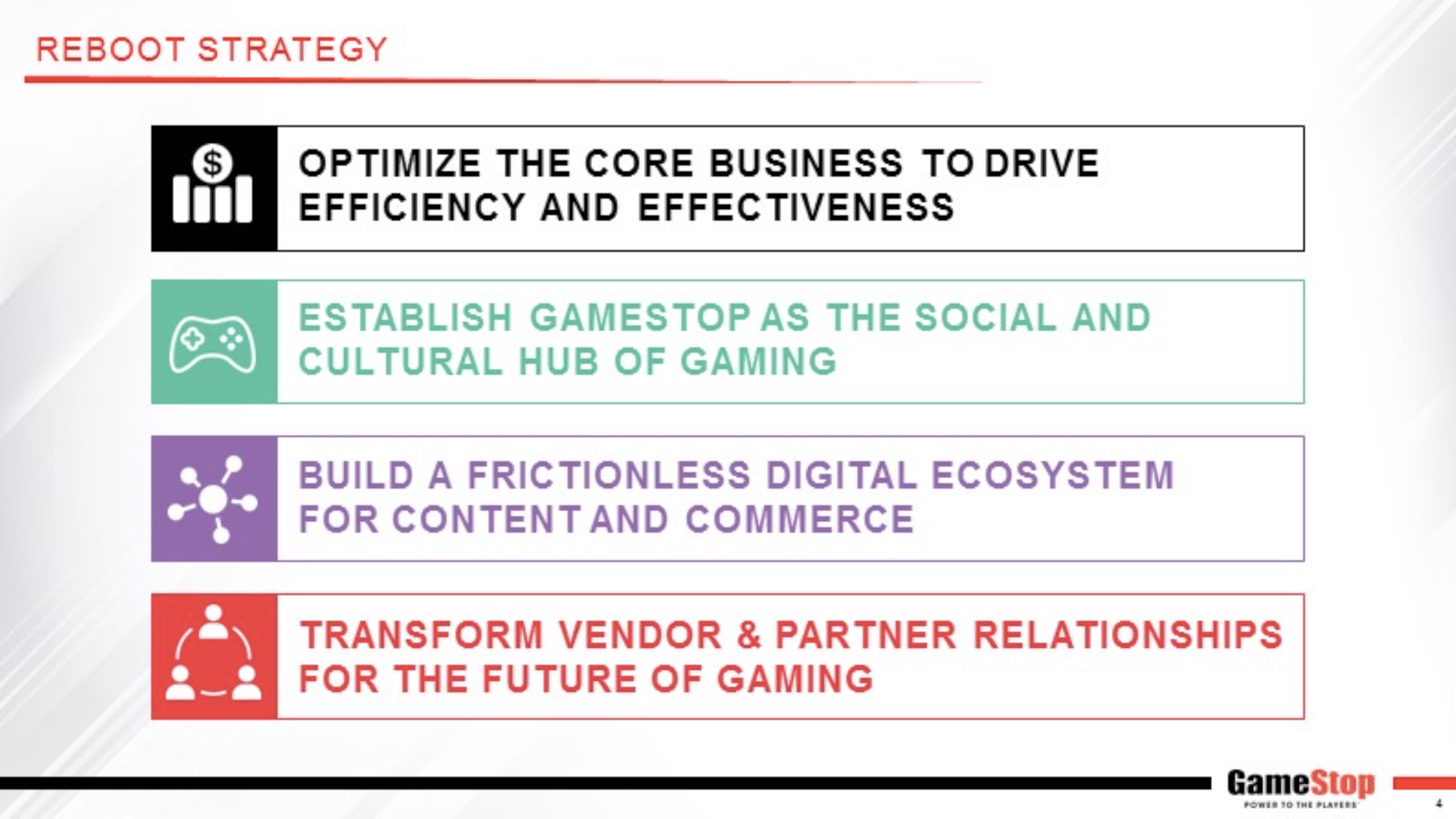 At the ICR 2020, GameStop reiterated its commitment to the four pillars of its ReBoot strategy.

Pre-Owned Game Sales Will Have Natural Resurgence, GameStop's Knowledge Base With Retail Support Is Critical To Company's Partners

The C.E.O also believes that as the console cycle refreshes later this year, GameStop's revenue from Pre-Owned game sales will also pick up. It has enjoyed massive margins in the category, but between fiscal years 2018 - 2017, GameStop's revenue in the category dropped by approximately $300 million and Gross Profit dropped by $167 million. Commenting on his company's database of gamers and customers and knowledge base, Mr. Sherman stated that GameStop (NYSE:GME) can evaluate a customer's likelihood of making a purchasing decision, and guide its customers through the process of purchasing and owning a console. This is a fact that GameStop's retail partners Microsoft Corporation, Sony Interactive and Nintendo are cognizant of believes the executive.

Finally, C.F.O Mr. Bell highlighted GameStop's capital allocation measures and balance sheet performance. As per the details, the company has retired $400 million worth of debt, bought back $220 million of stock and continued to exhibit positive cash flows. The executive stressed GameStop's need to extract the maximum amount of revenue from each store, and he highlighted that the company's current strategy of "de-densifying" its retail fleet falls in line with this objective of optimizing the revenue GameStop can earn from stores within a geographic area.

GameStop's total cash and liquidity have dropped by $100 million, and the company's earnings results due in March will tell us whether this drop comes from repaying creditor obligations or a further decrease in sales.

"We have a very exciting gaming console launch coming at the end of the year, we don't know the date any more than you do, we see the same speculation, the same buzz on it. We know that they're great devices, we know that they're technological step-changes; this is an evolotion that is going to bring far far more exciting developments to gaming and we firmly believe that story - the thesis for us holds. We recognize the tough sales we announced yesterday, we recognize the tough sales ahead of us, but we also recognize that we're doing a lot of work around the hygeine of the business, our expense structure, our store footprint, so that we can really parlay the opportunity coming our way at the end of the year which we really believe is heading our way to GameStop stores," stated Mr. Sherman,.