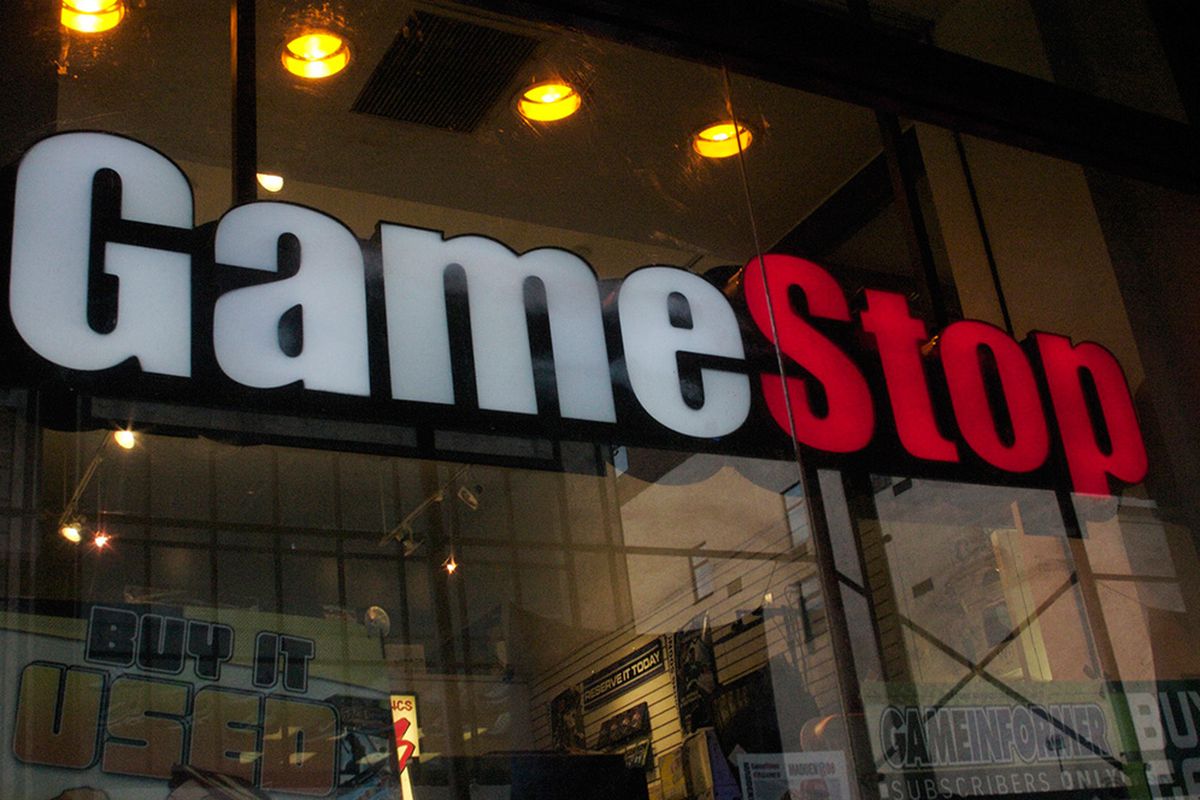 GameStop (NYSE:GME), a retailer of video games, consumer electronics, and gaming merchandise, has remained in the focus of a devoted crowd of retail investors throughout this year, who believe that the company’s stock is being unfairly targeted by short-sellers. Now, however, the company can decidedly tip the balance in its favor by playing its cards shrewdly.

GameStop made waves recently by activating a dedicated website for Non-Fungible Tokens (NFTs). While the details are scarce at the moment, the website references players, creators, and collectors, thereby indicating an incoming ecosystem to cater to the gaming community. The page also links an Ethereum-based contract address. As a refresher, NFTs are digital imprints of photos, videos, and other digital files that are stored on a blockchain. Additionally, NFTs are also being used to develop and monetize video games, hence GameStop’s logical interest in this field.

As with all things related to GameStop these days, this development has spurred quite a lot of speculation on Reddit. One comment on the GameStop discussion thread caught our attention: 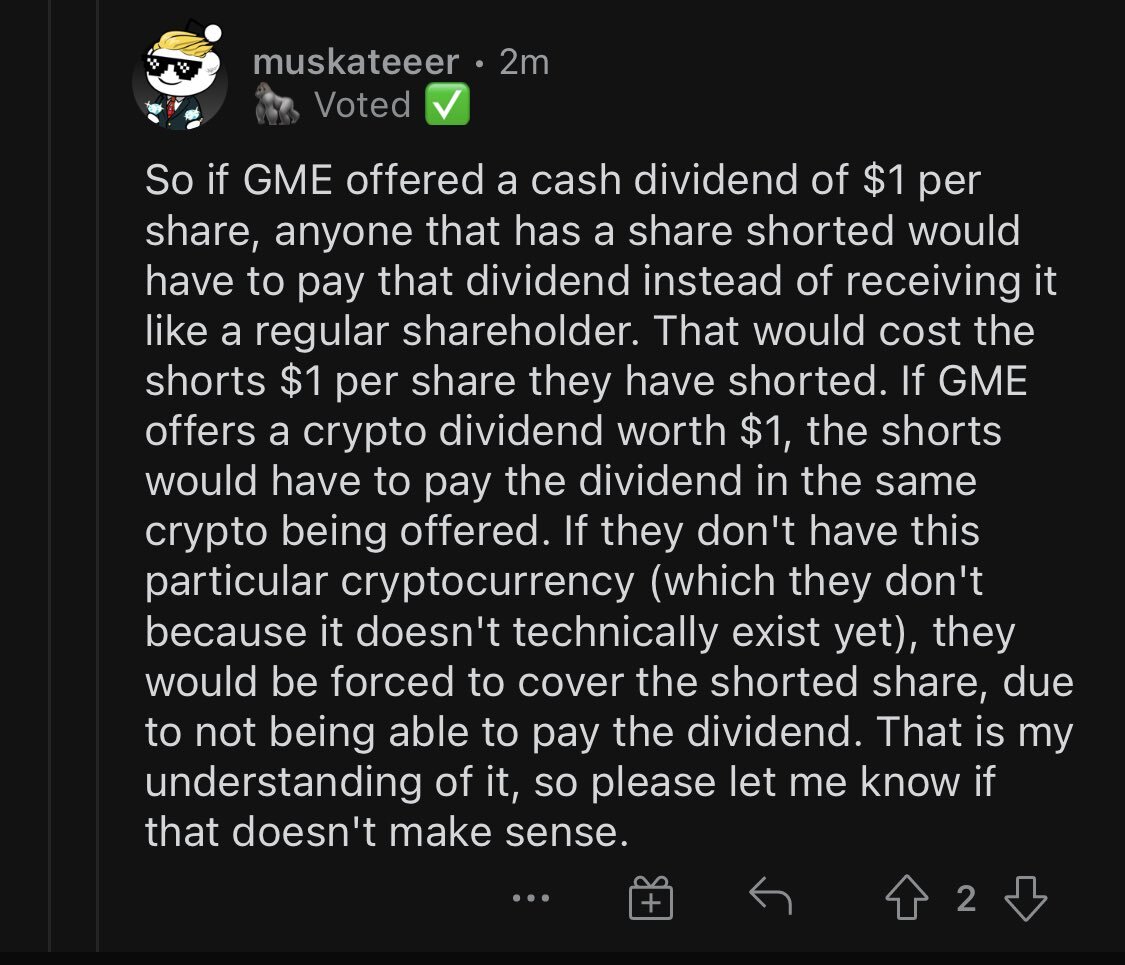 As is evident, the Redditor u/Muskateeer made some brilliant observations. However, the conclusion drawn is erroneous because companies can’t issue dividends in something that does not exist at the time. Moreover, GameStop has not been profitable since 2017. Since dividends are a share of the total profit, this approach won’t work. So, what will? Let’s delve deeper.

Overstock (NASDAQ:OSTK) became a pioneer last year when it issued digital dividends, where 1 share of the OSTKO blockchain-based security token was offered for every 10 shares owned. Bear in mind that a security token is simply a digital representation of a security – in this case, a share. However, it must comply with securities laws. Since GameStop is not profitable, it can’t replicate this move. But the company can do something similar.

We recommend that GameStop implement a share buyback program using either a security token or an NFT that would be deemed a “security” by the SEC. As a refresher, the SEC has used the Howey test to stamp the “security” label on various offerings of digital assets and cryptocurrencies, thereby bringing these offerings within the purview of the securities laws. In layman's terms, if an NFT is marketed and sold with the expectation of a future return on investment, it would generally be deemed a security. So, how will this scheme work? Well, it would work mostly like a regular share buyback program, with the caveat that the GameStop shareholders would receive either a dedicated security token or an NFT – again deemed a security – instead of cash. Whichever path is chosen, the token under consideration should be freely tradable. In order to boost the transaction volume, this token should ideally command a discount when purchasing video games or merchandise on GameStop’s NFT platform. Assuming that GameStop is able to secure a cut on each transaction on its native NFT platform, the entire arrangement can pave the way for the company to recoup a large proportion of the cost of its share buyback program!

Implementing a share buyback program in this manner would allow GameStop to not only recover at least a part of the overall cost but also dramatically boost the share price of its stock. This, in turn, would allow the company to raise additional capital at elevated prices by clearly communicating this intention well in advance of the launch of the said program. Let us know your thoughts on this idea in the comments section below.