Gamescom 2014: Until Dawn Re-Revealed Exclusively for PS4 with a New Dark Trailer

Until Dawn, a horror adventure video game title that was previously expected to be launched as a PlayStation 3 exclusive title, has now been re-revealed for the latest PlayStation 4 console by Sony at its Gamescom 2014 PlayStation press conference. The game now allows players to use DualShock 4 controller instead of PS Move controller, and features a richer story. The latest re-reveal trailer of the game has been shared below. 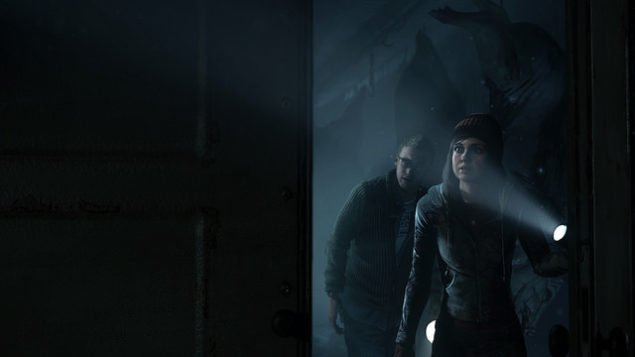 During its Gamescom 2014 PlayStation Press Conference today, Sony re-revealed Until Dawn, which was formerly a PlayStation 3-exclusive game, for the PlayStation 4 console. The game is currently being developed by UK-based developer Supermassive Games, a studio that is known for its work on PlayStation Move titles like Start the Part, Tumble and Walking With Dinosaurs, as well as some core PlayStation games like Who: The Eternity Clock, Killzone HD, and some parts of LittleBigPlanet 2 and LittleBigPlanet.

Until Dawn is not a newly revealed title and it also has a bit of a mixed history. The horror game was revealed for the first time via a leaked trademark back in 2012, and in August 2012, Sony officially unveiled the game exclusively for the PlayStation 3 console. The game eventually disappeared from view in the same year, and in May of 2013, the developer confirmed that the development work on the game was still in progress. Earlier this year, Shuhei Yoshida, the boss at Sony Worldwide Studios mentioned that Until Dawn would be a great fit for PlayStation 4's virtual reality headset, which is known as Project Morpheus.

Until Dawn's trademark was renewed last month and the game finally appeared on the list of games that Sony was bringing to Gamescom. Finally today, the platform holder re-revealed the game for the latest PlayStation 4 console. Until Dawn has now been completely remade with a darker theme and richer story. Below, you can watch the brand new trailer of the game.