The first gameplay from Halo 5's Blue Team campaign mode has been uploaded to Youtube. The gameplay includes the missions 'Blue Team' and ' Enemy Lines'. 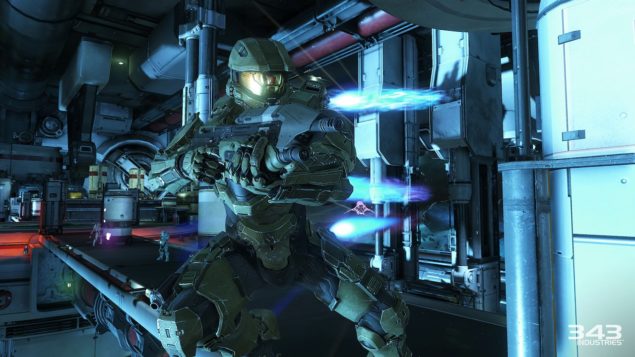 Yesterday we posted on how new details for the game’s multiplayer mode had allegedly been leaked on Reddit. Today Youtube user Ready Up Live has uploaded new gameplay taken from Halo 5’s campaign mode, including an into cinematic prior to the start of the campaign mission ‘Blue Team’.

You can find the gameplay video’s below. I advise checking them out fast, before Microsoft takes them down.

Halo 5: Guardians will feature 2 playable opposing teams – Blue team and Red ‘Osiris’ team. According to 343 Industries they are telling the story of the game from two different perspectives, with opposing protagonists.

The Master Chief and the other members of Blue Team are some of the few remaining members of the SPARTAN-II program. Proven veterans of the Human-Covenant war, they’ve known one another since childhood and trust one another on a deep level. In that regard, they’ll help the Chief fill a void of companionship left in Cortana’s passing.

343’s has deliberately designed the 2 two teams to provide visual contrast with one another:

Blue Team have a heavier, more weathered feel. Their technology is proven, reliable, and practical in nature. Fireteam Osiris (red) represent a new generation of Spartans. Their armor is sleek and modern, technologically advanced and displaying less wear.

Halo 5: Guardians will be available on October 27th, exclusively for the Xbox One.