GAME is among leading UK based online video game retailers, it also has a large chain of local stores which cater to the customers' need for gaming products such as consoles and game discs. Recently, GAME announced that it is shutting down its Xbox-only GAME Boxpark video game products store that is located in London's trendy Shoreditch area. 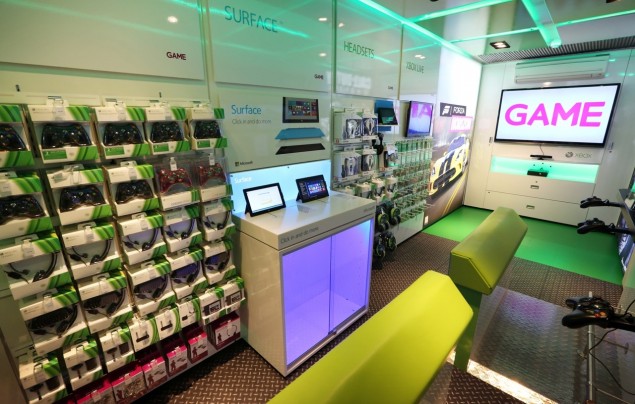 Opened to public in June 2013, GAME Boxpark was structured to showcase Microsoft exclusive video game products such Xbox One and Xbox 360. The store was particularly planned to promote Xbox One and target the customers that would buy Microsoft's latest console at its launch.

Explaining why the store is being shut down, GAME said that it was rented only on a "short-term contract." The retailer has already shipped some of the store content to its other shops. The retailer also mentioned that GAME Boxpark was overall a success.GAME stores director Dave Howard spoke to MCVUK saying:

"The short-term contract location for the dedicated Xbox store has given us real insight into what consumers expect from the next generation of retail."

“We have implemented Xbox sections in all of our stores - we have taken all the best of the Xbox store into over 320 GAME stores around the UK. Customers really showed an appetite for hands-on experience, interactive displays and a way to digitally access Xbox Live content. We will continue to innovate our stores with Microsoft"

In addition, Director of Marketing for Xbox UK, Harvey Eagle, also shared his thoughts about the store and added to its importance saying; “This was a pop-up concept store which was a key part of the most successful Xbox console launch ever. We continue to look at new and innovative ways to deliver the Xbox brand experience to gamers.”