Galaxy today displayed its new Geforce GTX 480 which will feature a custom PCB and Cooling. The unique thing about this card will be its Custom Cooler which galaxy claims to be much better than Reference cooler. The cooler will use the Vapor Chamber Technology which will quickly transfer heat dis pated by the GPU to the Heat-sink making it cooler. The design of the card which has already been seen on some previous Fermi cards is quite Unique to as the cooler making it look like some Robotic Hardware. The card will pack in 480 Cuda cores and a 1536 Mb GDDR5 memory on a 384-bit wide interface. Other specs like Clock speeds and price are not been revealed yet. 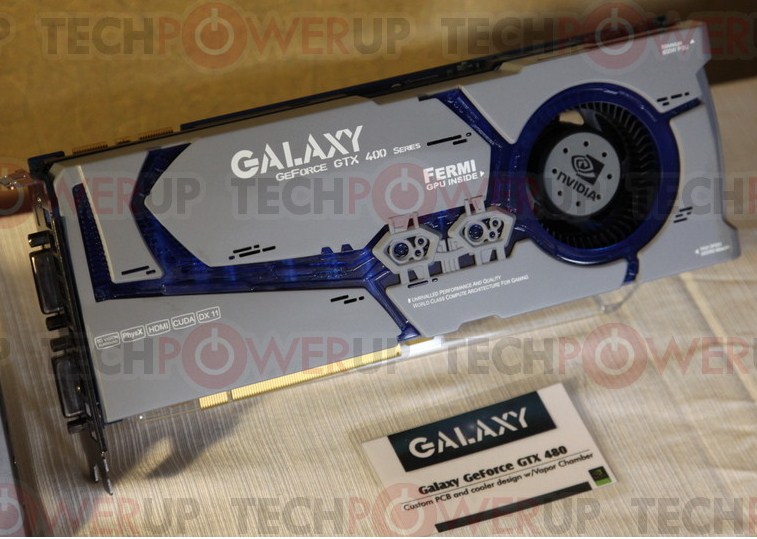