Galaxy Tab S8 Ultra Refuses to Give in to Bend Test, Survives Durability Run Despite Having Larger Display, Thinner Body 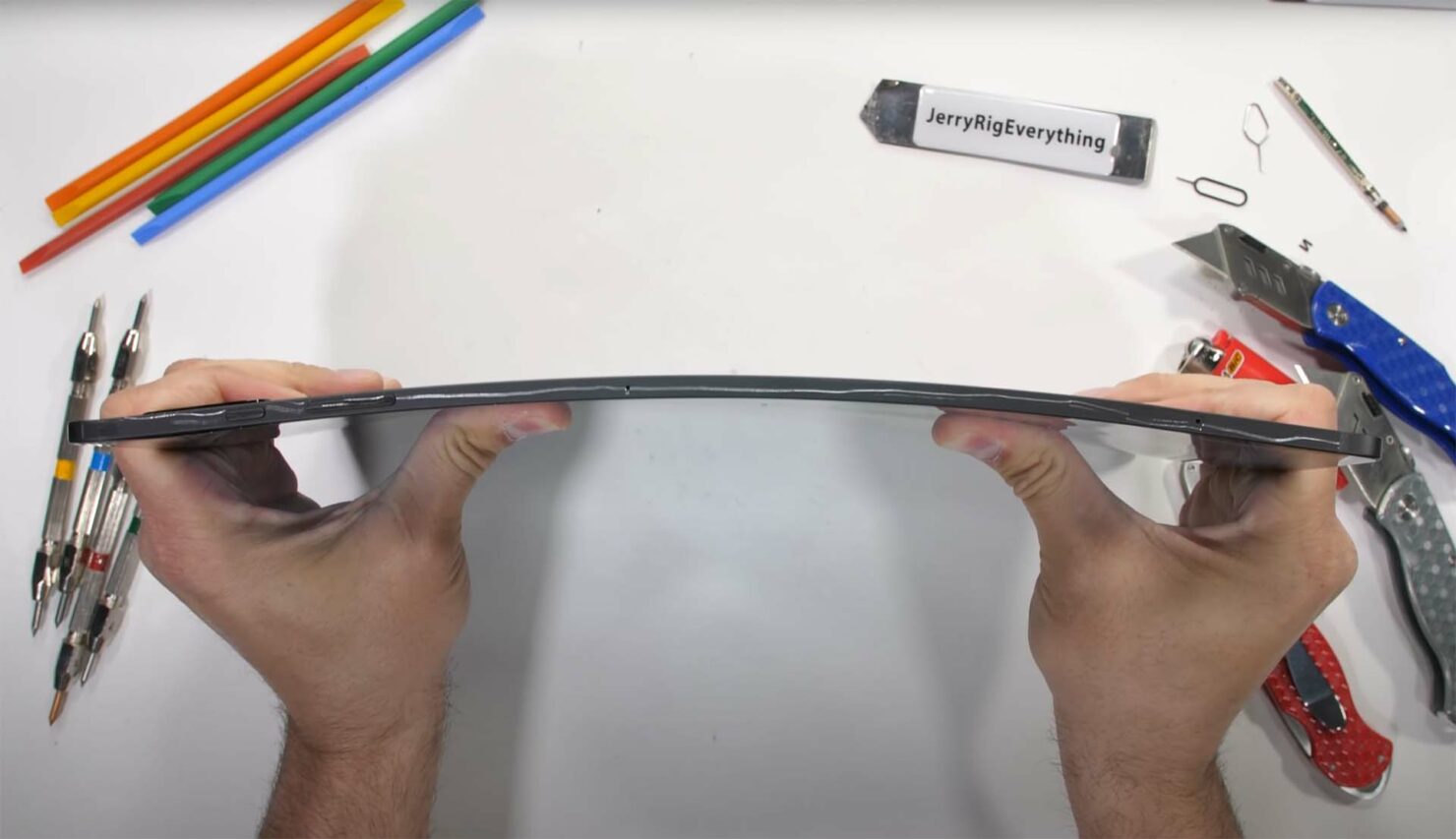 The Galaxy Tab S8 Ultra represents the absolute best in Android tablets while also going the extra mile with its 14.6-inch AMOLED screen, which puts the slate in laptop territory. However, owners of this large and thin device will likely show concern over durability. Fortunately, the Korean giant mass produced it with the best materials possible because, despite its thin frame, it survives the durability test.

The premium build allows the Galaxy Tab S8 Ultra to survive all torture tests carried by Zach on his JerryRigEverything YouTube channel. Even the under-display optical fingerprint reader works fine after the specific portion of the display is scratched up badly. With the burn test, where Zach holds a lighter up to the tablet’s panel, the heat permanently damaged the pixels.

Since the display is a Super AMOLED one, the pixels will not recover, unlike the case with IPS screens, where some pixels do recover. Zach also notices prior to unboxing the Galaxy Tab S8 Ultra that the packaging is extremely thin, which immediately makes him figure out that the gargantuan-sized slate will not ship with a power brick, though Samsung does make up for this by bundling a charging cable, along with an S Pen.

When opened up from the inside, Zach comments that while the Galaxy Tab S8 Ultra’s S Pen is larger than the stylus that works with the Galaxy S22 Ultra, it houses the same components with no change whatsoever. A tablet of this thickness and size would make it susceptible to bends, and we would not be surprised if Samsung advises owners in the user manual of the Galaxy Tab S8 Ultra not to place it next to a pile of books or laptops when tucked in a backpack.

Regardless if the warning is present or not, the bend test does not physically break the massive tablet, but there is a noticeable flex, which would make owners of the Galaxy Tab S8 Ultra extremely nervous. Thankfully, the device is built well and holds its own when bent from both sides. You can check out the entire durability test below, and let us know down in the comments on what you thought.