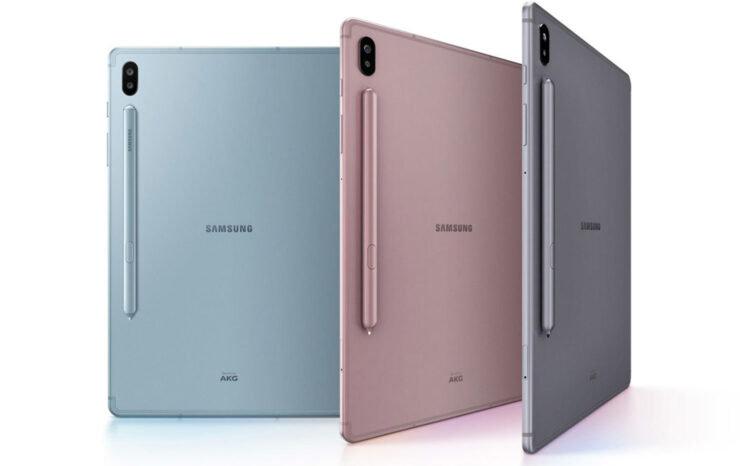 Samsung recently announced the Galaxy Tab S6 and while the company’s website says that pre-orders will be opened on August 23, Amazon has already started taking pre-orders for certain variants of the tablet. The e-commerce giant says that the slate will be released on August 9, which is rather confusing as the South Korean company’s dedicated page for the Galaxy Tab S6 says that the Wi-Fi version of the slate will be available on September 6.

It could be that Amazon has mistakenly listed the wrong date or maybe it is the exclusive launch partner who gets to sell the tablets before everyone else, including Samsung. There is also a possibility that Samsung has decided to release the tablet a little earlier, to beat Apple to the punch, as the Cupertino giant is reportedly gearing up to launch new iPad Pro models and an entry-level iPad.

It’s no secret that Apple is the king of the tablets, and competitors, including Samsung, are nowhere near it, although the South Korean conglomerate has been trying to catch up. Releasing its newest tablet earlier can surely help the company lure some customers away from Apple.

In case you’re interested in the Galaxy Tab S6 pre-orders, let us give you a brief rundown on its specifications. The slate sports a 10.5-inch Super AMOLED display with a 2560 x 1600 resolution and supports S-Pen. The tablet is fueled by the Qualcomm Snapdragon 855 and it comes in two memory variants; a 6GB RAM and 128GB internal storage model and an 8GB RAM and 256GB native memory version.

There is an 8MP camera on the front, and a 13MP and a 5MP unit on the back, with the RGB sensor capable of recording 4K video. Powering the show is a 7040mAh battery, which Samsung claims can give you up to 15 hours of video playback. Amazon has currently only listed the Wi-Fi variants in the colors Cloud Blue and Mountain Gray as part of the Galaxy Tab S6 pre-orders, and not the Rose Blush option.

Price starts at $649.99 for the base variant and the 256GB model costs $729.99. Keep in mind that this is just for the Wi-Fi-only version, with Samsung stating that an LTE edition will be released later this year.