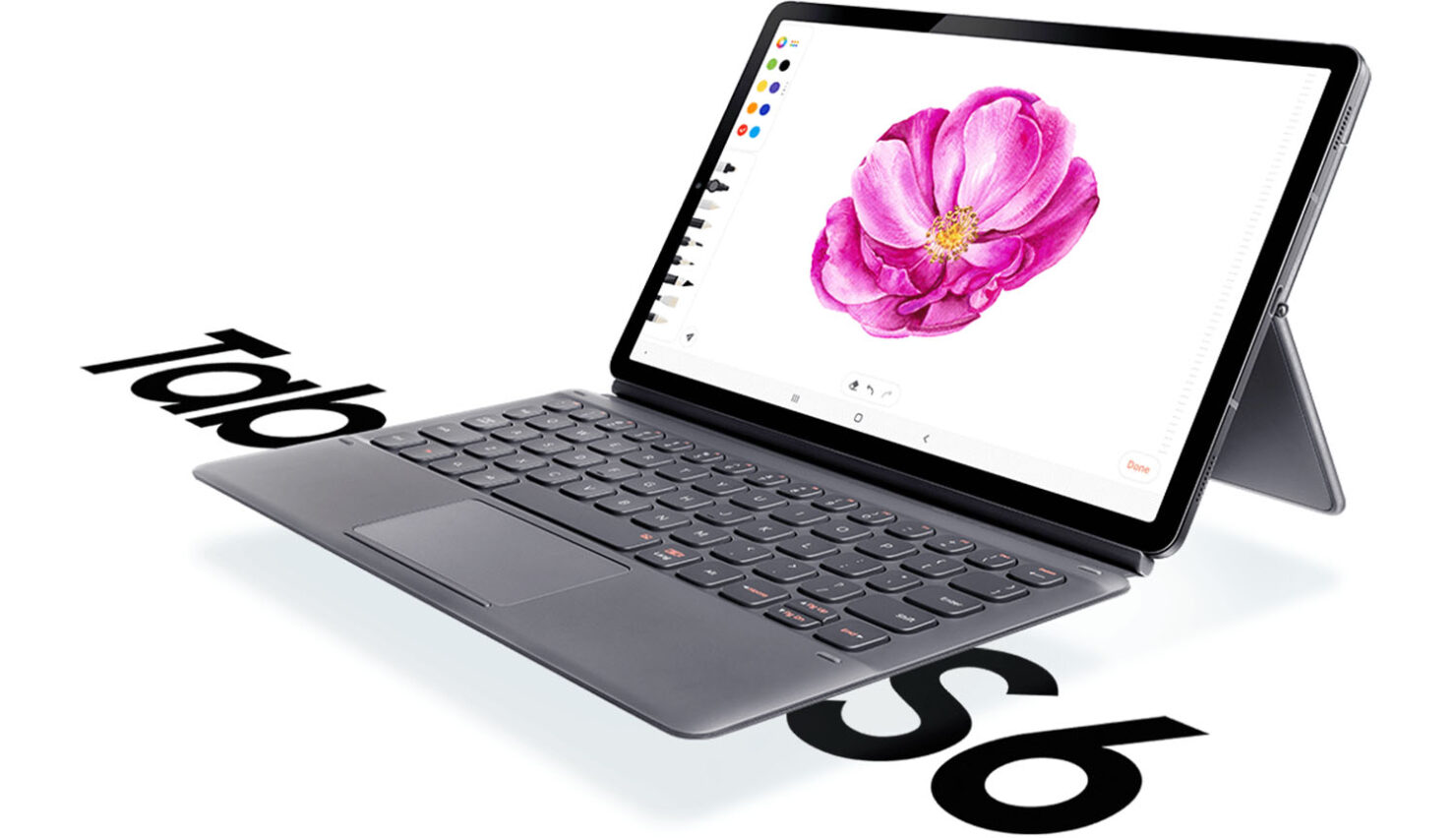 Before the highly anticipated Galaxy Note 10 launch, Samsung has officially introduced its Galaxy Tab S6, a large-sized tablet focused on considerably improving your productivity without putting unnecessary bulk to the product or your movement. The company has also provided improved S-Pen support with a slew of features that will allow users to get things done remotely, and a few extras that weren’t present on the Galaxy Tab S6’s predecessors, but thankfully, Samsung has added them here. To see what the company has introduced and if this tablet is the right pick for you, let us take a look at the core details and find out.

The Galaxy Tab S6 features a 10.5-inch Super AMOLED screen with a WQXGA resolution (2560 x 1600). The slate also features slimmer bezels to increase the screen real estate for the user without increasing the overall size of the tablet. At first glance at the press images, the product looks very similar to the iPad Pro range. It has curved corners with bezels shrunk considerably, and it looks well-machined, with professional craftsmanship maintained through the slate. 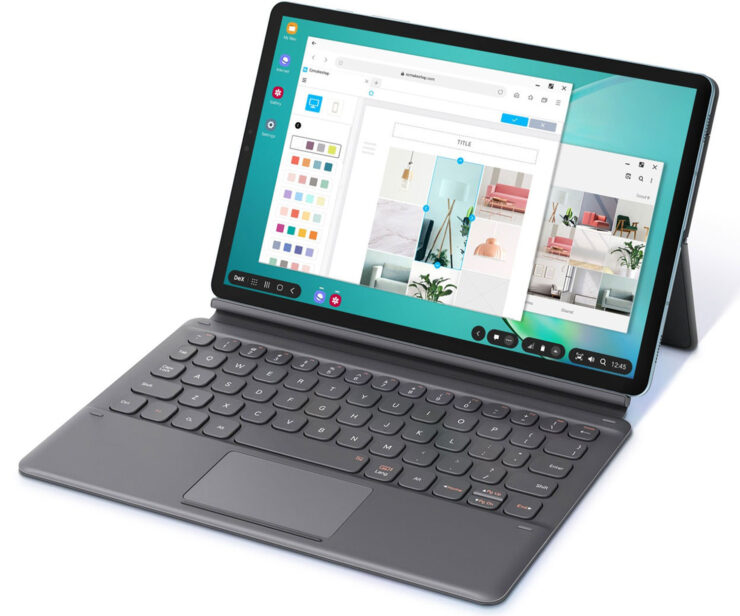 The S-Pen has been upgraded as it now comes with remote control functionality and wireless charging capability. All you have to do is attach the S-Pen magnetically to the back of the Galaxy Tab S6 and it will start charging seamlessly. Also, after just 10 minutes of charge, the S-Pen will be able to work for a whopping 10 hours. The remote control features include S-Pen Air, allowing the accessory to snap selfies and videos remotely, or control movies without the tablet even being in your possession. Samsung claims that the new stylus exerts 4096 levels of pressure sensitivity, giving users a near-pen-like-writing experience. 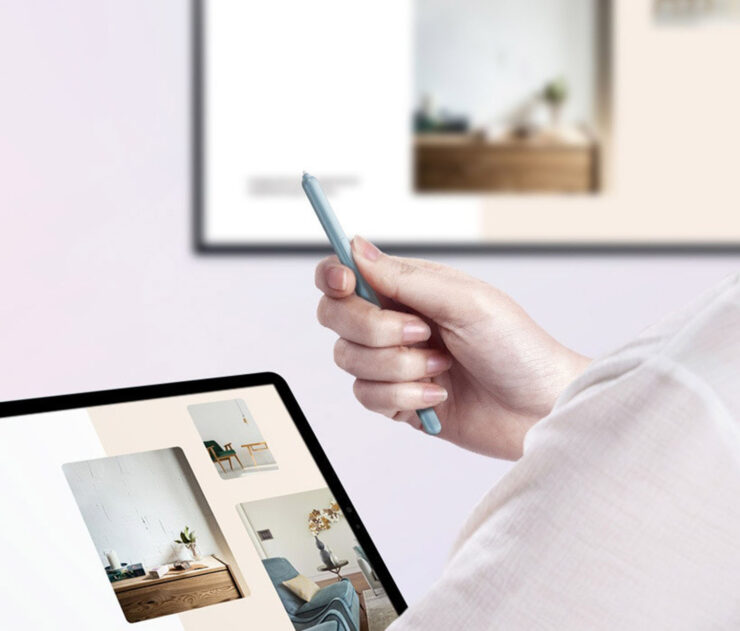 The specifications claim that the Galaxy Tab S6 is underpinned by Qualcomm’s Snapdragon 855, with the base model offering 6GB RAM and 128GB of internal storage. If you want to open up more apps and leave them running in the background, you can choose to upgrade to the obviously pricier 8GB RAM and 256GB onboard storage variant. You also get single SIM and microSD card expansion options, with the maximum supported capacity being 1TB. When it comes to wireless connectivity, the Galaxy Tab S6 features a Cat.20 LTE modem, offering download speeds up to 2Gbps. There’s also 802.11ac Wi-Fi adapter with MIMO support, along with the inclusion of Bluetooth 5.0.

For the first time, Samsung offers a dual-camera setup at the back of its tablet lineup. The configuration located at the rear is a 13MP + 5MP combo, with the secondary camera being an ultra-wide unit capable of capturing images with a 123-degree FOV. It also features an F/2.2 aperture, while the primary camera features an F/2.0 aperture, has an 80-degree FOV and supports Live Focus. Samsung claims that users will be able to record 4K footage with the primary shooter and experience up to 8K in video playback. The front camera is an 8MP unit that also supports Live Focus. As for the software, the Galaxy Tab S6 runs Android 9 Pie right off the bat.

Samsung has packed in a generous 7040mAh battery, which Samsung claims can give you up to 15 hours of video playback time. Fire up some intensive applications, and that battery life would come down. The tablet also features four speakers that are tuned AKG and support Dolby Atmos for a stellar audio experience. 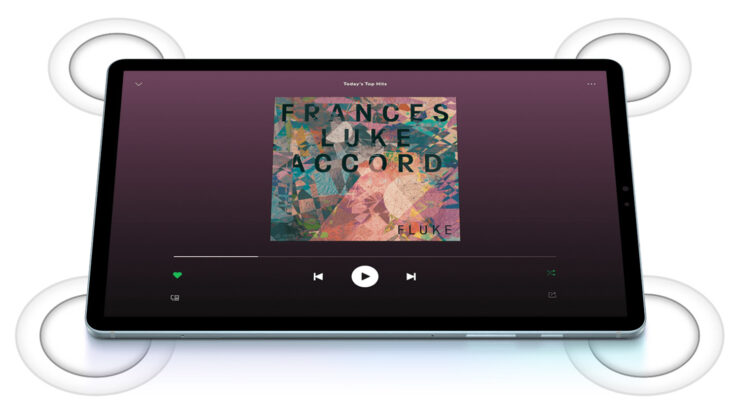 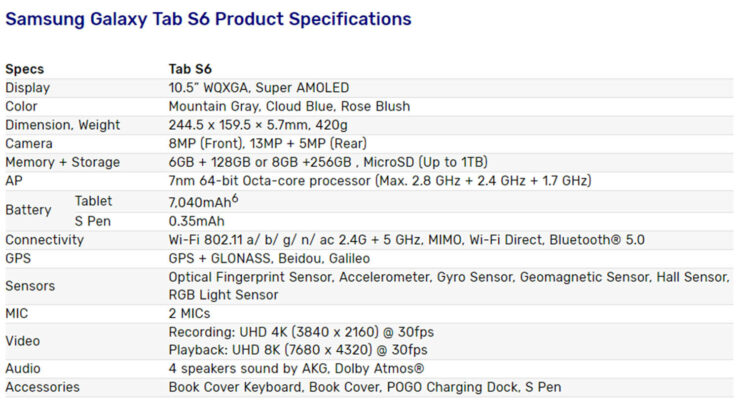 Looking at what the Galaxy Tab S6 offers to the masses, do you think Samsung has finally produced an iPad Pro competitor? Let us know down in the comments.