We all know how Apple has insane domination in North America, so it is no surprise when see Apple dominating the market of most popular smartphones during Q2 2022. However, the list now has the behemoth Galaxy S22 Ultra as well.

A Canalys market share report found that the iPhone 13 was a leader in the region and was followed by iPhone SE 2022, iPhone 13 Pro Max, and iPhone 13 Pro, along with iPhone 12. However, the Galaxy S22 Ultra was also on the list, and it came in the sixth spot, becoming the most popular Android phone in terms of shipments in Q2 2022.  The phone was ahead of Moto G Power 2022, Galaxy A13, iPhone 13 Mini, and Galaxy S22. Yes, the list has two Samsung flagships in the top 10. 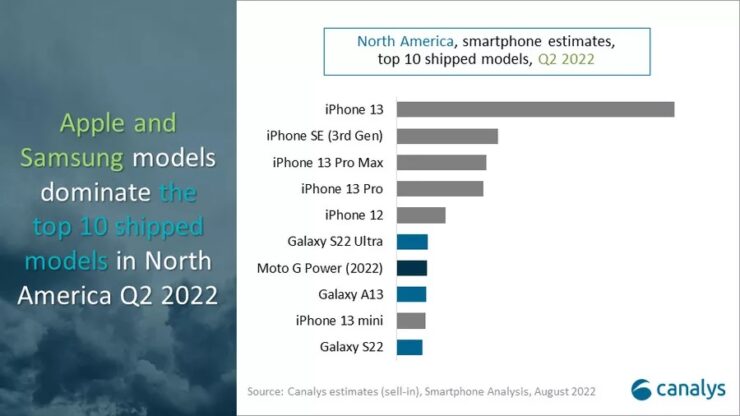 Otherwise, the Q2 2022 report also suggests that iPhones accounted for 52% of shipments during the quarter with Samsung in second place with 26%, and Motorola in third place with 9%. Rounding up the top five, you have TCL at 5% share and Google at 2%. 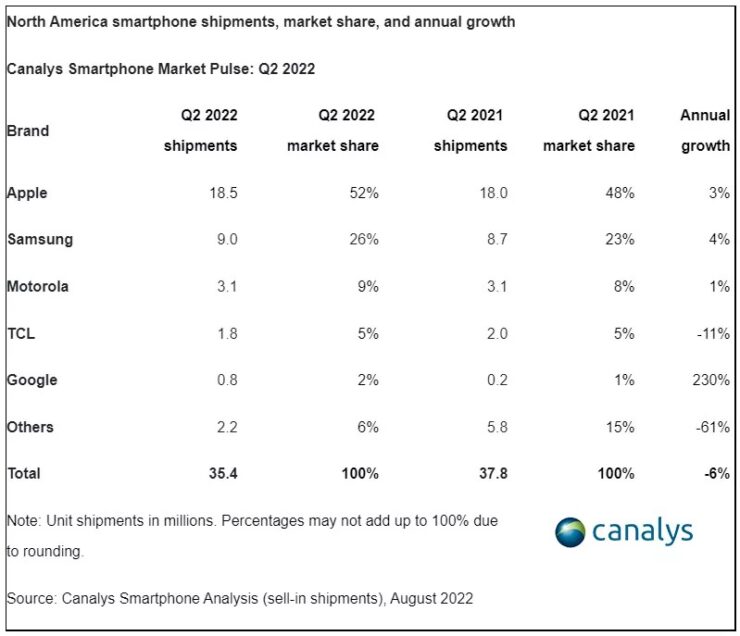 Interestingly, Google has gone through the most growth at 230% year-on-year. The company did have a tiny market share, to begin with, at just 200,000 units shipped a year ago. However, this time around, Google managed to sell 800,000 units in Q2 2022, and while it might look like an impressive number, it still is small compared to what Samsung and Apple have been doing.

OnePlus, on the other hand, is still missing from the list. So, it goes to show that the company needs to work harder in order to break the list once again.