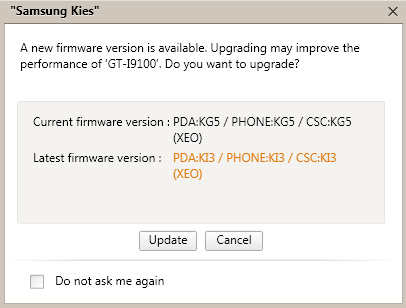 If you're one of the proud owner of the phone that gives Steve Jobs nightmares a.k.a the Galaxy S2, Sammy has rolled out Android 2.3.5 update for the Galaxy S2 so you can get an update over the previous 2.3.4/2.3.3 running on all S2's. Just connect your Galaxy S2 to your PC and update Samsung Kies. You will get an option to download update "PDA:KI3 / PHONE:KI3 / CSC:KI3 (XEO)" which update's your GS2 to Android 2.3.5.

Among some of the changes, when scrolling to the bottom/top of a page, instead of bouncing the screen (similar to iOS) you now get a color shade instead so that Apple's patents are not infringed upon.