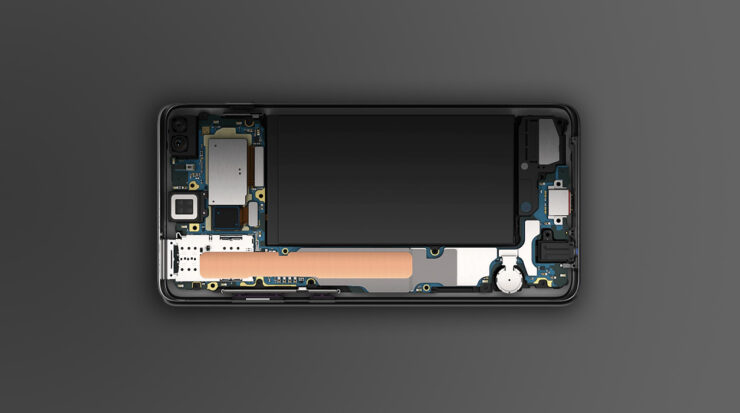 Viewing the $999 starting price of the Galaxy S10 Plus, it’s not difficult to imagine the large bill Samsung must have racked up just to make a single unit. Fortunately, the important details are out, revealing the bill of materials mounting for the manufacturing of a single flagship unit. Here are all the pricing details you’d want to know.

An estimation published by TechInsights reveals the component value of Samsung’s latest flagship. The 128GB storage model, which is the base variant belonging to the Galaxy S10 Plus, features component costs amounting to $420, making the total $40 more than what it took to make the 64GB Galaxy S9 Plus variant. It isn’t difficult to believe that the most expensive component in the entire list is the Galaxy S10 Plus’ 6.4-inch Infinity-O AMOLED screen, with a price of $86.50.

Looking at the impressive screen-to-body ratio, coupled with the two camera cutout holes at the front of the phone, the bill difference is evident. The second-most expensive component is the Exynos 9820 and modem, costing $70.50. Adding the triple camera setup at the backside paired with the dual-sensors at the front of the flagship also increased the price to $56.50, with storage and RAM costing an estimated $50.50. We are certain that because Samsung manufactures its own RAM and flash memory chips, it would cost the company less than what it would cost its clients for the same two components. 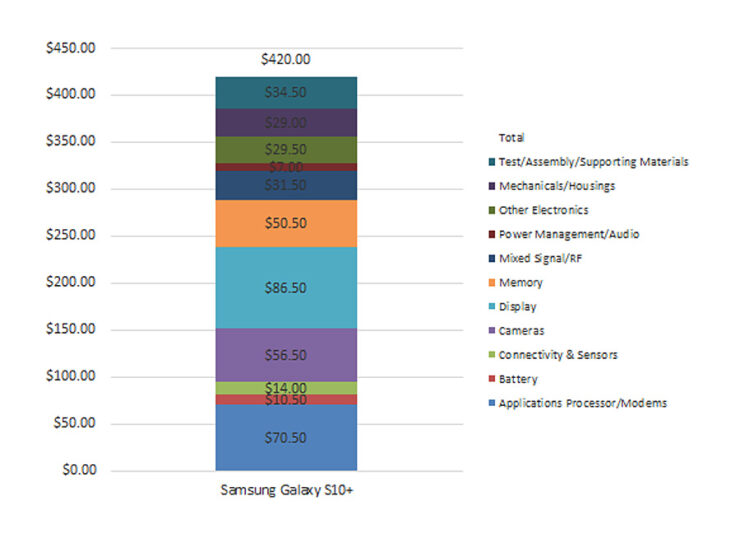 The bundled accessories cost $34.50, and in case you forgot, Samsung generously included a 128GB storage card in the packaging. It will be interesting to see how much the most expensive model costs the Korean giant, which retails for $1599.99 and sports 12GB RAM coupled with a whopping 1TB of flash memory. The bill of materials carrying a cumulative price of $420 represents around 42 percent of the retail price.

Additionally, the cost of marketing, shipping, R&D, and others obscure the entire story, and since those costs aren’t listed in the TechInsights estimates, we just have the bill of materials to rely on. Regardless, even a $420 bill is significantly high as you’ll find several premium mid-range handsets carrying a similar price tag.