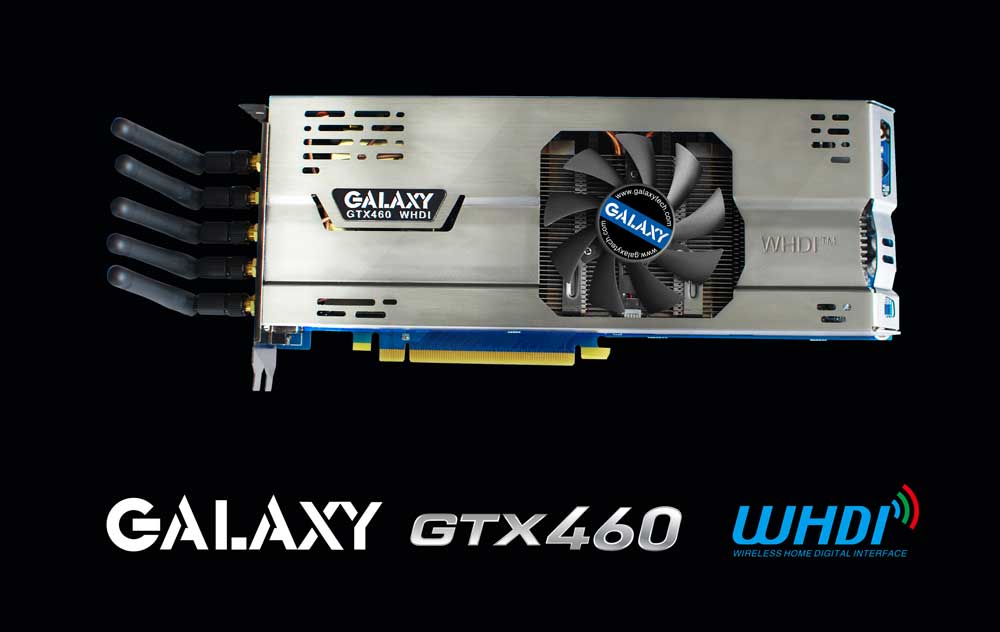 A few while ago, Galaxy leaked some pictures of a mysterious PCB of its upcoming GPU. The GPU was actually a GF-104 based GTX 460 which had AMIMON's WHDI technology for users who want to switch from PC to TV.

The PCB leaked earlier can be seen here and it actually had an extra PCI-e x1 slot which now is being used for AMIMON's WHDI technology which allows you to stream HD content on a separate box that can be connected to the TV via a cable. The card supports five antenna's, DVI, DisplayPort and a mini-USB USB port on the backplate. You can check out the card itself below: 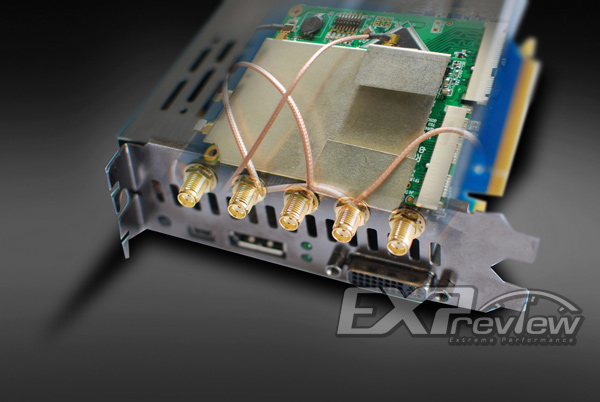 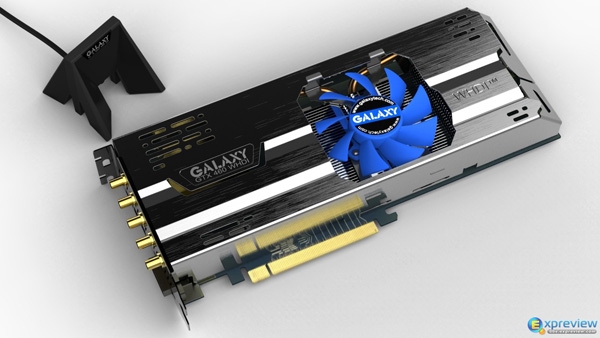 The availability and pricing of the card are not yet mentioned but will be released soon after the card is officially released.