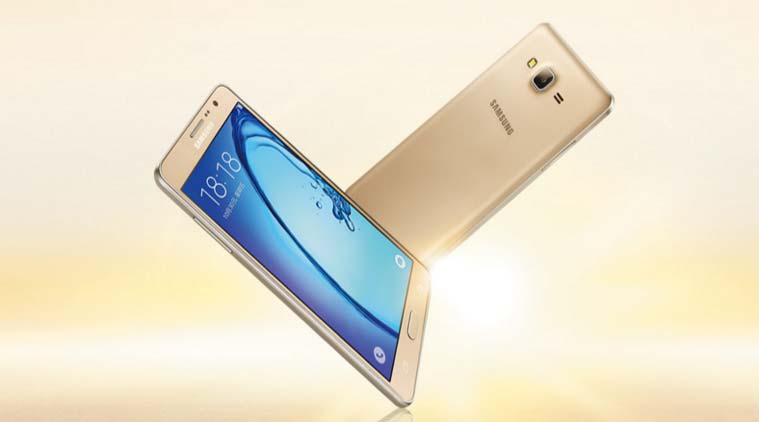 After Galaxy A9 and Galaxy A9 Pro, its Samsung’s Galaxy On7 that has its specifications leaked on GFXBench, thus signifying the arrival of another mid-ranged handset that offers users a bit more from the table as far as its hardware is concerned.

Galaxy On7 could be one of the many smartphones Samsung has offered that comes running the company’s own chipset. On this occasion, we have the Exynos 7870, and its processor configuration clearly suggests that the smartphone is targeted to those that require a mid-ranger. The octa-core Cortex-A53 processor is running at a speed of 1.6GHz, and before you complain about the lack of processing firepower, let us recall a tale from our own experience. 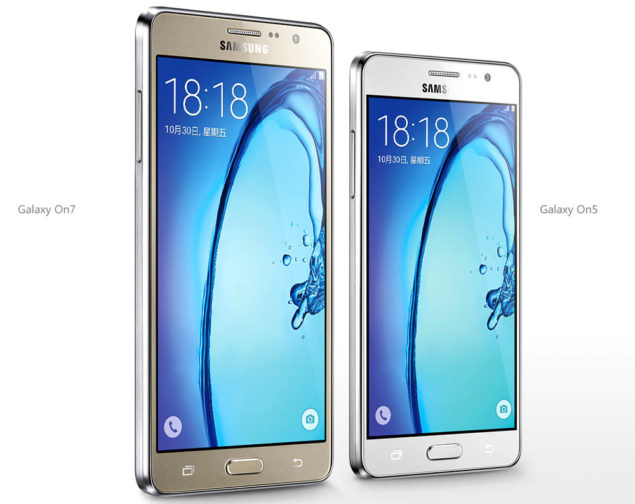 MediaTek’s MT6753 SoC, which houses an octa-core Cortex-A53 running at a speed of 1.3GHz was able to deliver a fluid experience, so we’re naturally under the impression that the processor running inside Exynos 7870 will be able to handle majority of things thrown in its path. Best of all, its manufactured on the 14nm FinFET node, so efficiency will naturally be expected from the chip.

Complementing the octa-core processor is 3GB of RAM, along with 16GB of onboard storage. Negligible amount of storage will naturally mean that a storage expansion slot will be present, and from the looks of things and the way storage is evolving, we’d wager that the smartphone would be able to support up to 128GB. There’s also a 12MP rear shooter, and according to the hardware details it’s been reported that the camera will only be able to record 1080p videos. 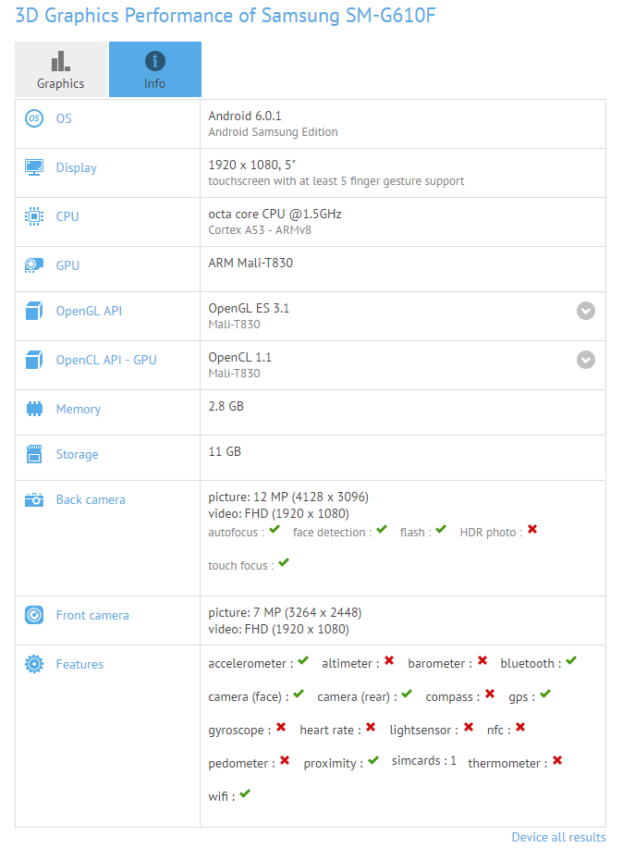 That’s understandable, considering the lack of firepower, coupled with the fact that Samsung wouldn’t be too keen on placing a power camera sensor, the video recording feature has been limited. To be fair, unless you have a ton of storage available, and that too which satisfies the UFS 2.0 standard for high read and write speeds, having 4K video recording functionality at a speed of 30FPS is warranted in flagship and high-end phones.

There’s no official release date of Samsung’s Galaxy On7, but consumers will most definitely want to get their hands on a mid-ranger like this. What do you think of the hardware specifications sheet taken from GFXBench? Tell us your thoughts right away.