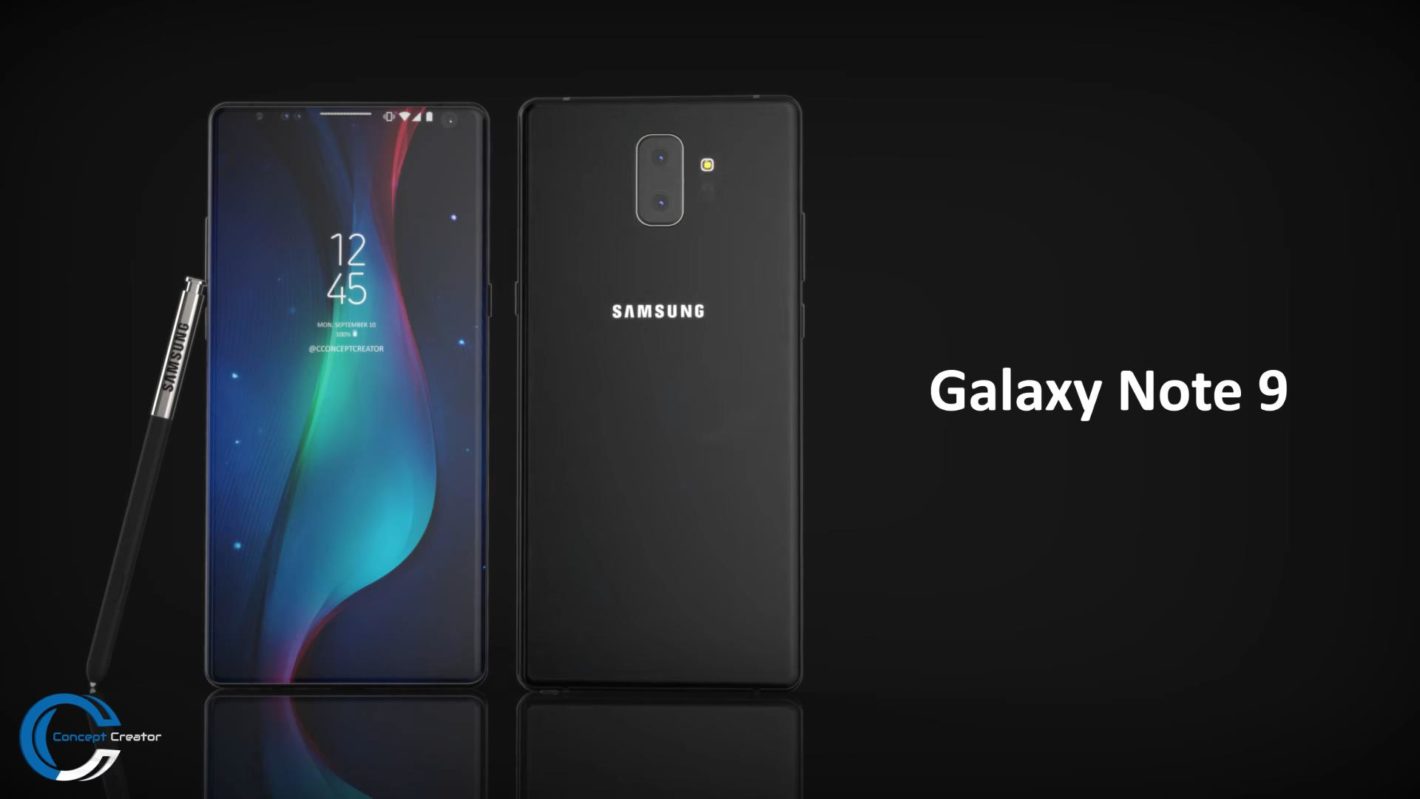 Samsung customers have a lot of expectations from the yet to be released Samsung Galaxy Note 9. It is no doubt one of the most anticipated phones of the year and people have a lot of wild ideas about it. YouTube channel, ‘Concept Creator’ just put forth a concept design of the phone. Keep in mind that is not a leak or an official design by the company.

The Galaxy Note 9 concept is very interesting and if it does come true, I am sure users will be ecstatic. The handset is made of metal and glass and its sides are slightly curved. There is a vertically-aligned dual camera at the back as well. At the bottom of the phone is a Type-C port, loudspeaker, 3.5 mm headphone jack and the S Pen stylus.

Its finger print scanner is not at the back, instead, in this concept there is an in-display fingerprint scanner. We can also see that the power button is on the right side of the phone and the volume and Bixby buttons are on the left. The front side of the phone is taken up entirely by the display and there are no bezels. The ear-piece, sensors and front camera is placed at the top portion of this display.

Will these expectations come true?

The Galaxy Note 9 concept seems realistic enough as we have already seen similar curved sides in the recent Samsung galaxy phones. However, the bezel-less display is something not seen yet. Can we expect Samsung to do something like this in the actual phone? Well, we will have to wait and see. The colors sported in this concept video include a magnificent red and blue (Black is something we are already used to when it comes to Samsung).

Apart from a Snapdragon SoC, no other specification has been shown in the video. The real Galaxy Note 9 will most definitely be different from this but we can guess what users expect from this giant company. The real phone is expected to be released somewhere around August and we know for sure that this concept is not the only concept we will see till then. So enjoy the video and tell us what you think about this concept.