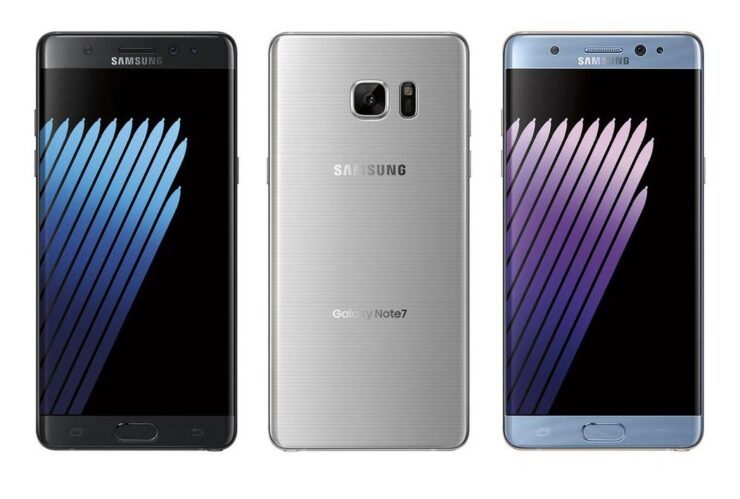 For some reason, if you continue to use the Galaxy Note 7 in the United States, then Samsung is eager to make you switch to a brand new smartphone thanks to its latest efforts of rendering the device useless. It is just a matter of days before you stop using the phablet once and for all.

According to the message details that Note 7 users have been receiving, the contents have been stated below:

“As of December 15th, Samsung will modify the software to prevent the Galaxy Note 7 from charging. The phone will no longer work.”

Looks like Samsung’s exchange program hasn’t been delivering the much-needed effect on several Note 7 owners, which only leaves Samsung with a last resort of remotely disabling the smartphone completely. The company initiated a similar approach in New Zealand, but with a slight change, the smartphone will cease to function in the United States. All four major carriers are probably going to be on board with Samsung’s decision. The company has already released an update that limits the device’s battery level to 60 percent, resulting in reduced usage of the smartphone. 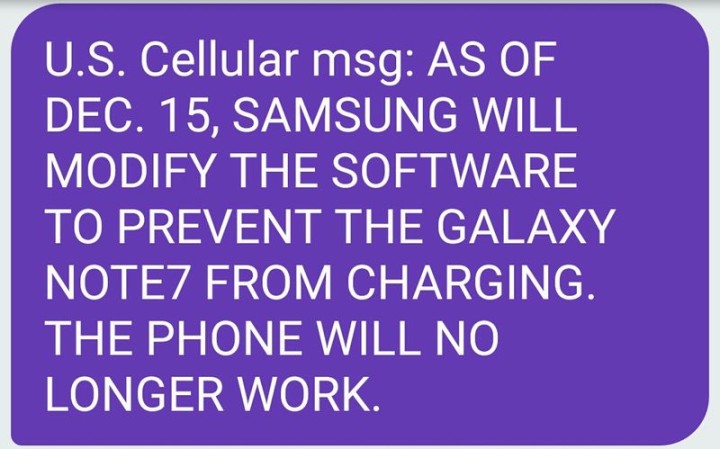 While this apparently had little to no effect on the small percentage of owners, it looks like the Korean giant means business this time. While we have yet to see the nature of the update, our guess is that the device will stop connecting to carriers, or stop receiving charge from any power brick it is connected to. We are not sure if the same approach is going to be applied to the wireless charging circuit, but we’ll update you on that front.

For those who continue to use the Galaxy Note 7 in the United States, you might want to look for a suitable alternative. OnePlus 3T seems like a very good replacement, or if you can wait a while longer, the Galaxy S8 is going to be announced next year.