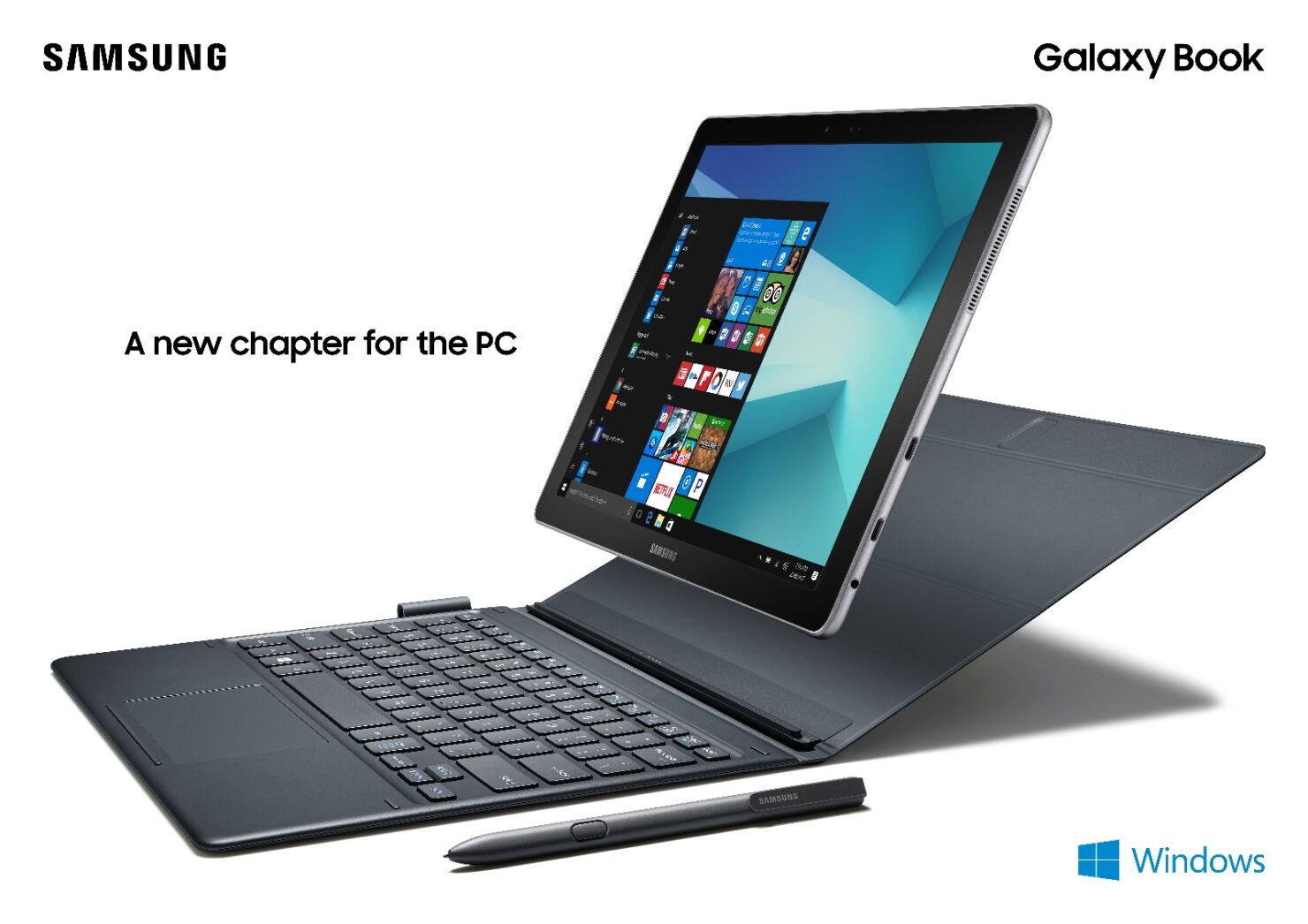 Samsung has officially announced two Windows 10-powered tablets named the Galaxy Book at the MWC 2017 trade show, with the 12-inch variant providing more power to users that continue to use demanding applications and the smaller one targeted to casual users. In other words, Samsung has targeted two key segments of the 2-in-1 market, and in the act might have even announced its own version of the Surface Pro 5 competitor before Microsoft.

The 10.6-inch Windows 10 tablet is targeted to casual users as stated above and with the amount of screen real estate you’re getting, you can easily engage in word processing, web browsing or equal stressing tasks on the 2-in-1. Just make sure not to involve the Windows 10 tablet with something too taxing because that is where the 12-inch Galaxy Book will play a key role.

Both Galaxy Book models are capable of 4K video playback and thanks to the S Pen, you can take advantage of Samsung Notes, and others to simplify the kind of work that you’ll be carrying out on these machines. Pricing details have not been provided but as soon as they do, we will keep you in the loop.