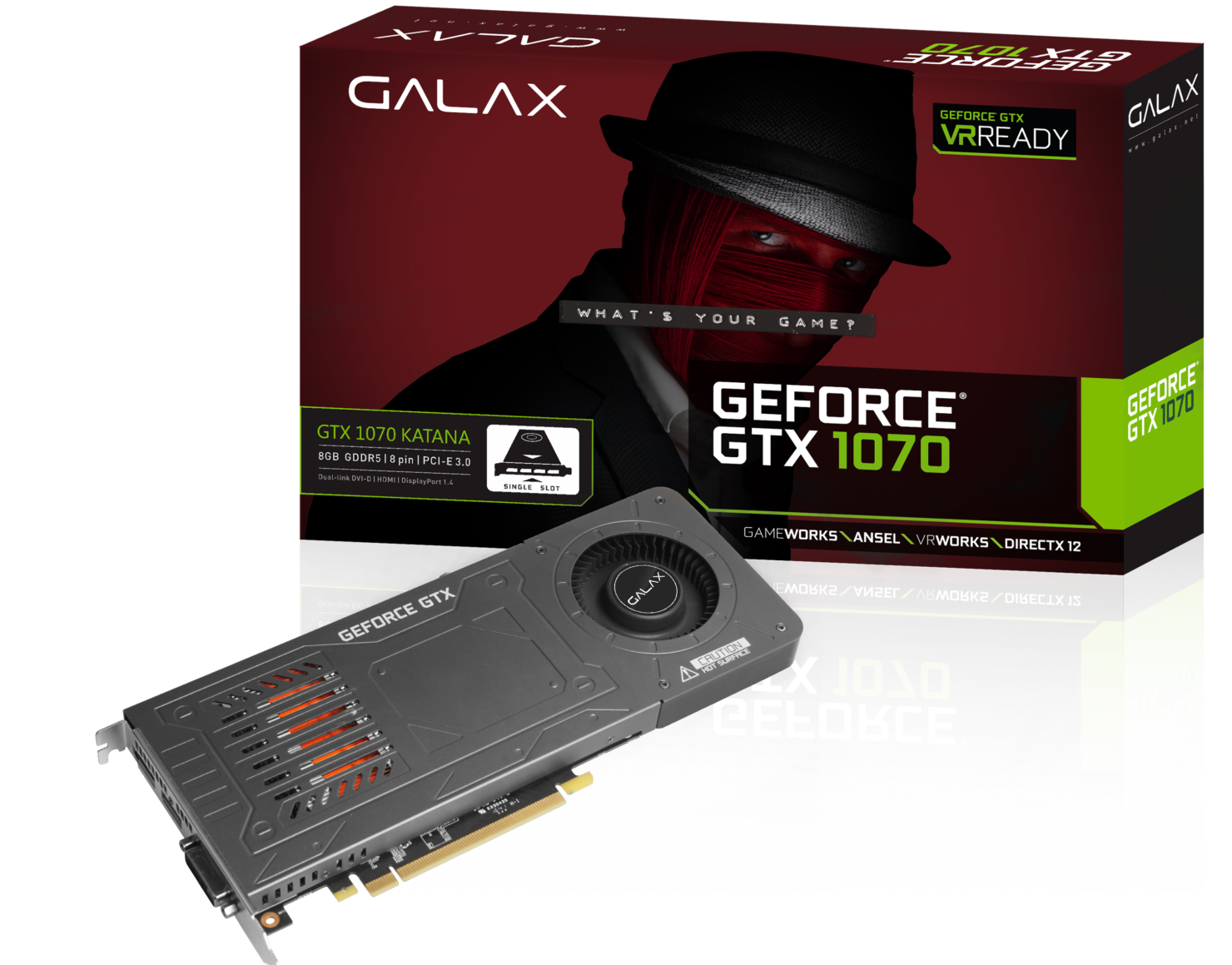 The 16nm FinFET architecture means that 3rd-party manufacturers can significantly reduce the thickness of GPU housings provided they incorporate improved cooling techniques. That’s how GALAX has made its GTX 1070 Katana, a product so thin that it can easily be accommodated inside HTPC form factor chassis and living room gaming PCs.

From the outside, aside from a few aesthetic changes, the GALAX GTX 1070 Katana’s design resembles that of a reference GTX 1070 but according to the company, it is quite different. GALAX claims that it is using a full copper heatsink coupled with a vapor chamber and small blower-style fan, which the manufacturer has introduced is as its RazorX cooling technology. GALAX states that this advanced vapor chamber will be able to maintain cooler performance under the most challenging of circumstances. 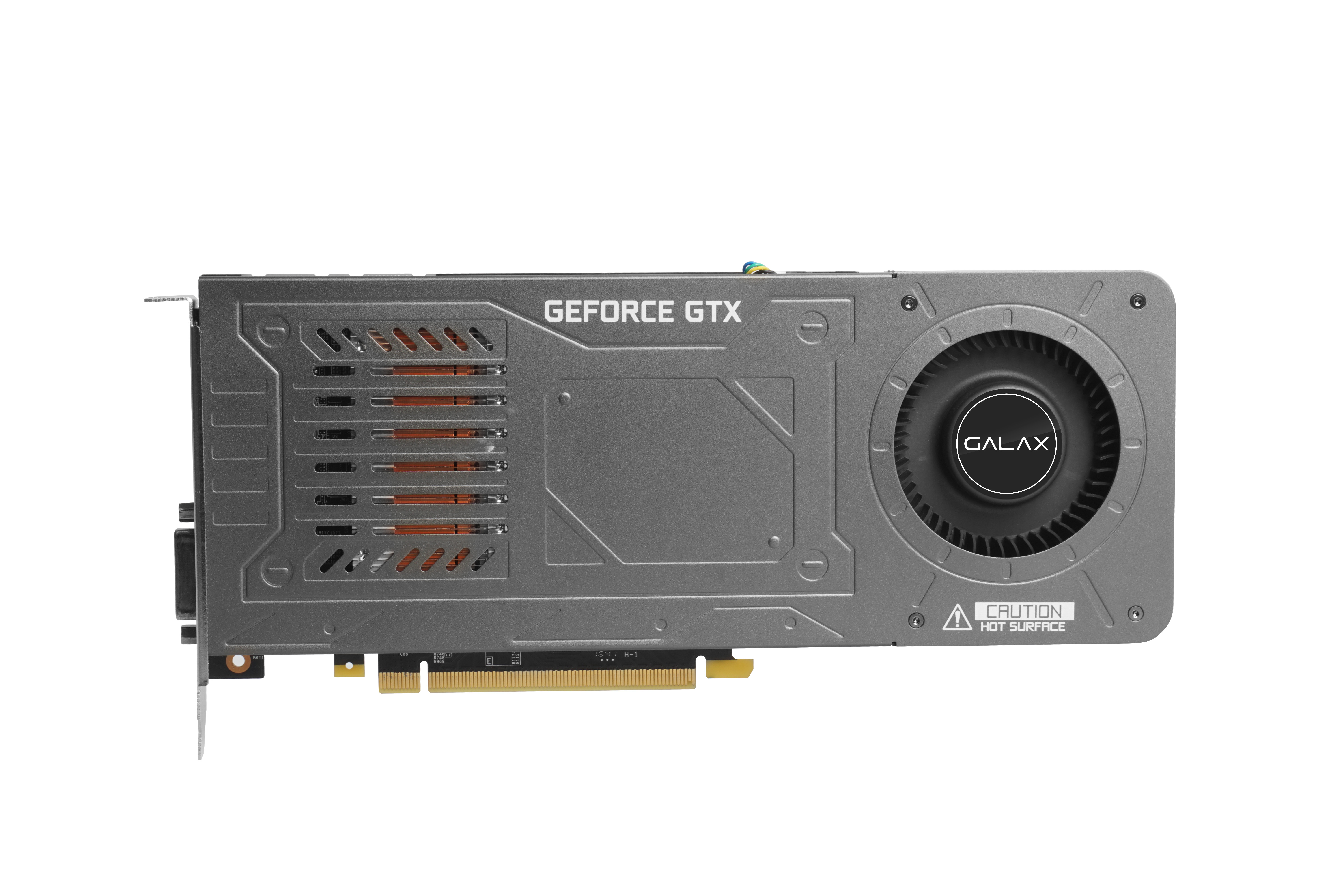 So what proof does the company have that the GTX 1070 Katana will perform much better than reference cards? It is running at factory overclocked frequencies. Looking at the comparison below, you can expect a slight bump in performance when compared to the Founders Edition variant. 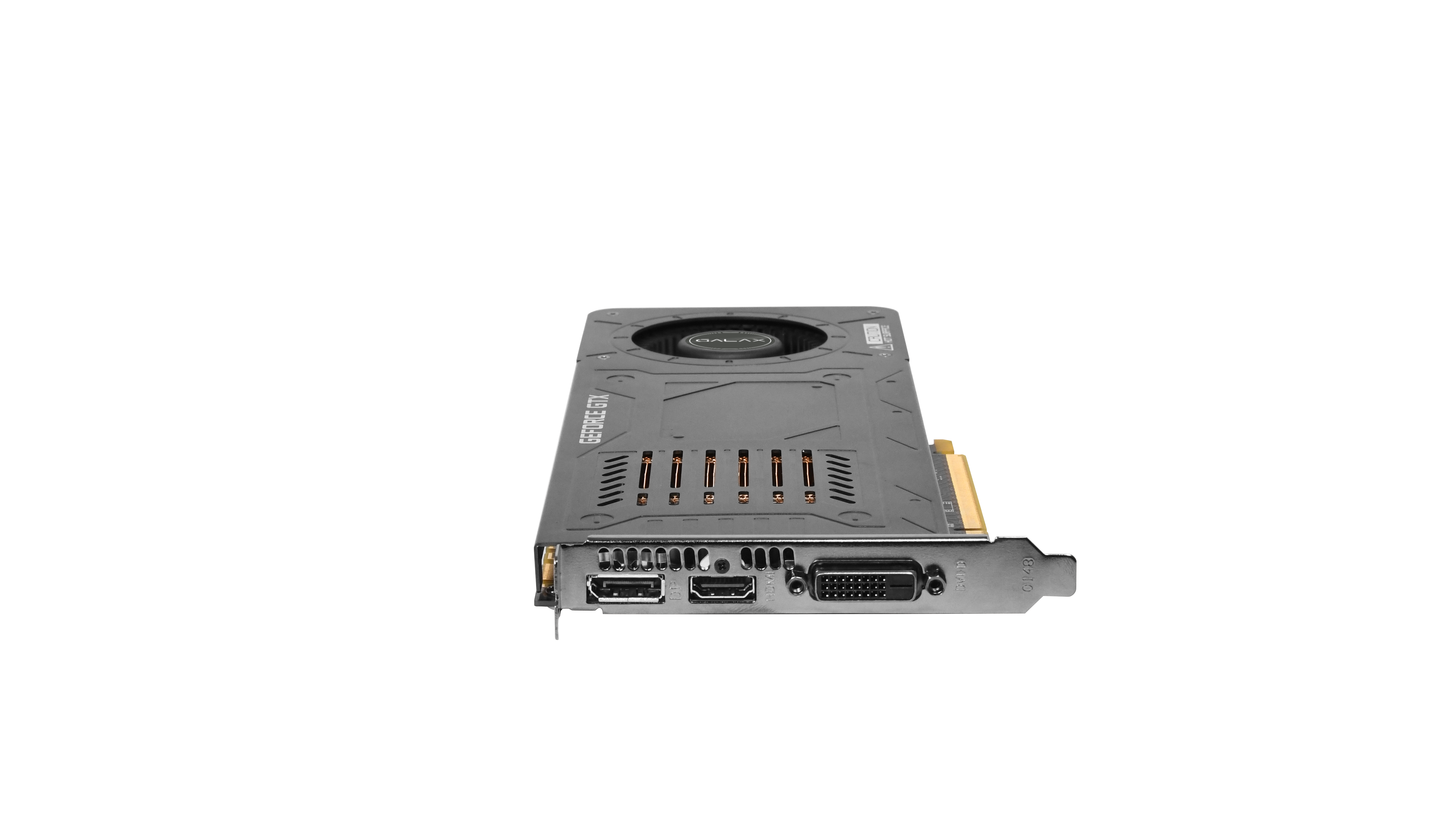 While it is only 16mm in thickness, you still get a lot of port options, which have been listed below:

You can potentially adopt a triple-monitor setup with this variant and if you’re also looking to go down the multi-GPU configuration, the single slot form factor means that the GTX 1070 Katana will not be taking up sufficient room in your chassis.

It only relies on power delivered from a single 8-pin PCIe connector so a standard ATX power supply will be able to deliver the necessary amperage and watts to the graphics card. Unfortunately, GALAX did not specify pricing and availability details of the graphics processor, so you will have to wait for that update in the future.

With the GTX 1080 Ti announced, it looks like the GTX 1070 series of GPUs will be able to deliver great value for money for future system builders.

Do you agree with the approach that GALAX has taken with its latest product? Let us know your thoughts down in the comments.