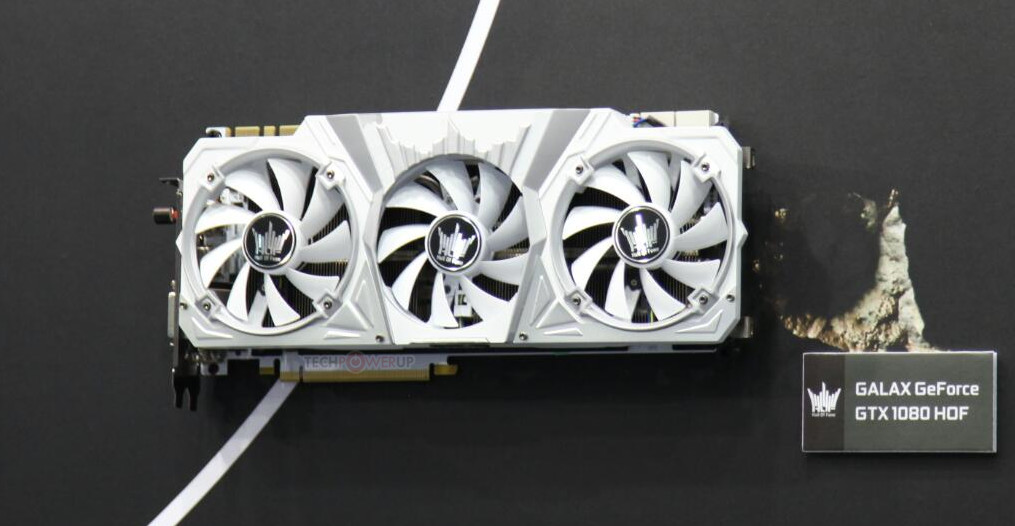 During Computex 2016, GALAX showcased its gaming memory that could run at a frequency of 4,000MHz. Now, the company has unveiled two of the fastest GPUs on the planet by NVIDIA and has showcased them with its own signature color.

TechPowerUp reports that GALAX GeForce GTX 1080 Hall of Fame (or HOF for short) features the strongest VRM solution for this GPU; a 12-phase VRM setup will draw power from a pair of 8-pin PCIe power connectors. More VRMs means that the current will be evenly distributed between each VRM soldered on the white PCB, meaning that there is more overclocking headroom for the enthusiast. This means that the user could potentially overclock the graphics card past the factory tweaked 2.0GHz core clock of the product. 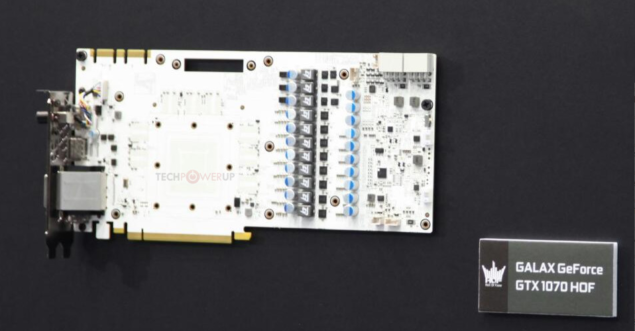 Since the GALAX version of the GPU is targeted to enthusiasts, they will get features such as dual-BIOS, giving them freedom to switch between BIOS incase their overclocking setting goes horribly wrong. Another thing that you might notice about the GPU is that it features a triple-slot, triple-fan cooling solution, so make sure you that have three openings vacant and ready-to-use in your desktop chassis. However, it is highly possible that down the road, GALAX also caters to enthusiasts with liquid cooling setups by selling water blocks specifically designed for its GTX 1080 and 1070. 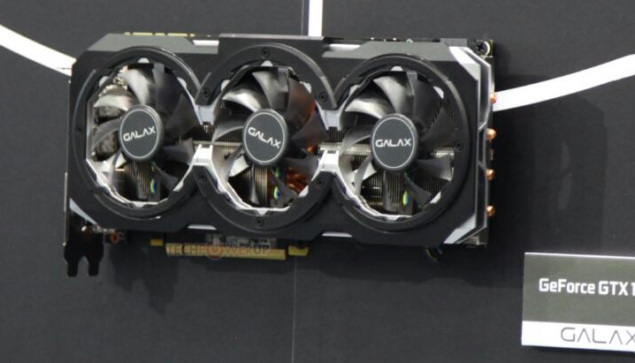 It is expected that the base model of the GALAX GeForce GTX 1070 will be sold for $379, while the company's custom-design EXOC graphics card could retail for a much higher price. As for the Founders Edition, expect that price to go up to at least $450. However, with this particular edition, you will be given a stronger circuit board, not to mention more VRMs and a factory overclocked GPU clock speed that will aid you in rendering higher frames at much more detailed visual settings. 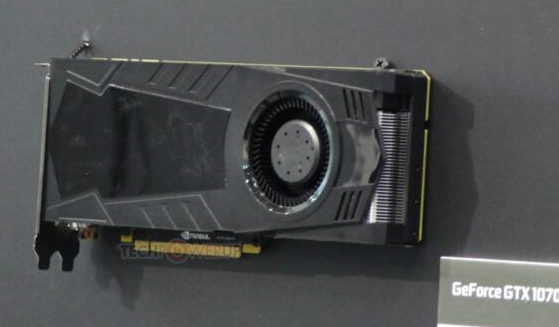 What did you guys think of the custom editions from GALAX? Let us know your thoughts immediately.