GALAX Hall Of Fame Gaming RAM Is Able To Achieve A Phenomenal Frequency Of 4,000MHz 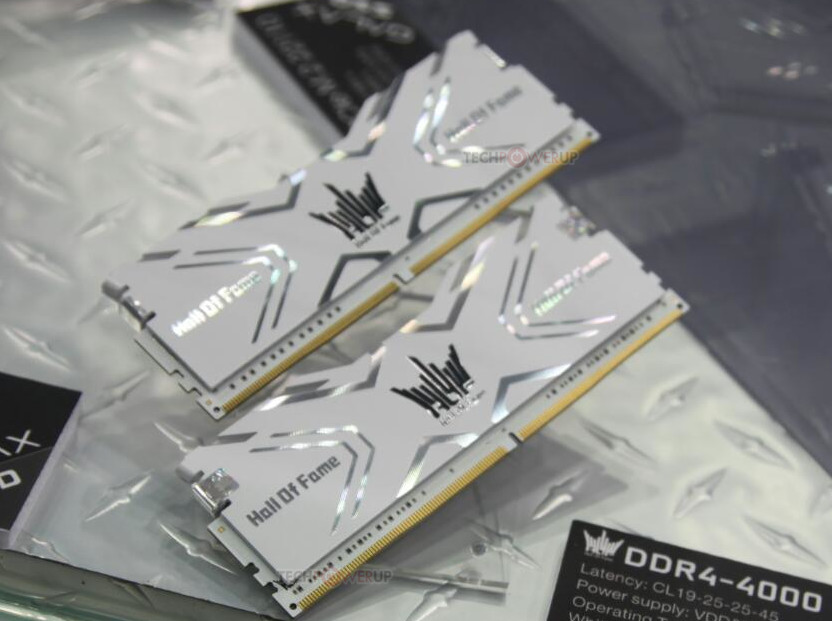 A plethora of Gaming RAM models were always on the cards at Computex 2016 and GALAX Hall of Fame, or HOF has its enthusiast memory pictured that can easily take the frequencies up to unbelievable levels.

GALAX Hall Of Fame DDR4 Gaming Kits Can Reach Speeds Of 4,000MHz And They Look Absolutely Inviting To Purchase

Thanks to TechPowerUp, we have received a sneak preview on how the company’s enthusiast lineup of gaming memory will look like. At Computex 2016, the company showed off its flagship line Hall of Fame (HOF) DDR4-4000 memory, which has several attributes which speaks volumes about the company’s focus on aesthetics.

GALAX’s gaming RAM features the company's signature white PCB, and design language along with white and chrome heatspreaders. Its biggest selling point is the ability to reach frequencies of 4,000MHz and is able to come in modules with densities of 4GB and 8GB. This means that 8GB and 16GB dual-channel memory kits are to be expected from the company. The frequency of 4,000MHz is able to run with timings of 19-25-25-45, and module voltage of 1.4 Volts.

The heatspreaders feature white LEDs, which will definitely look impressive if your chassis features a transparent glass or plastic panel. Unfortunately, neither we nor TechPowerUp have any clue concerning the price tag of the gaming RAM from GALAX. Perhaps when the event finally concludes, we will have more information regarding pricing and availability. For now, what impressions do you guys have of this enthusiast gaming memory? Let us know your thoughts right away.