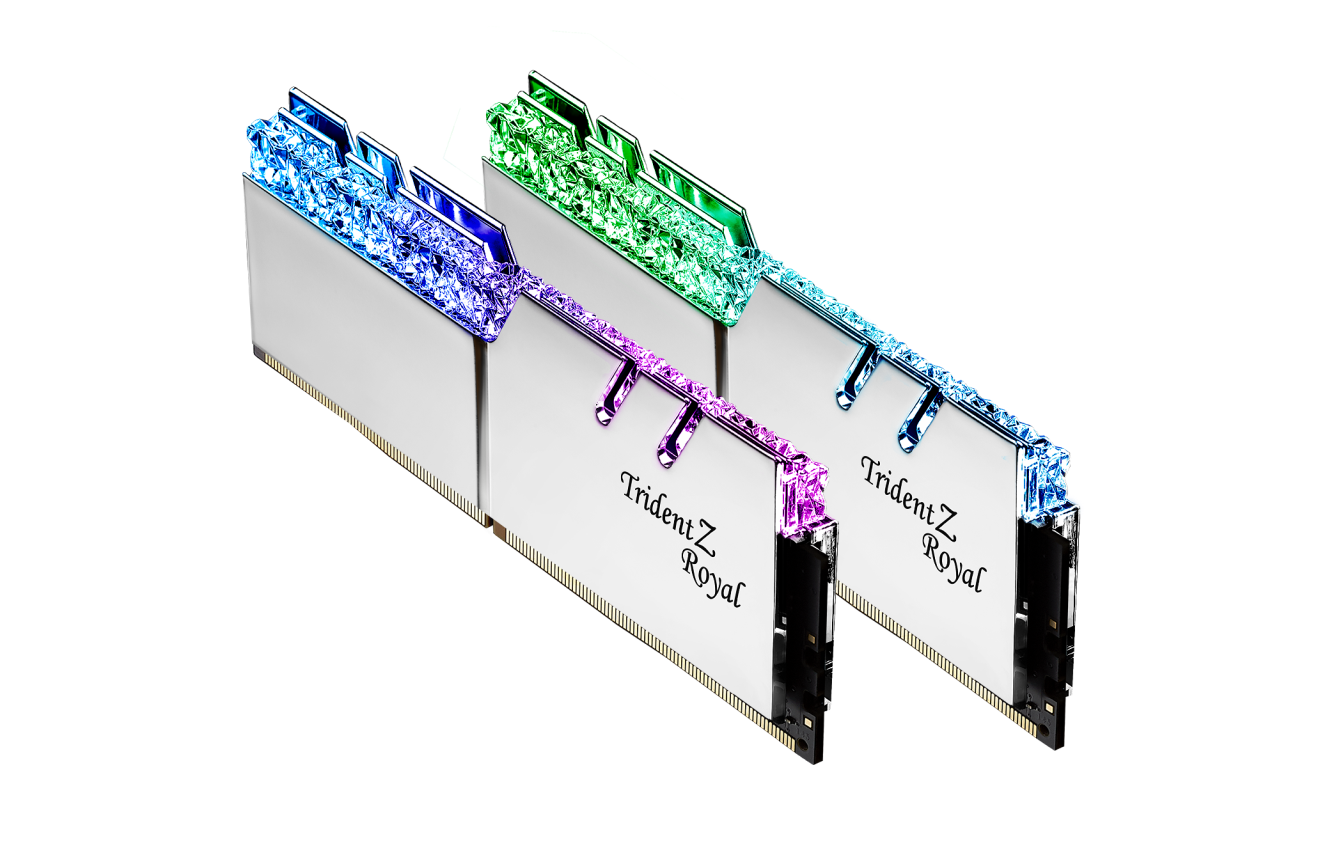 G.SKILL, a world-leading manufacturer of extreme performance memory and gaming peripherals is releasing new extreme-speed DDR4 memory kits that push 16GB and 8GB modules up to DDR4-4400 with a low latency of CL17-18-18-38 across the board, under the Trident Z Royal family. Upgrading specifications across all three fronts of memory frequency speed, module capacity, and low memory latency, these specifications are engineered with Samsung B-die ICs and designed for the latest Intel Z490 platform to achieve higher performance for gaming and content creation.

As 32GB memory total capacity becomes the standard for gaming PC and performance PC builds, G.SKILL recognizes the importance of extreme performance 16GBx2 memory kit configurations. Rising to the challenge, G.SKILL has created the DDR4-4400 CL17-18-18-38 memory kit with 32GB (16GBx2) capacity under the Trident Z Royal family. See the memory kit stress testing on the MSI MPG Z490 GAMING PLUS motherboard with an Intel Core i5-10600K processor in the screenshot below.

Additionally, the same DDR4-4400 CL17-18-18-38 32GB (16GBx2) memory kit is seen tested on the ASRock Z490 AQUA motherboard and the Intel Core i9-10900K processor in the screenshot below. At the same time, G.SKILL is also lowering the memory latency of 16GB (8GBx2) kits at DDR4-4400 to CL17-18-18-38. As seen in the screenshot below, the memory kit is validated on the ASUS ROG MAXIMUS XII FORMULA motherboard, based on the Intel Z490 chipset, with the Intel Core i9-10900K processor. This faster memory kit will greatly improve the performance of your system and be a huge upgrade compared to your previous memory.

These high-speed, low-latency Trident Z Royal memory specifications will be available via G.SKILL worldwide distribution partners in Q3 2020. Hopefully, we see G.Skill transfer these timings and put them on 32GB DIMMs for high total capacity.