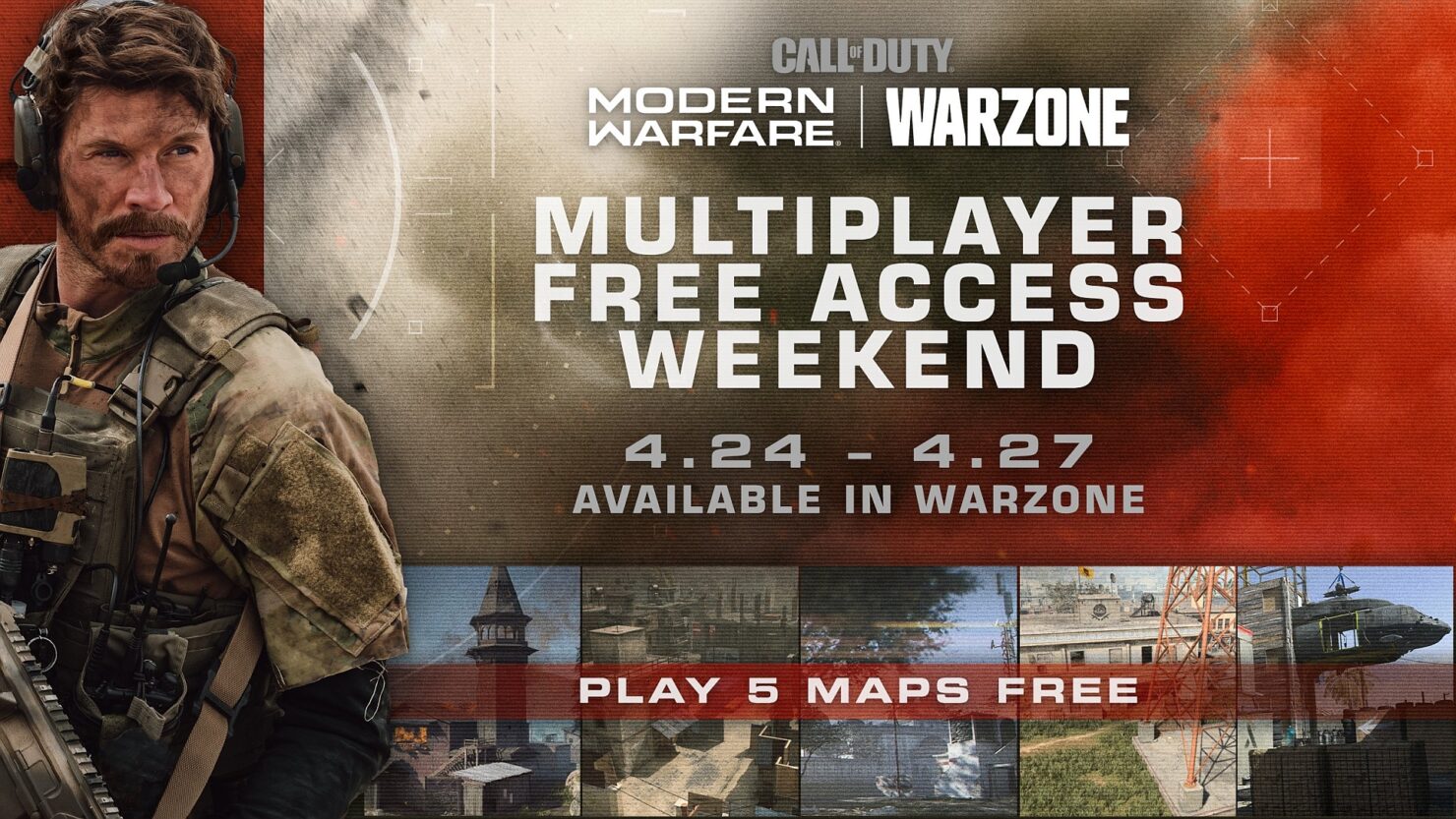 Five free Modern Warfare multiplayer maps will be available through Call of Duty Warzone this weekend, as announced by the official Call of Duty Twitter account.

The free Modern Warfare multiplayer maps are Hovec Sawmill, Talsik Backlot, Aniyah Incursion, Hideout, and Shoot House. The weekend access is set to begin today at 10 AM Pacific Time and it's due to end on Monday at the same time.

If you're eager to jump in on the action, though, keep in mind the download of Call of Duty Warzone is quite huge, between 83 and 101 GB depending on the platform you'll be playing on, so you'd better get started right away.

Modern Warfare recently got its Season Three update, featuring three new maps (Hovec Sawmill, Talsik Backlot, and Aniyah Incursion) and the return of Alex, the character who was seemingly killed off in the game's single player campaign. He's available through the purchase of the Season Three Battle Pass.