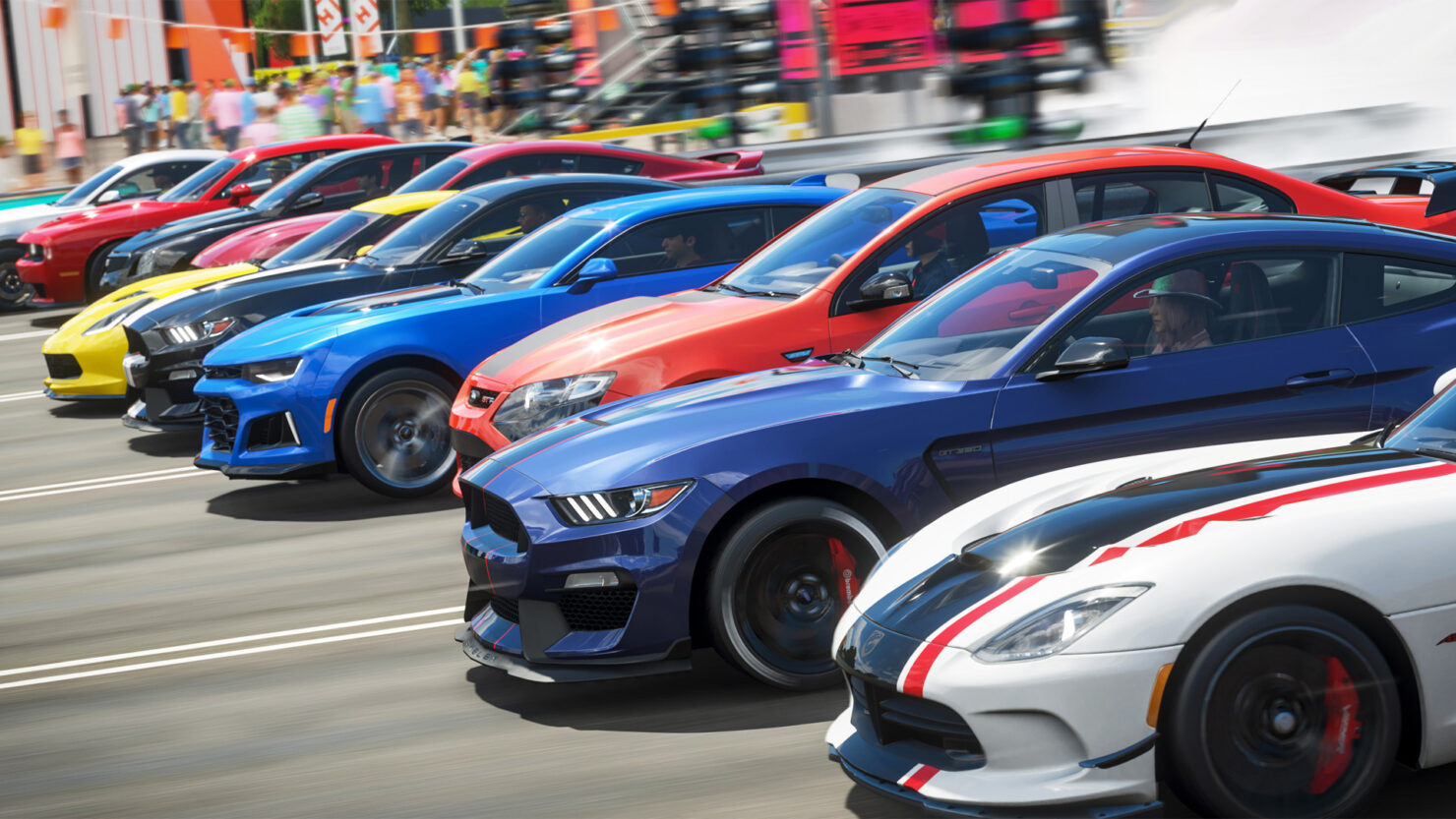 Forza Horizon 5 drops a new update today, and it includes a number of updates for the game’s “Horizon Open” multiplayer. The main addition is Custom Racing, which allows you to set a long list of parameters before matching up with other racers online. Horizon Open is also getting its own progression system, with players earning badges by participating in challenges and online races. You can get more detail on Custom Racing and the new badge system, below.

Custom Racing arrives to Horizon Open allowing you to matchmake with likeminded players based on your desired racing parameters, such as PI class and type of race. We’re also introducing a new stand-alone progression system into Horizon Open. This will apply to Open Racing, Drifting, Playground Games and Custom Racing. It doesn’t count for The Eliminator, and we’ll be moving this game mode from Horizon Open to the Online tab in the pause menu.

Starting in Series 6, any XP earned in Horizon Open contributes towards both the traditional player level and the new Horizon Open level. Each level has a specified XP target, which you can view alongside upcoming rewards in the Horizon Open tile. You’ll also find a new additional XP bar for your Horizon Open level on the post-race screen.

Badges are a new reward type earned by completing special challenges or by levelling up in Horizon Open. These add a small colorful icon beside your Gamertag and are visible in Horizon Life Free Roam, race standings and Leaderboards. Complete challenges to unlock new Badges and redeem those already unlocked via the dedicated Badges menu under the Campaign tab. We’re also introducing a new Horizon Open Leaderboard which displays your total Horizon Open XP – it's also a great place to show off your unlocked Badges and compare XP earned with your friends and the global Forza community.

If you’d like to know about every bug fix and tweak included in Forza Horizon 5 “Series 6” update, you can check out the full, unabridged patch notes, right here.

Forza Horizon 5 can be played on PC, Xbox One, and Xbox Series X/S. The Series 6 update is available to download right now.