Following the footsteps of other major auto makers, Ford already has built semi-autonomous vehicle features. But that’s nothing compared to what they have planned as they are now working on fully autonomous vehicle technology.

Sit back, relax, and let your car take you to your destination

The company announced its Ford Smart Mobility plan at the Consumer Electronics Show (CES) 2015 and promised a driverless car with a blue oval. A fully autonomous Ford Fusion Hybrid which can sense objects and predict the movement of cars and pedestrians is already being tested on the road, said Chief Technical Officer (CTO) Raj Nair during the keynote address of the company. He also added commenting on the existing parking aids:

“We're already manufacturing and selling semi-autonomous vehicles that use software and sensors to steer into both parallel and perpendicular parking spaces, adjust speed based on traffic low or apply the brakes in an emergency," said Raj Nair, VP and CTO of Ford, during the Ford CES keynote. "There will be a Ford autonomous vehicle in the future, and we take putting one on the road very seriously." 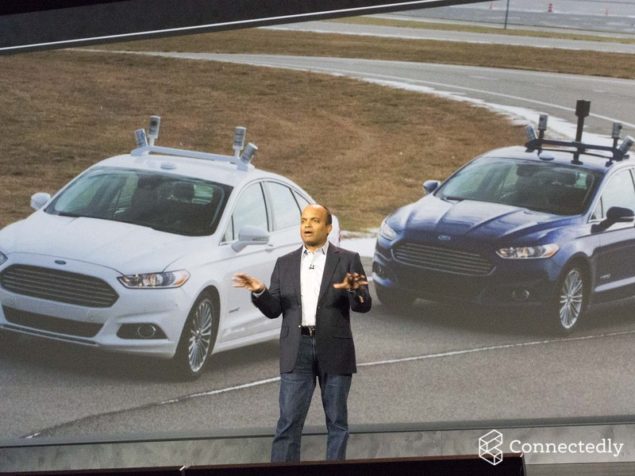 Raj Nair during his address

Nair also talked about the company’s initiatives that revolve around autonomous driving. According to him the key enablers are smart software development and improved sensor systems in cars. He believes that the dawn of autonomous cars on roads is just five years away; he also claimed that Ford will offer autonomous cars in the near future and that the company already has ‘semi-autonomous’ cars already on the road. He thinks that the company’s approach is more pragmatic (sensible or realistic), along with that he said that the company  already has cars that can parallel and perpendicular park themselves. The company refused to go into much detail but did mention that the Ford Fusion Hybrid has these features as it base. In addition it has four LIDAR laser rangefinders that have been bolted onto the car, so that they can build a 3D map of the other vehicles and pedestrians around it.

On the other hand President and CEO of Ford Mark Fields shed light on the autonomous car project and also downplayed the company’s rivals without, obviously, naming them:

“Our priority is not in making marketing claims or being in a race for the first autonomous car on the road,” Fields argued. “Our priority is in making the first Ford autonomous vehicle accessible to the masses and truly enhancing customers' lives.” “Henry Ford taught us long ago that a good business makes excellent products and earns a healthy return,” Fields added. “A great business does all that while creating a better world. That is what continues to drive us each day.” 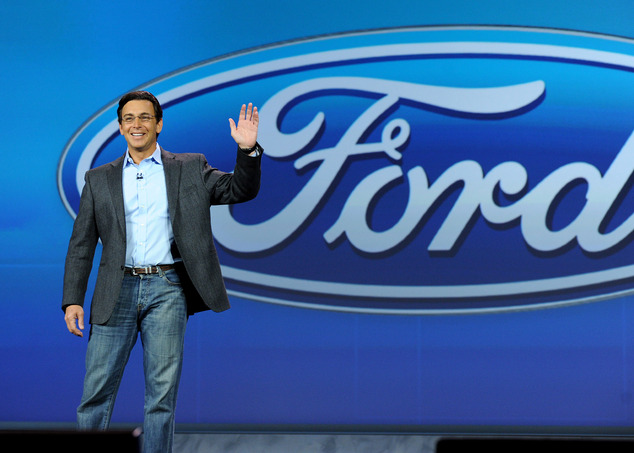 Mark Fields during his address

The CEO also noted that Ford has four main focus areas that it has to address for the auto industry’s future; they include the rising population growth and its direct effect on the clogging of roads, a growing middle class, concerns about pollution and air quality, and lastly the changing attitudes of its customers. For more info check out their website.