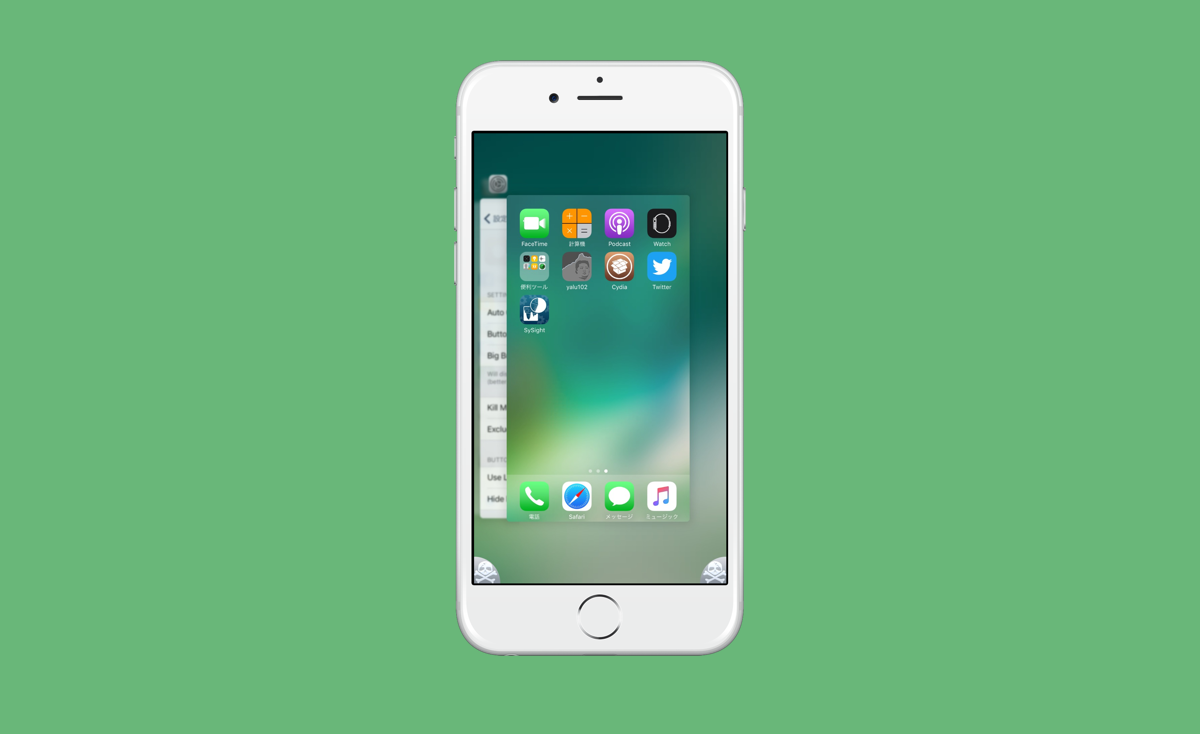 Using a jailbreak tweak, you can force close all running apps together in the background in iOS 10. The tweak is compatible with iPhone and iPad, both.

Numerous apps running in the background is pretty much everyone's pet peeve. We tend to double click the Home button on a regular basis to bring up the app switcher and frantically get rid of those apps in exchange for more battery life. Quite frankly, killing those apps from the background won't give you good battery life at all, and is something that has been proven on a number of occasions. But, still, if you are looking for a way to get rid of those apps running in the background in one fell swoop, then you might want to look into KillBackground10.

As the name of the tweak suggests, it's compatible to work with iOS 10. Once downloaded and installed, simply bring up the iOS app switcher and then tap on the new button at the bottom right hand corner. This will immediately force close all the apps that are running in the background. Although this might not equate to good battery life in return, what you will get is a good lease of performance for the time being. This is essentially handy on a device that is old, such as an iPhone 5s or similar.

Apart from the most obvious feature of letting users force close all apps at will, there are a few other tricks available to the user. For instance, you can customize the kill switch button in the app switcher to either make it look big or small. You even have the option to set whether or not the tweak should stop the music as well when you get rid of all the apps from the background.

Since the tweak is packed with loads of great features, therefore it commands a small price tag. And yes, it's meant to work with a device that is jailbroken, something that's a strict prerequisite. Once you have made your mind, you can download and instal the tweak directly from the BigBoss repo in Cydia.