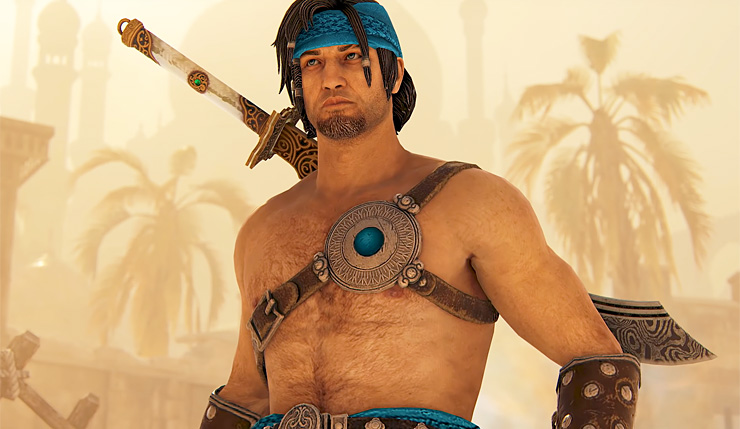 For years now fans have been wondering when Ubisoft might revive the Prince of Persia, and it turns out the time is now! Well, sort of. The Price returns as part of For Honor’s new “Ruler of Time” limited-time mode. Ruler of Time will see players battling on a map infested with sand creatures, and every so often the Prince himself will show up to wreak some extra havoc. Check out a trailer for the mode, below.

Well, well, the Prince is certainly looking rugged these days. Here’s a bit more detail about the Rule of Time mode:

The Prince of Persia has arrived in For Honor, and an army of sand creatures have followed him into battle for a special limited-time event! The new mode, Ruler of Time, brings Heroes to the transformed Harbor map for a sand creature-infested Dominion match. Periodically, the Prince will step out of a tornado of sand, and – wielding unique powers granted by the Dagger of Time – he’ll begin hunting and attacking players, regardless of which side they’re on. After the first week of the event, the Ruler of Time mode will transform. The Harbor map will undergo another big change, and the Prince will transform into the merciless Dark Prince.

Of course, the event will come with a free battle pass, that will let players earn 30 tiers of new gear and other goodies. You can also buy a couple Prince-of-Persia-themed outfits directly from the in-game shop.

For Honor is available now on PC, Xbox One, and PS4. The first chapter of the Ruler of Time event is in full swing right now, while the second chapter will kick off on March 19. So, what do you think? Excited to see the Prince of Persia return, or are these kind of cameos more frustrating than fulfilling?