With the growth of facebook and social networking, the way we communicate in the modern age has become greatly advanced. Users are now connected to their friends and other social circles on the go and calls, messages and more can be made at a single click. With that being said, the increased amount of contact online has also brought some rather unseemly disadvantages with it.

One of these caused a major uproar a month back, when WhatsApp introduced the infamous 'double blue ticks' in its service, that indicated a message being read and not having replied to. Thankfully, we have an easy workaround to that, which you can learn how to implement here. While WhatsApp received major criticism over its feature, a relatively silent player in the same arena has been the Facebook Messenger, which has been sending 'Seen' receipts for a very long time. Well, thankfully again, we now have a workaround for that too. 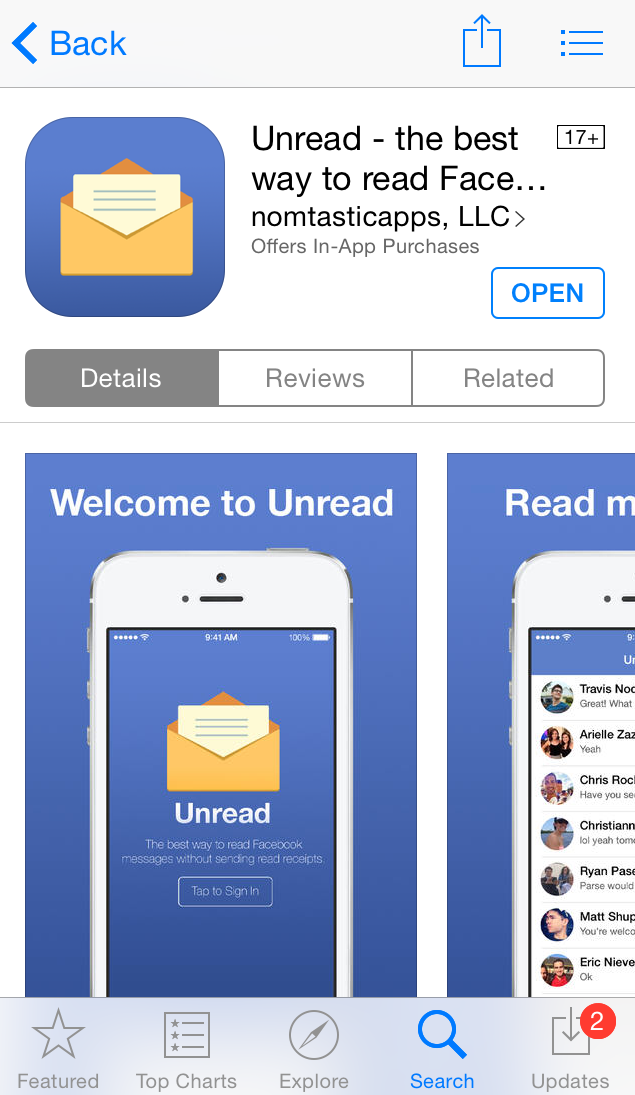 Well, your days of managing your social circles while having to worry about the consequences of sending 'Seen' receipts just might be over. The fix to Seen receipts on Facebook Messenger is quite an easy one. All you have to do is head to the AppStore and download Unread. Unread is a free App from folks over at nomtastic apps, and like the name says, it'll allow you read Facebook Messenger messages without sending Seen receipts.

However, Unread does not let you send messages, and to do so, you will have to use Messenger once again. Its still a convenient method of disabling Seen receipts, particularly for those who use Facebook Messenger extensively. And one more thing, Unread also does not require you to jailbreak your device. So head over to the AppStore and download Unread right away. Or click here.

How to Modify Refresh Rates on Windows 11 Systems