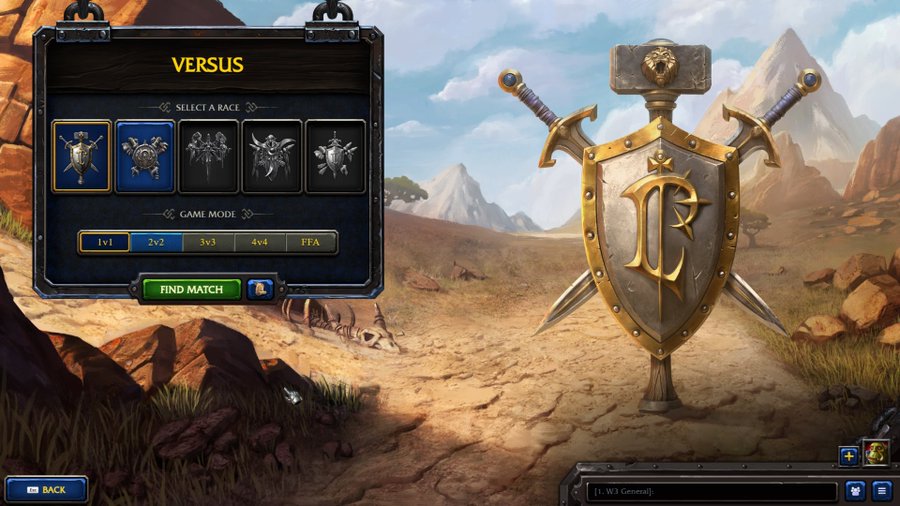 Based on the reactions we’ve seen so far on social media, fans aren’t too happy with the game’s menu as it lacks the social aspects that the original game combined with the old Battle.net had. Of course, Blizzard has now integrated its chat and social aspects into the new Battle.net for all of its games.

Blizzard announced its reimagining of Warcraft 3 at last year’s Blizzcon event. Warcraft 3 Reforged includes Reign of Chaos and the Frozen Throne expansion, both rebuilt from the ground up with a thorough visual overhaul, an upgraded World Editor and a suite of contemporary social and matchmaking features through Battle.net.

For Warcraft III: Reforged, every character, structure, and environment has been recreated to emphasize the depth, dimension, and personality of this rough-hewn world. The Warcraft III saga, which spans more than 60 campaign missions, enjoys an epic retelling in Reforged, with over four hours of updated in-game cutscenes and rerecorded voice-overs that breathe new life into the earliest renditions of key characters like Sylvanas Windrunner and Arthas Menethil.

“Warcraft III is monumentally important to us here at Blizzard, and its influence is evident in everything we’ve done since,” said J. Allen Brack, President of Blizzard Entertainment. “A project like Warcraft III: Reforged isn’t something we undertake lightly, partly because of this legacy, but more importantly, because we know what it means to our players.”

Warcraft 3 Reforged is slated for a release on PC later this year.