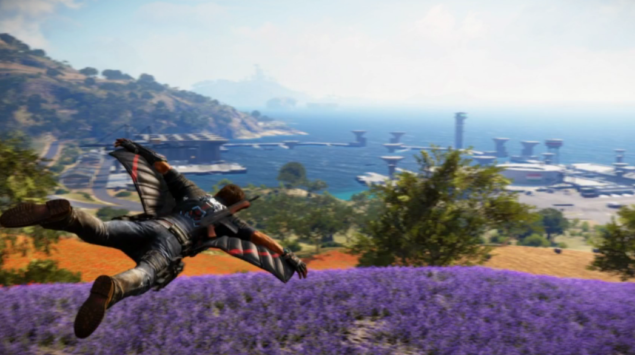 Neogaf user Death Metalist posted his first Just Cause 3 impressions, having been able to get his hands on the game a full week before the official launch.

According to him, the game runs at a solid 30FPS on Xbox One unless there are huge explosions going on; as a reminder, Just Cause 3 runs at 900P on Microsoft's console while it will be Full HD (1080P) on PlayStation 4.

For the most part it's a solid 30 FPS unless there is a really big explosion involved with physics stuff.

He also provided a lot more gameplay details, including the exact numbers of missions, provinces, challenges etc. you'll be able to find in Just Cause 3.

The game starts off pretty strong and pretty much throws you right in the mess of things while teaching you some of the mechanics. Literally within the first 10 or so minutes you'll get the wingsuit and tethering objects. I could only make 2 tethers and the maximum is 6 tethers. Of course, that's only possible by upgrading it thanks to your gear mods menu option, you do challenges to unlock crazy upgrades that concerns pretty much everything you use. Weapons, grenades, hook etc.

The game has great draw distances on consoles and it seems to be a really massive place to wreck havoc in. So far this just seems to be a crazier, bigger and better JC2. There are 3 regions, 29 provinces, 130 settlements, 25 missions, 112 challenges, 40 daredevil jumps, 23 ancient tombs and a bunch of other collectibles.

Moreover, he mentioned that shooting feels a lot better than in Just Cause 2, where this was one of the most criticized aspects of the game. In two other posts, he said that graphics aren't particularly great despite being vivid and colorful.

Just Cause 3 also makes use of the Xbox One controller's impulse triggers, according to him, and it's possible to turn all the HUD off or even leave just the reticle for maximum immersion. Finally, he grabbed a few short videos with his smartphone (the built-in Xbox One DVR is turned off for the moment, it will be probably be active on launch day), which we have embedded below.

We have posted the official Just Cause 3 system requirements for PC just yesterday, in case you missed them.