Like Square Enix has done for the original release of Final Fantasy XIV, a benchmark utility is now out so that you can test your PC's mettle against the graphical improvements they've made to make sure that you can run it smooth as silk. 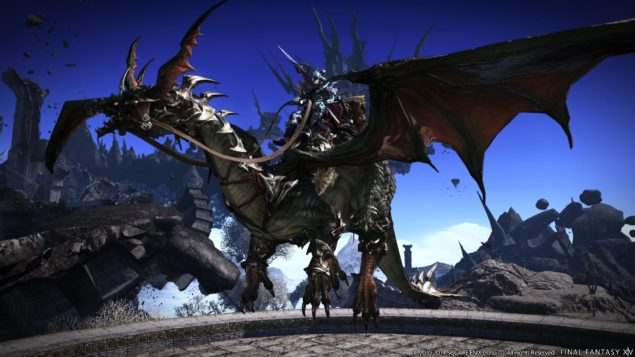 Final Fantasy XIV: Heavensward benchmark tool is now available for you to download.

The benchmark itself weighs in at a hefty 1.6GB in total but packs a surprising punch. Once downloaded and extracted it'll run through various scenes that are representative of the game itself, and they look mighty fine for being based on an "older" game engine. And there are a surprising amount of customization options as well.

Under the hood they've made the move to Direct X 11 which means better tessellation, higher quality HBAO implementation and better reflections. They've also made use of technologies available through NVIDIA's GameWorks, so NVIDIA cards will have a performance advantage.

With a Xeon 1230V3 at 3.3GHz and a 290X playing at 1440P at the maximum settings I can manage to achieve a score of 6287 with an average framerate of 48.369. Not necessarily horrible, but not too shabby either. Again, I'm still surprised with how good Final Fantasy XIV has aged in the graphics department. It looks like Square Enix has managed to make the most out of what they had.

You can download the benchmark directly from Square Enix right here. Feel free to give it a whirl and let us know what kind of results you get from it. Final Fantasy XIV: Heavensward launches on June 23rd and opens up early on June 19th for those that pre-ordered it.