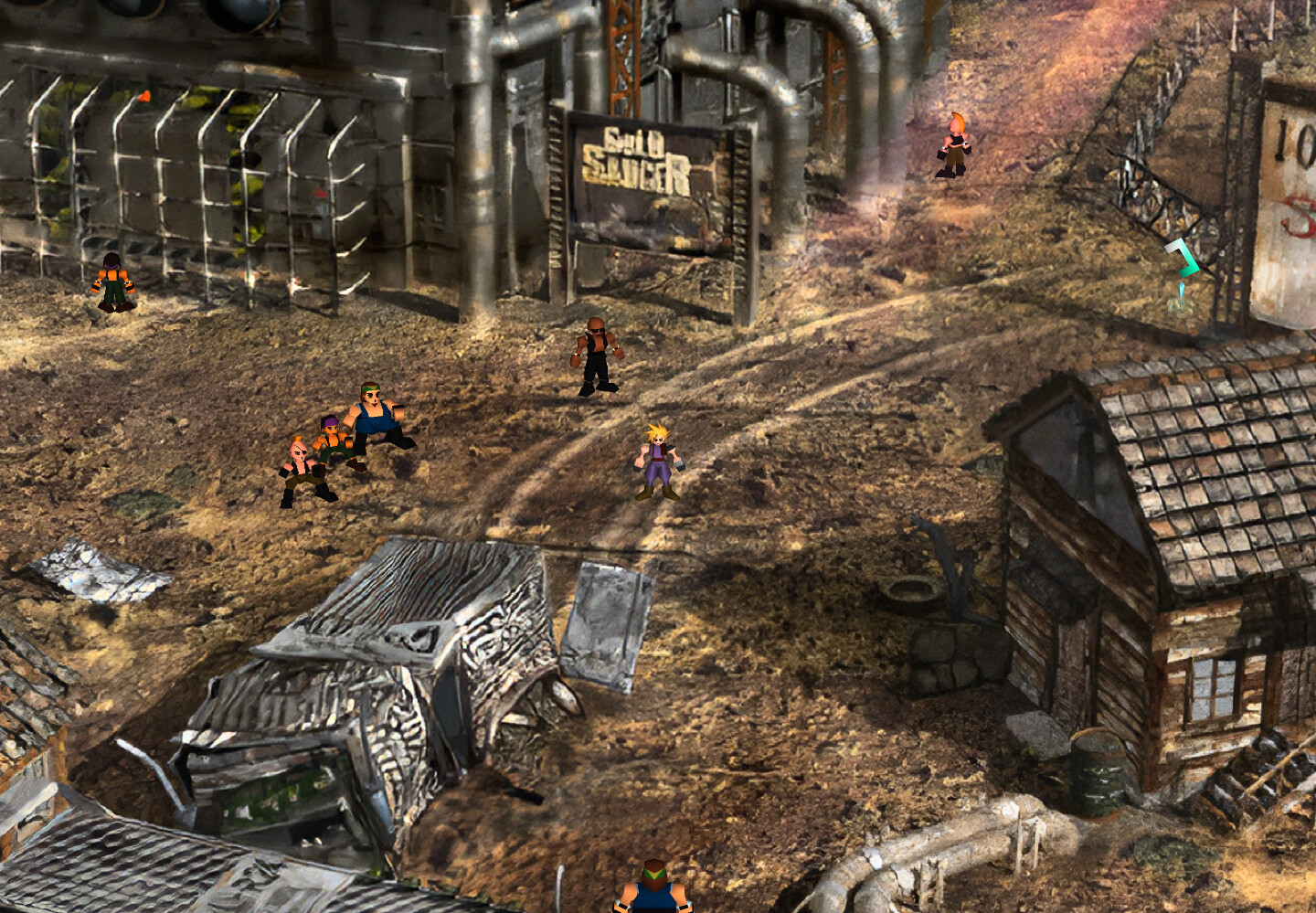 Using AI Neural Networks, the mod enhances the game’s original resolution of backgrounds by up to 4 times. “Using state of the art AI neural networks, this upscaling tries to emulate the detail the original renders would have had”, the modder writes. “This helps the new visuals to come as close to a higher resolution re-rendering of the original as possible with current technology.”

The beta version of the mod is compatible will all PC releases of Final Fantasy VII, including the original 97 disc release, the 2012 Square Enix Store version, and the most recent 2013 Steam version.

We’ve included some screenshots and videos from the mod in action down below:

According to ‘CaptRobau’, the entire game has been converted and is fully playable. However, due to the size of Final Fantasy VII, it’s possible that the mod does contain some bugs and graphical imperfections.

A pretty amazing mod for one of the best JRPGs ever released. Those interested can download the mod’s beta version right here.