A listing for Final Fantasy VI on the PEGI website has been found that indicates that it might be releasing fairly soon. The listing itself has a release date listed of November 16th 2015, which has come and passed with no Final Fantasy VI to be seen on the PC.

Is Final Fantasy VI making one final stop onto the PC sometime soon?

Usually PEGI ratings are sound sources of information, with many games and relatively accurate release dates being revealed because of PEGI listings. In this case, the release date has passed, though that doesn't mean we won't see it soon.

Final Fantasy VI, or III in the US when it originally released on the SNES, was one of the very best Final Fantasy RPG's to ever grace any console. The music, atmosphere, character development and the story itself are all incredibly well done, and are examples to be followed by even modern RPG's.

Final Fantasy VI was ported to the original PlayStation in 1999, the Game Boy Advance in 2006, the Wii Virtual Console in 2011 and finally became available on the PSN for the PS3 and PS Vita in 2011. Of course you can enjoy the classic on Android and iOS, but there's just one more platform missing, the PC. It was, and still is, a classic and fantastic example of an RPG. The replay value remains rather high for most people. 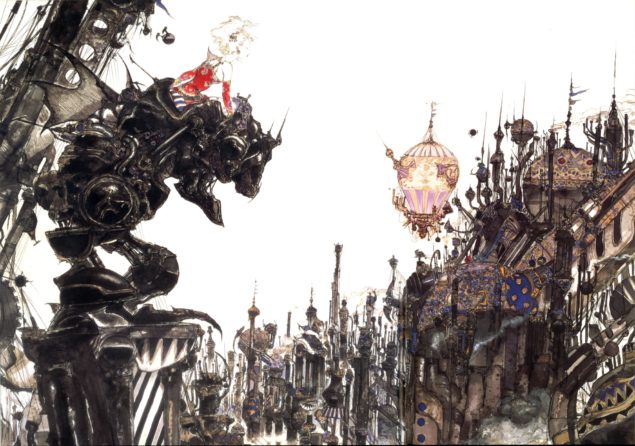 Hopefully Square Enix releases a statement or the game itself very soon. We'll be on hand with any info as soon as it becomes available. And of course the bigger hope is that the original graphics are maintained.