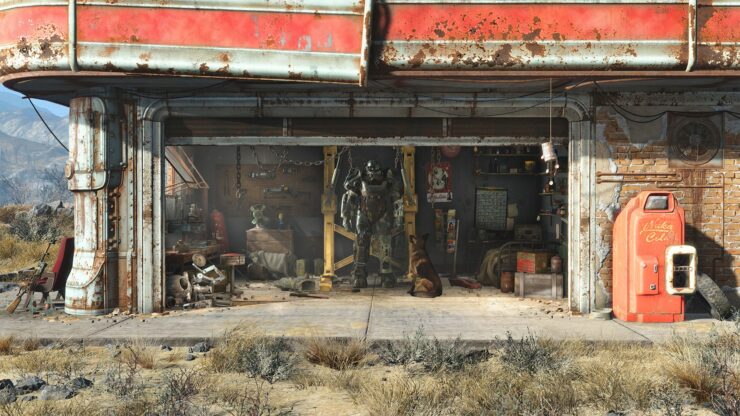 Fallout 4 updates are coming in pretty frequently, showing how the team is focused on delivering new features as often as possible. A few hours ago, another Fallout 4 Beta update has been made available for the PC version of the game, introducing a feature that will make more than one player happy.

The biggest addition of the Fallout 4 1.6 Beta Uodate is the ExitSave feature, which creates an ExitSave when players exit to the main menu. Other new features include support for future add-ons and some new fixes.

NEW FEATURES
ExitSave - Exiting to the Main Menu will create an ExitSave. During next play session, the ExitSave will delete itself after you load it. The Existsave works in all difficulty levels including Survival.
New Add On specific icons in Workshop mode
Support for upcoming Add Ons

FIXES
General stability and performance improvements
Fixed a crash related to targeting an enemy weapon while in VATS
Fixed an issue where a Companion would become stuck walking and unable to run
Fixed issue in "Mankind Redefined" to prevent the player from getting stuck in elevators while in Mass Fusion Building
In "Boston After Dark" quest now completes properly when waiting for Old Man Stockton
Fixed occasional issue where player would become permanently invisible
Dead settlers can no longer be commanded or assigned to supply lines
Fixed issue where deleting saved games would cause other saves to disappear
Fixed occasional issues with activating mods that did not come from Bethesda.net
Minor bug fixes and optimizations to Mods load order and browsing

On a related note, Bethesda also shared earlier today a new video taken during the E3 2016 where actor Brian T. Delaney tries out the recently announced Fallout 4 VR. You can check out the video below.

Fallout 4 is now available in all regions on PC, PlayStation 4 and Xbox One. The 1.6 update will be coming to the PS4 and Xbox One version in the coming weeks.