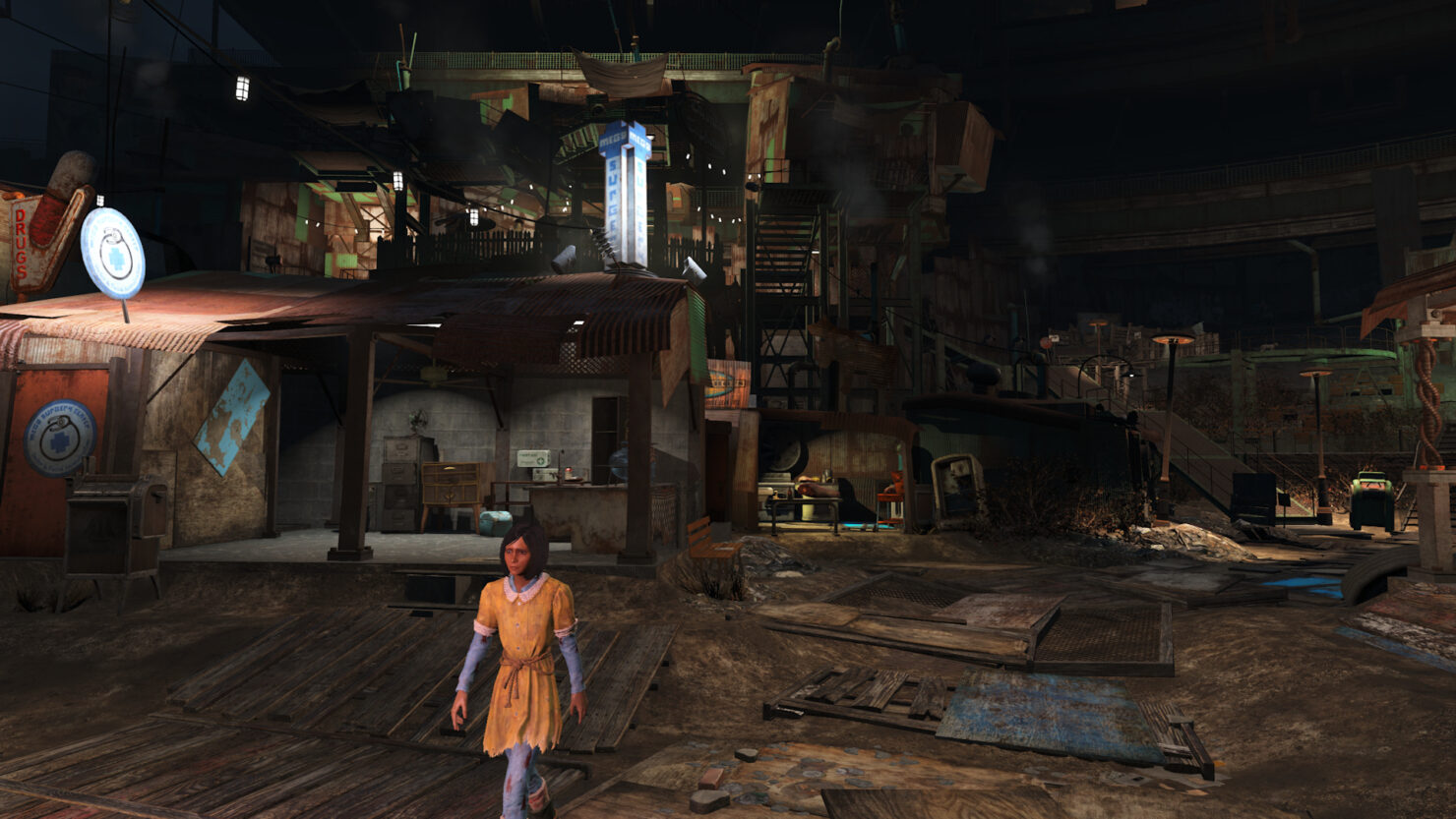 A new version of the Fallout 4 Ultra Exterior Lighting mod has been released online, introducing more dynamic lights and select other improvements.

The full changelog for the mod can be found below.

The Fallout 4 Ultra Exterior Lighting mod vastly improves lighting, as over 1500 light sources in the game are made to cast actual light. The mod impacts performance, so those playing the game on older systems may have some issues.

Around 1500+ physical lights in now have shadow cast lights for them in place of the non-shadow cast ones. There has also been much work done on improving all the lighting associated with physical light sources as well, bringing you a vastly improved lighting experience from what you encounter in the vanilla game.

Almost all the new shadow casts lights use a trigger box that swaps them to there non-shadow cast version at X distance from player depending on the location and other factors.
The use of trigger lights allows for better distance lighting and helps improve the performance by not having shadows rendered where there not really visible or at too far a distance to be visually noticeable.

Fallout 4 can be played on PC, PlayStation 4 and Xbox One. There's also a VR version of the game for those that own PC headsets such as HTC Vive or Valve Index.