[Update2] Contrary to was has been reported earlier today, those who have managed to get the Season Pass for free have actually received it. The Pass doesn't appear in the purchased content list on the web version of the PlayStation Store, but it's possible to download it on the console.

[Update] Unfortunately, those who have tried getting the Fallout 4 Season Pass for free won't be receiving the additional content for free, as the purchase has been changed a few minutes ago to a Fallout 4 Static Theme

[Original Story] The Fallout 4 Season Pass has become unavailable for purchase on the PlayStation Store following its price increase from earlier this month. Both Sony and Bethesda stated that things would be fixed soon, and today the Season Pass has become available again on the European PlayStation Store, with an added bonus that nobody expected. 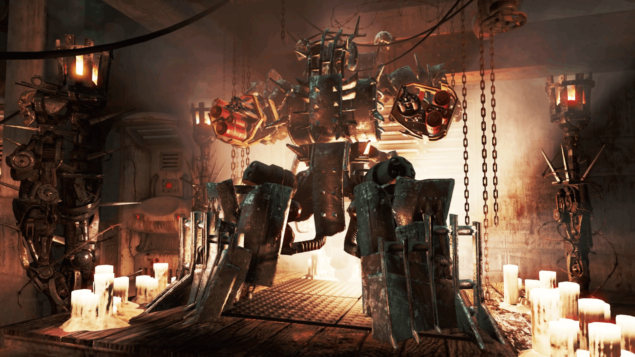 The Fallout 4 Season Pass is now available for free on the European PlayStation Store. The transaction can be completed successfully, but we have no idea if those taking advantage of this will indeed be able to get all the additional content for free. 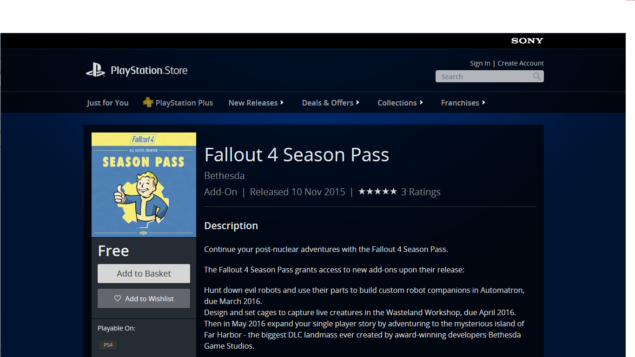 Earlier this week, Bethesda revealed all the latest details on the Automatron DLC, the first DLC pack coming to Fallout 4 in the next few months. The DLC, which will be released on March 22nd, will be filled with all sorts of mechs. Players will also be able to build and mod their own custom robot companions.

In Automatron, the mysterious Mechanist has unleashed a horde of evil robots into the Commonwealth, including the devious Robobrain. Hunt them down and harvest their parts to build and mod your own custom robot companions. Choose from hundreds of mods; mixing limbs, armor, abilities, and weapons such as the all-new lightning chain gun. Even customize their paint schemes and choose their voices! (For characters level 15 or higher.)

Automatron marks the first add-on release for Fallout 4. In April, we’re expanding the capabilities of settlements with Wasteland Workshop, and in May, travel beyond the Commonwealth to Maine for Far Harbor – the largest landmass Bethesda Game Studios has ever created for post-release content. And, that’s just the beginning, with even more add-ons to be released in 2016.

Fallout 4 is now available in all regions on PC, PlayStation 4 and Xbox One. The Automatron DLC will be released on March 22nd.