Alhough the game it still 2 days away from public release, Microsoft's Xbox spokesman Larry "Major Nelson" Hryb, has been playing Fallout 4 all day.

Nelson posted this message on his Xbox activity feed an hour ago. According the Xbox spokesman, he just can't stop playing Bethesda's latest title.

I've managed to take some screenshots of his message from my screen, and from the Xbox One Smartapp.

Over the past week, a lot of Fallout 4 content got leaked in advance of its release. It would seem that the title gained even more hype through these leaks. Bethesda's vice president Pete Hines expressed being "upset" with the leaks, and added that it felt like "people are opening your Christmas presents in November".

Bethesda's community lead Matt Grandstaff stated that leaking content will lead to warnings, suspensions, and possibly even a forum ban.  According Grandstaff, users who are currently sharing their Fallout 4 assets, have copies of the game that they shouldn’t have, or are breaking their non-disclosure agreement (NDA) with 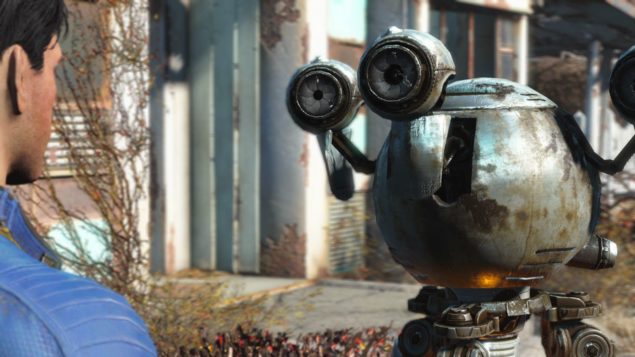 Fallout 4 was officially announced ahead of last E3 by Bethesda. “We know what this game means to everyone,” said Game Director, Todd Howard, “The time and technology have allowed us to be more ambitious than ever. We’ve never been more excited about a game, and we can’t wait to share it.”