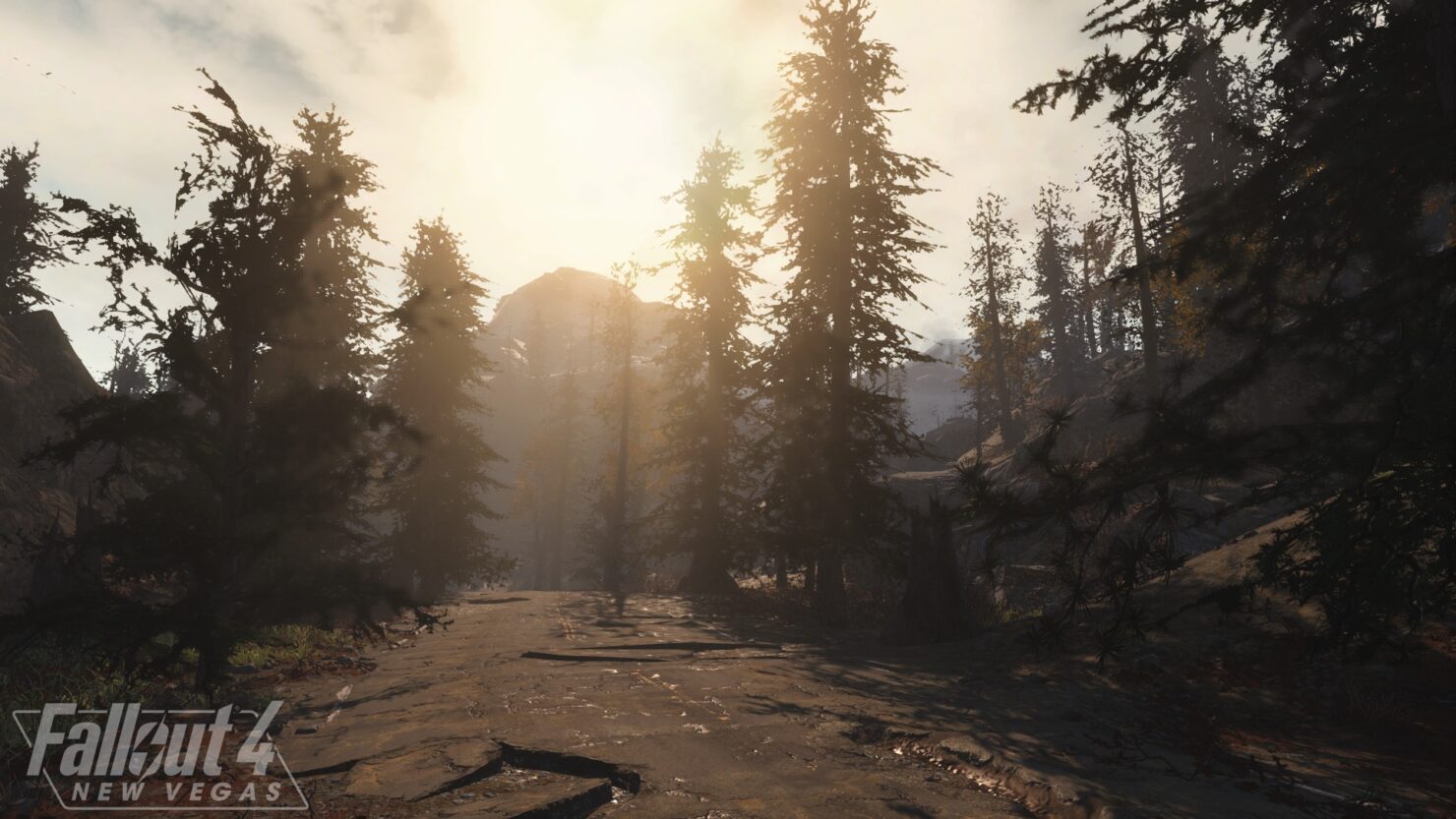 The new screenshots focus on locations that are found in the western part of the map. Needless to say, they look very good and much better than they did in the original game developed by Obsidian.

Our core focus is on remaking New Vegas itself. While some might say that the DLC is too important to be separated from the core of the game, we'd rather avoid any potential loss of focus on the core of the project. Additionally, given that the DLCs in New Vegas were often very much intended for higher-level characters (the first two the player can access, Lonesome Road and Old World Blues, recommend a player character around level 20, when most players will have characters around level 3-5. Lonesome Road can't even be properly started without a highly optimized character build until much later,) we feel it'd be best to focus on getting the core game out first.

The Fallout 4: New Vegas mod has yet to receive a release date. You can find more information on the official website.