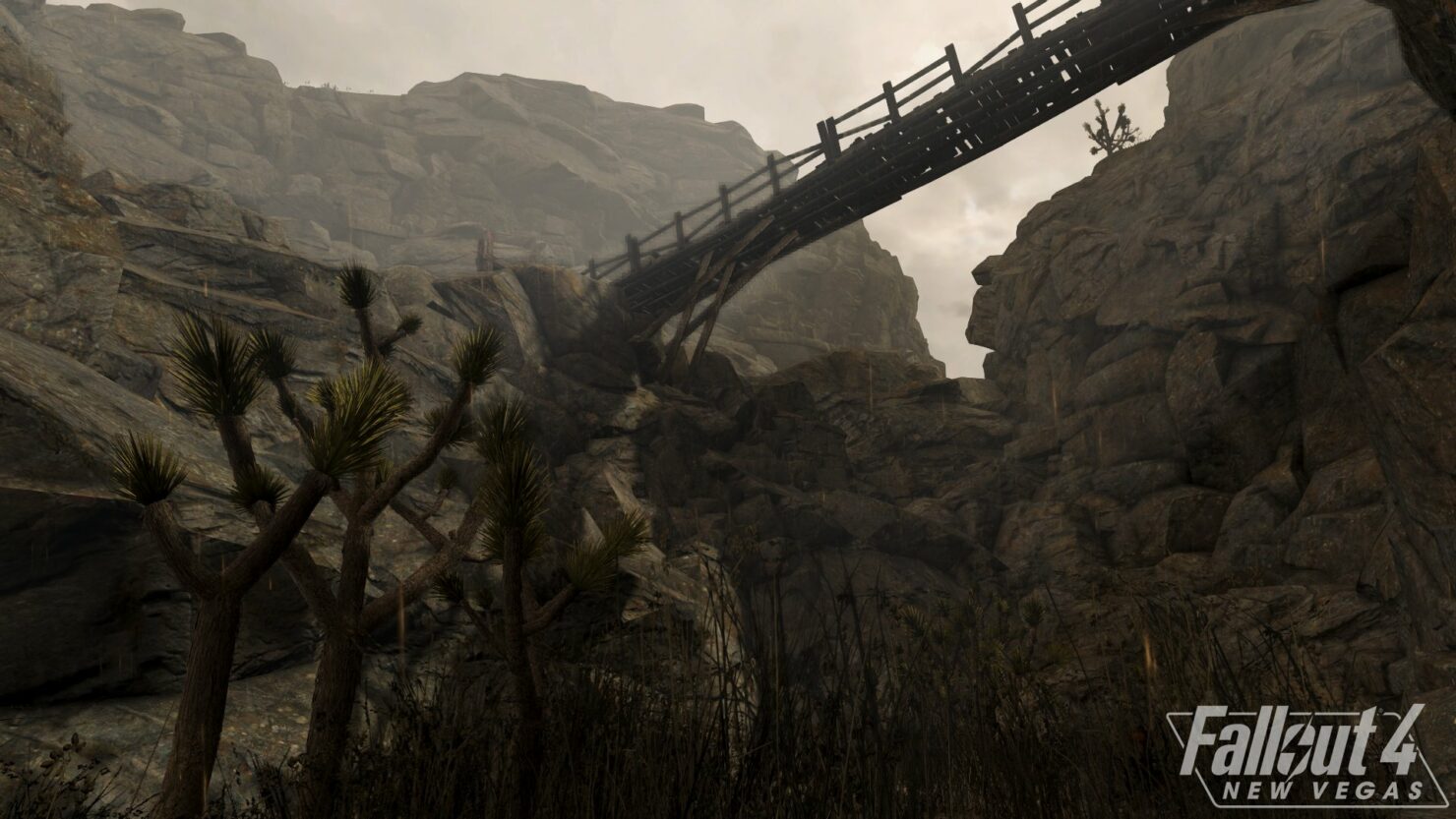 New screenshots have been shared today for the Fallout 4 New Vegas mod, showcasing the recreation of one of the areas found in the original game developed by Obsidian Entertainment.

The new screenshots focus on the Mojave Wasteland, showing a glimpse of Camp Guardian as well.

To start the year off right, why not take a moment to enjoy a little preview of some of our more northern work on the F4NV Mojave worldspace? pic.twitter.com/VCrdVd8gmX

The New Vegas recreation has been in development for some time now. The project aims to recreate New Vegas in its entirety, so players won't just be able to explore the game's map, but also play through its storyline.

Fallout 4 New Vegas is an upcoming Fallout 4 expansion mod looking to recreate Fallout New Vegas in its entirety. You will be able to battle your way across the heat-blasted Mojave Wasteland once again all way to the neon-drenched New Vegas Strip. Along the way, you'll be reintroduced to a colorful cast of characters, factions, mutated creatures and much more in Fallout 4.

All of this is being painstakingly recreated in the Creation Engine 2.0 which powers Fallout 4 & The Skyrim Special Edition. With this newly added power provided by Bethesda's Game Studios, latest in-house Engine the Mojave Wasteland will feel more alive than ever before. Such as the New Vegas Strip being opened up to allow you the player to experience the New Vegas Strip like never before.

Fallout 4 New Vegas will release on a yet to be confirmed release date.