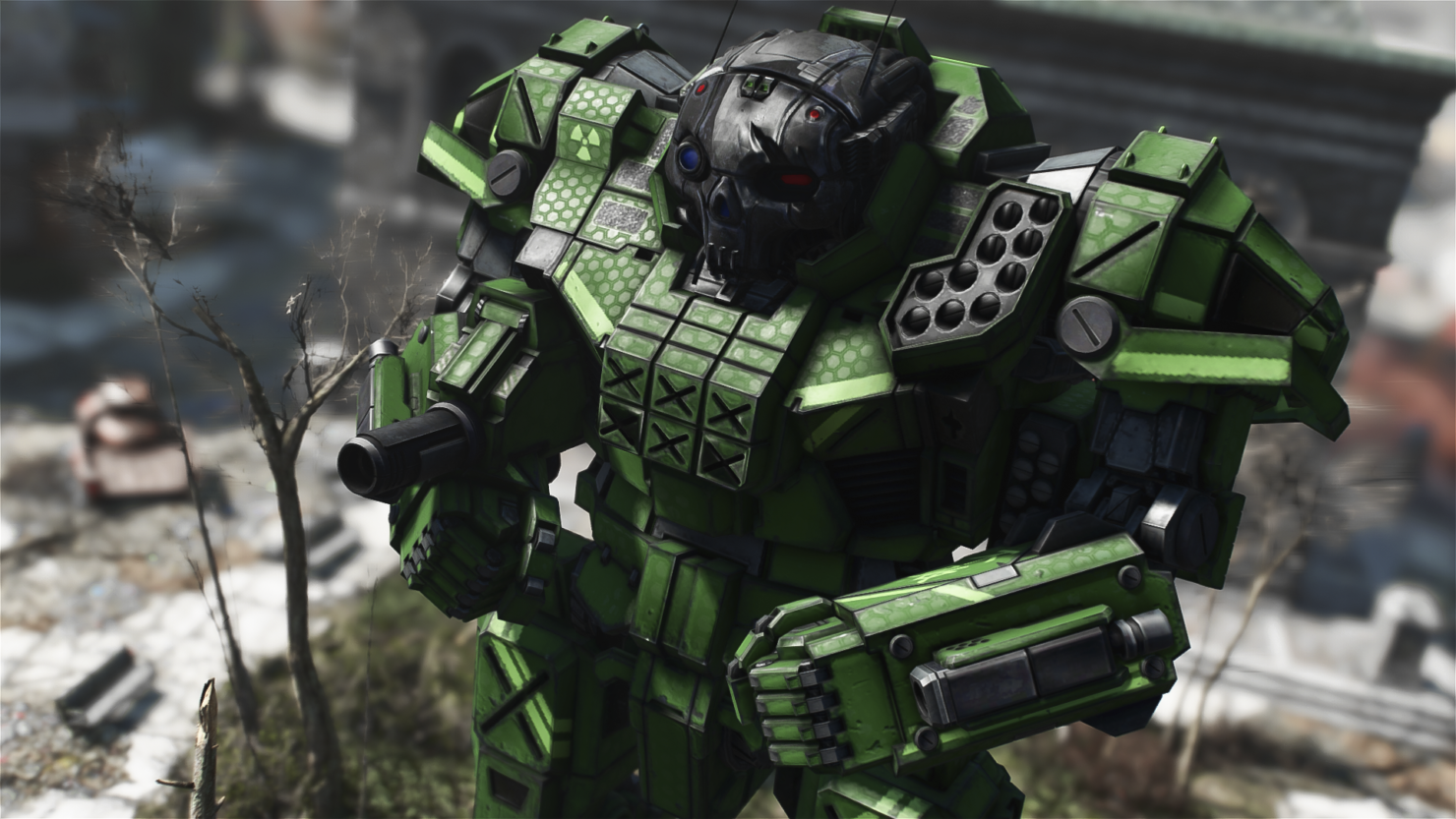 Created by modder ‘Bronx’, the Mechout4 23rd Century Combat mod uses the Mech models from Mech Warrior Online studio Piranha Games. According to ‘Bronx’, the companion Mech can be equipped with “4 arms at the same time and boasts powerful firepower and robust armor”.

Currently, both the Atlas and Centurion Mecha can be used as companion. In order to use this mod, players will need the Fallout 4 Automatron DLC. We’ve included some screenshots and a video from the mod in action below:

Truth be told, this mod is quite cool and those interested can download the Fallout 4 Battle Mech Mod through Nexusmods.

Fallout 4 is available now globally for PC, PS4 and Xbox One. As expected, this mod is only available for the PC version.