As we all know, TweetDeck is a free app. But a clever devil of a developer uploaded a TweetDeck-like app to the Android Marketplace to fool users into actually paying for TweetDeck. He probably scored a few hundred bucks from all the n00bs who foolishly bought the app. I could’ve used that money… for charity, of course! :/

Here’s a screenshot of @TweetDeck on Twitter telling everyone to stay away from the dupe: 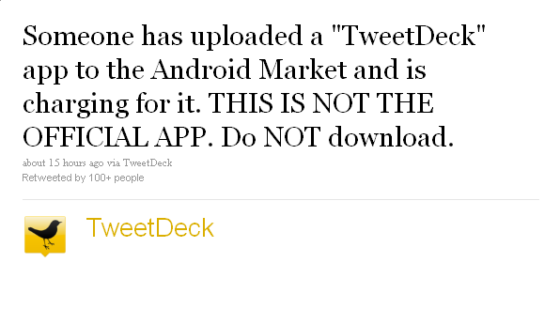