Overall, the Facebook app is good, it surely is lacking some basics but to Meta's credit, the company is making sure that it is pushing new features and updates to the app. At the time of writing, exploring the groups you are a part of is not as easy as one might want as there is no direct way to access your groups.

However, Facebook is looking to change that as a company is testing a new UI element that would let you access all the groups you are a part of with ease.

The new feature is going to be in the form of a sidebar that will come out from the left side of the app, and the sidebar will list down all the Facebook groups you are a part of. Not just that, at the bottom of the sidebar, you also get an option to create a new group, as well as pin the ones that are important to you, and discover new groups that you might want to join. 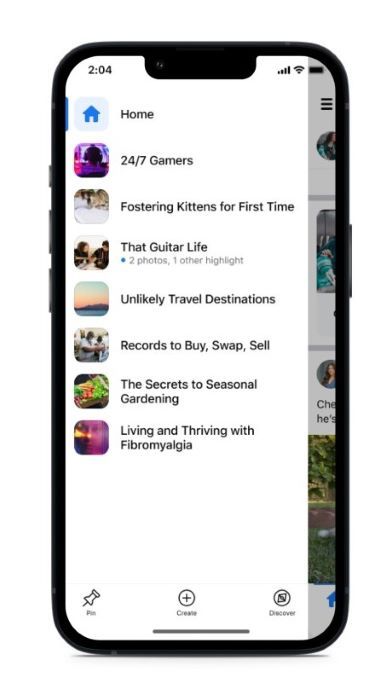 "We’re improving how each group is organized, so you can jump right into what’s happening," Maria Smith, Facebook's vice president of communities, wrote in a blog post "Within your group, you’ll see a new menu that includes things like events, shops and a variety of channels to make it easier to connect with others around the topics you care about."

In addition to that, Facebook is also rolling out Channels, a new way for group members to connect with each other in a smaller setting. Facebook has mentioned how group admins can start to create channels starting today on both Android devices as well as iOS devices. You can set up three different channels including chat, audio, and feed.

The chat channel will allow you to send messages and collaborate together in real-time across Facebook Groups and Messenger. The audio feed works a lot like Discord, allowing you to have an audio room, and turn on the camera as well. Last but not the least, the Feed channels are designed to allow the admins to "organize their communities around topics within the group for members to connect around more specific interests," according to Facebook.