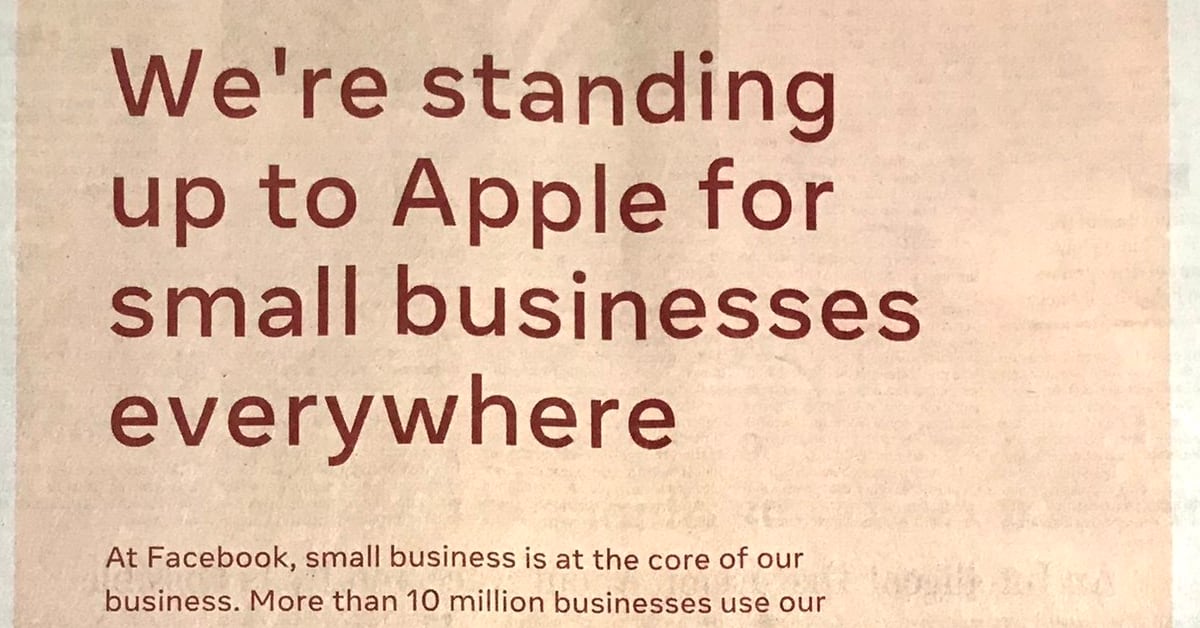 Facebook has published full-page newspaper ads in The New York Times, Wall Street Journal, and The Washington Post to criticize Apple's iOS 14 privacy policy changes which will require apps to get user's consent before tracking them. The company believes that it will hurt small businesses everywhere.

The ads are titled, "We're standing up to Apple for small businesses everywhere" because it will "limit businesses' ability to run personalized ads and reach their customers effectively". In the ad, Facebook says that small business advertisers will see their revenues cut down by 60% because Facebook and its apps will have to ask the user before tracking their information. The ad ends with the line "small businesses deserve to be heard'.

Facebook is notoriously popular for hoarding data for its customers with little to no regard for their privacy. This has helped it become one of the best advertising platforms that let advertisers target their audience with the best effectiveness. With the changes that are coming in iOS 14, apps will have to ask users for permission to track them across the Internet and there is a high possibility that many users would opt-out. From Apple's perspective, it is giving the power to the consumer to own their data and privacy and make an informed decision as to which app can access it. Facebook's ad shows that the company sees this as an attack on small businesses.

Facebook has also gone on the offensive on its official blog to talk about how Apple's privacy policies will be harmful to the 'free Internet' and shared details of how it will hurt small businesses:

The battle between Facebook and Apple has gone public in a huge way with this ad. It will be interesting to see if and how Apple responds to this.

What do you think of Facebook's campaign against Apple's privacy implementation in iOS 14?