As if there aren't already too many standalone Facebook apps for a variety of the social network's features, the social behemoth has released Facebook Poke app for iPhone. This new app reinvents the entire "poke" concept which has been pretty much the same ever since it was introduced all those years ago. Does the app serve any legitimate need or is it totally unnecessary? That's up to the users to decide. 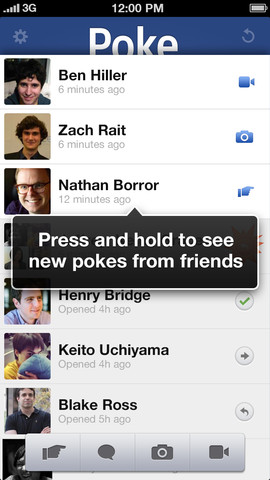 This Facebook Poke app for iPhone is basically a direct competitor of the now famous Snapchat app. The latter allows users to send messages that expire after a very short while. There were rumors circulating earlier this month that Facebook had set out to acquire Snapchat, however it was reported that the makers of Snapchat did not want to get acquired. So instead of waiting on it to grow to an extent after which Facebook would have had to pay a huge sum for acquisition, the Palo Alto outfit chose to make its own version and reinvent Poke as we know it.

With the Poke app, you an poke or send a message, photo, or video to Facebook friends to share what you’re up to in a lightweight way. You can poke an individual friend or several at once. Each message expires after a specific time you’ve set, either 1, 3, 5 or 10 seconds. When time runs out, the message disappears from the app. 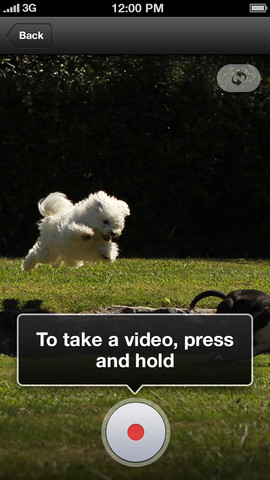 The social network was clearly in a rush to get Facebook Poke app for iPhone out as soon as possible. Rumor has it that this app was developed by a small team at the company, which obviously leaves room for a lot of pending development. On the face of it, the app is exactly like Snapchat. It lets you overlay text on an image before you send it. If the person you poke through this app does not have the standalone app installed, the main Facebook app on their device will send them a push notification to install said app.

It remains to be seen whether this app will take off the way Facebook wants it to. Given how over 125 million of its more than 1 billion users use Facebook for iOS, there is a big possibility that it will be a hit. Currently the app is only available for iPhone, an Android release is said to be coming soon. You can download Facebook Poke app for iPhone absolutely free from iTunes App Store.