Facebook has brought a new feature to its Messenger app: the ability to perform group calls with up to 50 participant. Out of those 50 participants, the first 6 will be displayed on the screen in split view. While other IM apps have adopted the video chat option, Facebook has seen fit to announce group video chats in its Messenger platform. This means that 'Houseparty' app which is quite popular in teens is getting a competitor. Let's see some more details on what else is part of Messenger apart from group video chat feature.

Facebook Messenger Adds Group Video Chat With Up To 6 Members

Facebook is aiming to make its Messenger platform more casual and orienting it towards amusement for users. Previously, the platform was used to send messages, share utilitarian information and other such stuff. Moreover, it did feature video and audio calls and today's addition is an extension to the video aspect of the messaging platform. You can now hangout on the app for an extended period of time rather than just launching it and open firing texts and stickers to a friend. Facebook portrays the addition as “perfect for those spontaneous moments where text just isn’t enough”.

So what are Facebook's motives behind the move? It seems the company is interested in hooking both, average users as well as office employees with the recent launch of its Work software. Facebook Messenger is now one step ahead of other IM apps like WhatsApp, as it only added video calling last month while Snapchat introduced video calling earlier this year. Henceforth, Facebook Messenger is well ahead of its competitors in the video chat industry. 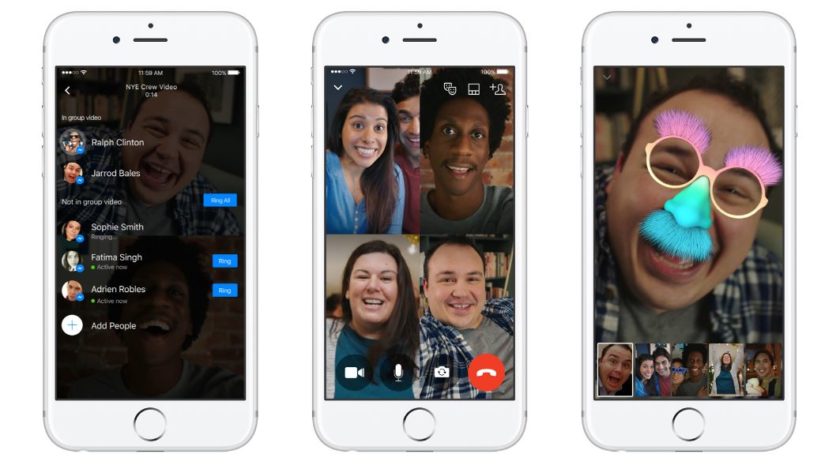 According to Facebook, the feature is heading out to iOS and Android users starting today. If you're interested, check if the app has been updated to the latest version automatically. If it is not, be sure to manually update it once it arrives. There is no impact of the group video chat on other Messenger features.

Other than this, there is a slight difference in versions of the update for iOS and Android. The update also includes live masks feature which is exclusive to iOS. Live masks represent funny animations which you will put on the display. if you're an Android user, the company says that the feature will arrive on the platform soon, so be sure to keep a look out for it.