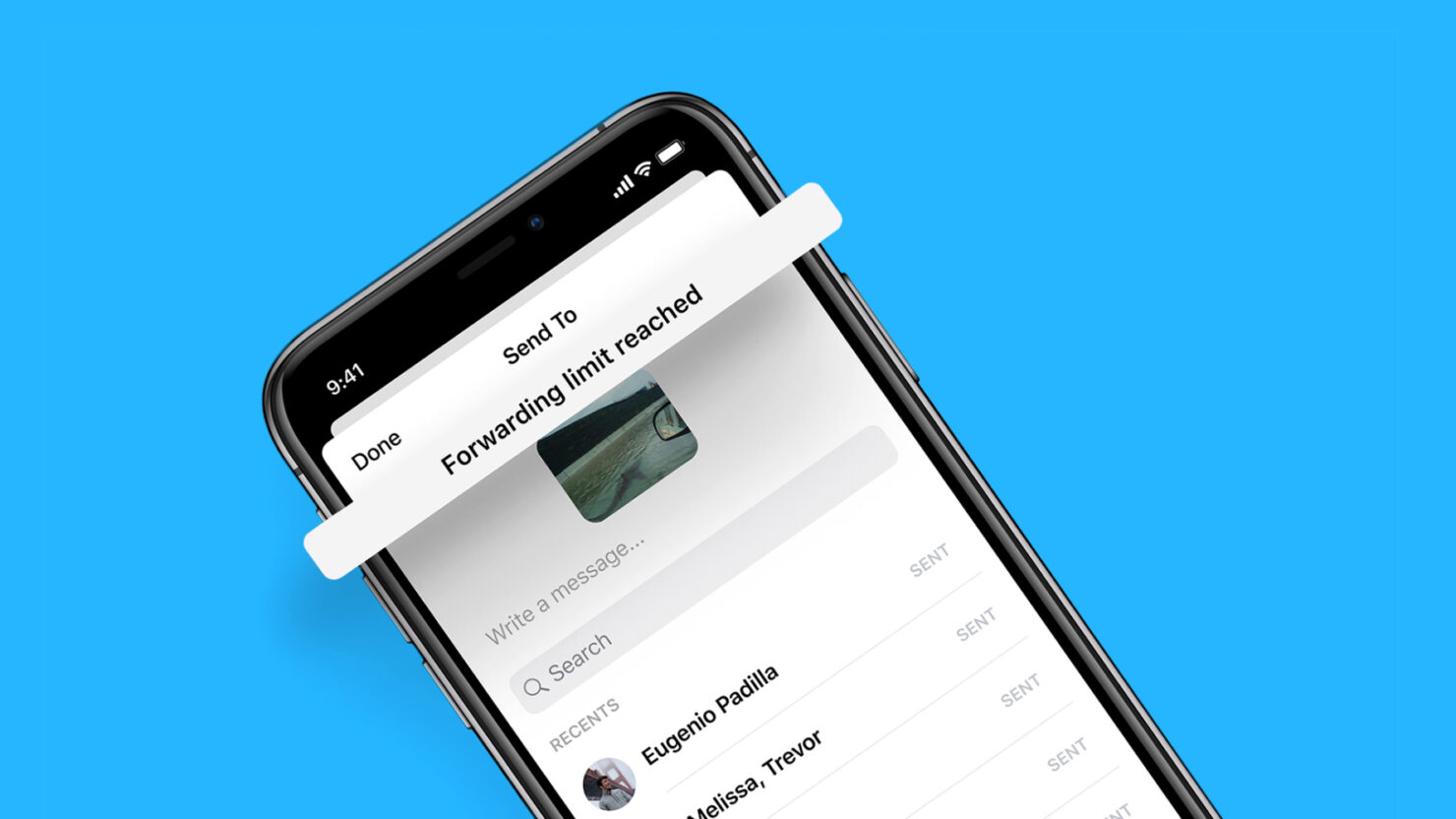 The spread of misinformation is something that we can no longer stop ourselves from. No matter the number of countermeasures there are, there is always someone who is going to forward a piece of misinformation that is going to end up in circulation, and this is something that happens all the time. Thankfully, Facebook has introduced a new limit on the forwarding aspect of the messenger, and yes, the purpose here is to limit the spread of misinformation, which can, at times, be very worrying to a lot of individuals.

Facebook is constantly trying to work towards a social media that is safer for everyone to use, and therefore, has taken this step. Speaking onto their blog, this is what the company had to say,

As a part of our ongoing efforts to provide people with a safer, more private messaging experience, today we're introducing a forwarding limit on Messenger, so messages can only be forwarded to five people or groups at a time. Limiting forwarding is an effective way to slow the spread of viral misinformation and harmful content that has the potential to cause real world harm.

According to Facebook, the reason for the introduction of this feature was to ensure that no more misinformation about the COVID-19 or the U.S. elections is spread. Facebook also talked about how this measure is only going to provide an extra layer of protection by not only limiting the spread of misleading information but also other harmful content that often circulates through Messenger.

This security feature is going to start rolling out on Android in the next few months. With this feature announced, we only hope that Facebook does something similar for WhatsApp as well, as that is also a very critical part when it comes to the spread of misinformation as we have seen in the past.